THE CARDINAL TIP OFF TOURNEY RE-CAP 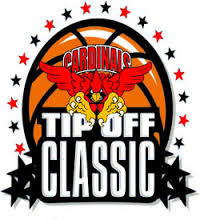 The AAU season for me, doesn’t start until the Cardinal Tip Off Tournament  kicks off. Every year Kristen Somogyi, brings together some of the best teams in the area. She also does a great job of making sure we see great match ups. This year Somogyi out did herself. The amount of talent and quality teams was off the charts. Everyone had to be happy to play competitive quality games. Something that is hard to find this early in the AAU season.

There were some very interesting things that I discovered this past weekend. Like first the comets organization is really something special. Just about everyone their teams in every age bracket was will coached and talented, as an organization they went 9-3. The first game of the day I watched, was not only exciting but loaded with talent. In a game that saw the comets go up by 16 points led by Princeton bound Maggie Connley.. The well coaches Comets held on. But there were stories in this game. First Sara Furch proved she will soon be on everyone’s recruiting list. The 6’0″ forward from SJV broke out her bag of tricks in the first half and was sensation. Maddie “maddog” Doring her high school teammate, showed off her ability to put the ball on the ground and get to the rim. Both were sensational. But it was Katie Rice who stole the show in the last 5 minutes as she became a one women wrecking crew, as she went on a tear, to almost lead the Belles to a comeback. It was a nice start to the AAU season for the Masonious  Belles.  The Comets are so well coached and really forces a team to play a clean style of basketball. They run their sets to perfection, and play totally like a team. They look nothing like an AAU team in terms of how they play and more importantly share the ball. Speaking of stealing the show Mya Grimes folks is a name college coaches better learn very quickly.

I got my first look at both Chambers JERSEY SHORE ELITE teams. This year she has two very different and talented teams. Her younger team,  features two exciting freshman in Middletown South’s Stephanie Mayhoeffer, who seems to be getting better everyday. Mayhoeffer has to be in the D1 conversation with her rapid growth. It clear, she is locked into playing against the best completion. Damaris Rodriguez of Secaucus high school was also brilliant. Her ability to get by opponents and make plays for her teammates is next level. She was impressive all day. But a real sleeper for this younger team has to be Catlin Wingertzahn The 6’2″ freshman, from Trinty Hall has showed that her potentinal is off the charts. She was very active and more importantly showed a real feel for passing and understanding the game. A summer with Mary Beth Chambers will no doubt help her development.

The Chambers Black team took on a Comets team and Tori Hyduke sent a loud message. She is making a real case as one of the best point guards on the east coast. There is zero doubt is will playing at a power 5 school one day, if she chooses. Hyduke was amazing, shooting three’s, dropping dimes and off the charts decision making. Her ability to knock down jumpers make her almost un-guardable these days. But the real story of the entire day had to be Danielle Jordan. Jordan who has returned to the shore basketball community, she came out with bang. She was outstanding and had everyone buzzing. She knocked down three’s and got to the rim. She at time was so good it was scary. Jordan once thought be one of the best 8th graders in the shore, is living up to that these days. She was smiling and balling all day. College coaches hear me now..SHE IS A D1 LOCK  and has found a true home. She also announced she will return to basketball at St. Rose this year….JORDAN, COULD BE THE STORY OF THE YEAR.

The Coyle Cardinals may have lost a few stars. But make no mistake, they are reloaded. Jasmine Lyles is  just a stud in the making. She is clearly a future D1 player. She not only gets to t he rim. But she is a true big player maker, in every sense of the word. Lyles also does something you rarely is in AAU. She plays next level defense. Kayla Burnett  was just off the charts as well for BBA. She has gotten bigger and stronger from a year ago. He game is much more compete and she is a D1 lock player. Imari Lewis for my money was the best player in the building. She made everything look so easy. She is the total package as a player. I had a very hard time finding a weakness in her game. She just seemed to do what every she pleased

Jordan Nixon of Ixcel is flat out a superstar. This young lady has to be one of the best in the country. There is nothing is cannot do on a basketball court. She is that rare of a talent, that comes along once in the ball moon. But  playing with kids like Jazmine Carter, doesn’t hurt her cause. Carter is so skilled for a player her size it seems unfair. The baby faced Carter, has hands from the heavens. Set college level screen and attacks the glass. There is no question a Power 5 school is in her future. I will writing a blog about her later in the week.

I had planned on watching the babies at this event the next day. But was under the weather, but from all reports it was much of the same. Lots of deep competition and great games. Kristen Somogyi has put together the best early AAU tournament locally. The Tip Off is a must see tournament because of the competitive games and talent….BRAVO TO THE ENTIRE CARDINAL ORGANIZATION.

Next Monday is a New Round  of Point Guard school

Next Tuesday new Round of Core Skills