MY RANT…AAU DEALS IN THE DARK 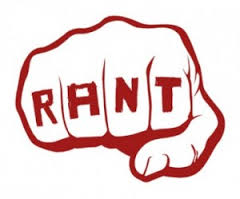 I really don’t expect the AAU world to change much..read this first to understand why (https://hoopgroup.com/headquarters-blog/uncategorized/tiny-green-says-aau-girls-basketball-precipice/). I understand that their is no loyalty in AAU. I also know often times AAU is blamed for just about every problem in the youth basketball world. It’s clear college coaches and the NCAA have enough  of AAU. But if you want to know where all the AAU problems start, look no further than the AAU coaches and parents themselves. Most parents, interest in AAU starts and ends with their child. The AAU coaches say they are concerned only about the players. But in the end many are only concerned about winning games(NOT SHOWCASING PLAYERS) and feeding their ego’s. These two parties are the main reason the NCAA gets closer to killing off the AAU world everyday. It’s because both parties are short sighted. 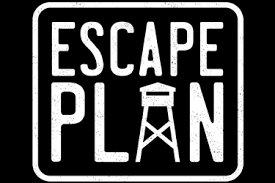 This is the time of year that AAU bring out the worst in everyone. It’s the time of year where players, parents and coaches secretly plan their escapes. The parents feel its okay to call other teams and make moves in the dark. The players of these players know what their parents are up to and say nothing. There teammates are often left in the dark, never expecting the surprise that awaits them…like their team is breaking up! The AAU coaches start secretly start trying to steal players from other teams. They talk about how they will help them in recruiting and get them more exposure. They will talk about all their connections with college coaches. What they won’t talk about, is that player calling their current team to discuss that they may be switching teams. What they won’t do is give the player’s coach they are trying to steal, the respect of a phone call. It’s AAU who cares, everyone knows AAU brings out the worst in everyone.

I can name no less than 7 juniors who do not have a scholarship offer, who are better than some juniors that do…THIS IS A FACT! Now how does that happen? Because these players have made bad decisions, like who to listen too and where to play in the July period. I can tell you 5 players without Division 1 offers that attended Academic Elite, who left with a Division 1 OFFER ON THE TABLE. I can also tell you I called some kids and said “you need to attend ACADEMIC ELITE”. Their answers range from, my coach says it’s better I go to such and such place(because Tiny Green doesn’t understand the recruiting process). Some said my coach says its wrong for me to leave a tournament. Let me understand this, Academic Elite is the last day of the recruiting period every year. So you missing the final game at some event, where all the coaches are already gone is going to effect your AAU team….NONSENSE. It’s called control and it’s wrong, but don’t feel sorry for some of these kids. These kids and their parents played the political and lost…these juniors now are under the gun and next APRIL  better preform well. …oh wait the NCAA IS TALKING ABOUT TAKING THE APRIL PERIOD AWAY…Think those AAU coaches care? Are they going to pay for those kids educations? The answer in both cases…HELL NO

So now we go into the fall recruiting period. You think players would be in the gym, training and getting ready for high school and the 2 day recruiting weekend. Nope many are planning to switch teams and their doing it without letting their current teams know. Some players who have already COMMITTED to colleges will decide not to play. I wonder if they would be playing if they did not have that scholarship? They will not care about the seniors or juniors on their teams without offers. Those players will be on their own and their parents will not understand how this could happen. There also will be players who don’t plan to play in the fall for whatever reason, and will never tell a soul….

I will never understand, how people who say they care about each, can turn their back on each other, so quick. I cannot understand how anyone believes quitting on your team is right on any level. I cannot believe coaches are so desperate that they can’t wait till the spring to change their teams lineups. But disloyalty, lying and stealing are all part of AAU this time of year. 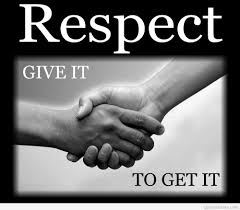 So now some seniors and talented juniors will scramble to find a team. Some coaches who had planned on having certain players will scramble to replace those players, for one weekend. Some teams will be playing for the first time as a group in front of college coaches….good luck on that working out. Some teams will show up with 5 or 6 players. I have the solution to all these problems. How about everyone try being upfront about there plans. You changing teams? You thinking about changing teams? You not happy about something? Pick up the phone and call your AAU coach, inform your teammates. This allows everyone time to prepare if the player stays or leaves. AAU COACHES, why not respect other coaches and kids, wait until after the fall to make team changes. This way some good kids, still looking to make their dreams come true, will not be affected. I believe that everything starts with the  PARENTS and AAU COACHES. Both must change their ways and start doing things above board…… Please stop doing business in the dark. TOO MANY KIDS ARE BEING HURT….IT HAS TO STOP! 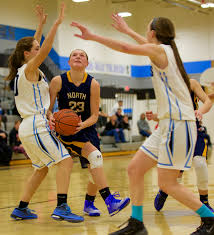