Monique Davis-Campbell… DESERVES SO MUCH MORE 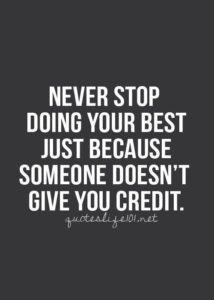 First let me apologize to the RFH team for a major mistake in my blog yesterday. I totally left them out of my blog unknowingly. But today I want to write a quick blog about something that has really bothering me that last two days.

I have been to a TOC semi final once and that was 8 years ago. I have very little interest in the event for reasons that would take to long for me to list here. But last weekend my daughter who is a asst coach at Colgate  and her boss, Coach Cleary came down to see a few kids. It gave me the perfect excuse to see her and watch the TOC semi finals. Both games served as a chance for me to see some old faces and support some kids, I know. Which gets me to my blog today. Many times people get upset that I only write about the shore kids. I give little attention to players outside the shore. Last weekend, I regretted, I don’t get out of the shore and advocate for more kids.  Monique Davis-Campbell was one such kid. Here is a kid that every coach in the stands was praising and loving and yet, I found out has not sniffed a scholarship. 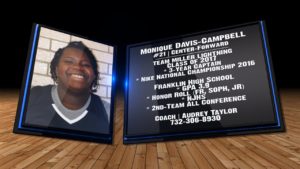 Let me say this to the D3 schools recruiting Miss Davis, Bravo and I hope you get this young lady. She is going to be special at the next level. But I am so disappointed that this young lady does not have multiple scholarships offers. I sat in the stands with D1, D2 and D3 college coaches Saturday  and  every college  coaches favorite player was Monique Davis Campbell by a long shot…by a mile. We were all amazed by this young lady. We all wondered who was recruiting her. Two D3 coaches admitted thkey were recruiting her. Both said she would be a superstar for them, there right. But here was the strangest thing of all. We all were asking, where does she play AAU?. Then coaches were asking me; if I trained her? The only answer I could give, was I have no idea, who this young lady was. I still have no idea as I am typing. I still have no idea where she plays AAU. One D3 coach, a good friend of my mine recruiting her said she is a great student.  Miss Davis was a stranger to every D1 and D2 coach sitting in the stands, next to me. We all just sat there, loving watching her play. But I was sad, that nobody had advocated for her. It was clear, she did not get the love, she deserves so much more of. In my heart as I was driving home, I was in pain for her. I called my daughter and said, what’s your thoughts. She said “dad I love that girl but we are done with that class”. She then said ” I know your upset about her,  but don’t worry she going to go somewhere, and  be amazing” My daughter is right that will happen. But some how I feel Miss Davis Campbell is not getting her due, from a recruiting stand point. 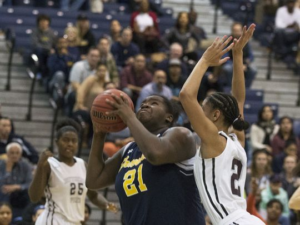 We as coaches talk so much about kids playing the right way. We talk about how kids are so selfish these days. We talk about how kids only care about points and being in the paper. Yet when a kid plays beautifully, when coaches sit in the stands, raving about a kid’s IQ and understanding of the game, we say nothing. When a kid’s sole interest is winning and supporting their teammates, we take them for granted and ignore that kid. When a kid totally sacrifices their game for the team…WE SAY NOTHING.  Monique Davis Campbell, is such a kid and few know her name.  Even College Coaches don’t know her name. She just won a state title and I doubt anyone understands her value. Maybe this is the reason kids are selfish and don’t play the right way. Maybe kids have figured out,  its about getting your name in the paper and putting up phony stats. Campbell’s stats are winning stats. They don’t all show up in the box score, cause she does so much more, that stats. But with her all her sacrifices, where are the personal rewards? Why are we not hyping and giving her some love. 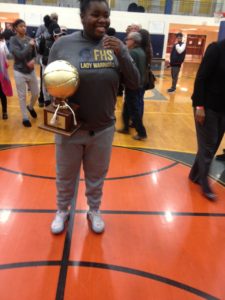 All she does is win and out play EVERYONE

It may sound like bragging but NBS is the most competitive basketball school in the state. No place can you find more talent in one place. The number of D1 and college players at NBS cannot be matched. This year NBS had 23 D1 seniors alone. But you know what’s iinteresting? Few had the ability and IQ of Miss Davis Campbell. It pains my heart to know, here is a kid better than some kids who had multiple scholarship offers, and yet she  is a ghost. I can’t stop thinking how this could happen. I thought to myself, Davis Campbell just out played two of the best players at her position in the state tournament on the biggest of stages. Two D1 players going to mid and high major schools. Yet Campbell is not even a thought to most colleges at any level…WHY?

I think I  know why Monique Davis-Campbell is not a household name. I looked at her season stats in the so called real games. Know what I saw? She out played, some of the so called superstars. I noticed she out scored and rebounded them on most nights, just like she did in the state tournamentd. But even with all that, the stats still don’t show the extra passes, she makes, it can’t show how she releases pressure and passes opposite. It can’t show how she plays defense, like no kid I have seen in the lane. Yes her stats just show, she out played her opponent, but doesn’t tell the real story. You see Monique Davis- Campbell doesn’t look the part. She is not 6’2″ blessed with a college ready body. She is not quick like Diamond Miller. She doesn’t look the part of a superstar. You see this is why I believe she has gotten overlooked.  What she does on the court, doesn’t matter because she doesn’t get the attention that someone of her ability deserves. She is a afterthought, who in some ways… been give  a raw deal.

Soon the state awards will be given. The names of the All State and Group award winners will go to kids, she has out played and even in some cases destroyed. These players will be treated as stars. They will get their picture taken and names put in the paper. Monique Davis-Campbell will most likely not be one of those names. She will in her heart say ” I crushed those girls” but it won’t mean anything.  It won’t mean anything, because the Tiny Green’s of the world never gave her the love. The Tiny Green’s never hyped her, like he has done for other less talented girls. She will not get many awards because along the way, she never had a hardcore advocate. Somebody that was truly offended by her lack of recognition.  For two days Monique Davis-Campbell has been on my mind. I am angry and pissed that I was not there to help her. ‘I’m angry because when people say you never leave the shore…THIS TIME THEY WERE RIGHT.

Monique Davis-Campbell has a state title, no way in hell Franklin wins it without her. But in my heart, somehow I feel Monique Davis-Campbell should have more than a state title. …she deserves so much more. Monique I wish I could have met you. I wish you had come to NBS or academic Elite….I wish,  I would’ve done right by you girl….but here is what I know……you are going to SHINE IN A BIG WAY.  IT WILL JUST TAKE LONGER FOR EVERYONE TO SEE IT…..