The first thing every kid who dreams of playing in college should know; The fastest way to achieve that dream is to get it done in the classroom. It’s the one area that truly separates one player from other. There is something very comforting to a university and a coach when they know a student athlete will never be a problem in the classroom. When a player is talented and a great student they become part of a very small club. While there are many great schools across the country playing Division one college basketball, there are two conferences that are considered the Holy Grail for true student athletes. The Ivy League and Patriot Conference is where the word student athlete is not a punch line. The schools that make up these conferences have no peers as a group.  These schools are very selective and the kids that attend these schools can only be called special. ALEX BARAZOTTI of RBC is now part of that unique club… on Wednesday evening she gave a Verbal Commitment to Patriot League School, Loyola University of Maryland! 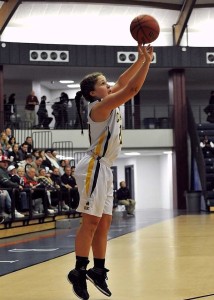 Loyola fans will get to see this sweet jumper

Let me tell you about Alex Barazotti, she is not just a great teammate, basketball player and student. She’s the daughter every parent dreams about, she is the sister that you always wanted and then she is the friend every kid dreams of having. This folks is about as close as you will get to the perfect kid. I know of no kid who is more respectful to her parents, friends and coaches. We spend so much time talking about skill sets these days and we forget the most important skill set every kid needs; is the ability to get along with others and make those around them happy, Alex Barazotti has mastered this skill set as well as anyone in the Shore Conference. 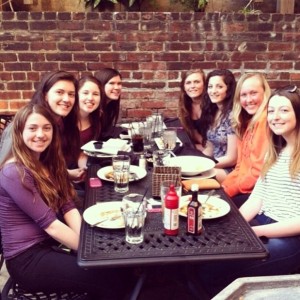 It’s no surprise that everyone around Alex is smiling

When Alex Barazotti was a freshman at RBC, I believed she would be one of the best freshmen in the Shore, but things didn’t work out that way. Alex spent most her freshman year watching and learning. You see when talented freshman don’t get playing time, here is what happens on many occasions. They become jealous of their peers who are playing at other schools. Their parents become bitter and complain and poison the atmosphere, they blame the coaching staff and all those around them. Lastly in most cases they talk about transferring and running away from the challenge ahead of them. Not Alex Barazotti my friends. Alex and family did none of those things, because Alex is winner and winners adjust and ask one simple question…HOW CAN I GET BETTER. 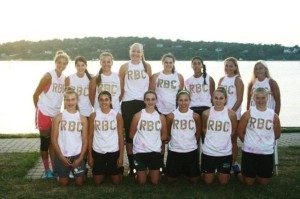 There is something special about RBC kids

The summer after her freshman year Alex Barazotti decided to change her body. She lost weight and gained strength. She spent hours and young players please read these words…  She worked for HOURS every day shooting on her own and with the shot Doctor, better known as Mary Beth Chambers. She turned herself into one of the best 3 point shooters in the shore. Then she spent countless hours working on her ball handling and has developed into a classic combo guard. When I saw Alex Barazotti that summer, I could not believe the transformation. Now how important was that to Joe Montano and his Yankee’s of the Shore Conference? Well Alex was a huge part of the undefeated RBC, SCT CHAMPIONSHIP TEAM. Does anyone know how hard it is to go undefeated in the Shore Conference? It’s like walking through fire soaked in gasoline and not getting burnt. If you didn’t witness or see the work that Alex Barazotti put in you really can’t understand what she accomplished. But it takes a special kid and maybe that’s why she was voted the HOOP GROUP UP AND COMING PLAYER after her sophomore year and has now lived up to the award. 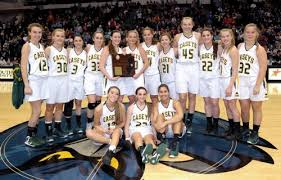 Barazotti has been a winner every where she has played

I don’t know what it is, but RBC just seems a little different than most schools. Maybe it’s Joe Montano and how he runs his program. I’m sorry but I just love everything about his program and how he goes about his business. The man just doesn’t give anyone a pass. He is relentless in every way. His philosophy of the name on the front is bigger than the name on the back is a RBC trademark. But it’s really about the kids that attend the school and the spirit they show, that impresses me, even when coach Montano has to tell them to pipe it down in the middle of a game…lol. When I walk on the RBC campus it just feels different than any other school. The kid ALWAYS say hello and are respectful. I know RBC asst Coach  Peg Fallon is going to upset with me, but this woman every year, sends kids to camp at hoop group and does it on the down low, these are kids who need a little help. She has personally come to that hoop group to see if there are any jobs open for kids and Oh did I tell you there NOT BASKETBALL PLAYERS?  So yes when it comes to RBC and Joe Montano’s program, I have a little extra love for them, because they do things with CLASS ALWAYS…When I think of RBC this year, I think of kids like Grace Fallon who is an angel and Alex Barazotti another angel. These two were the leaders of Joe’s Montano’s babies. The patience these two kids showed this year was amazing at times. The babies made baby like mistakes during the season. Not once did I see frustration or anger on these two star’s faces. I just think good kids get it and Joe Montano let’s be honest wouldn’t have any of it anyway. Alex Barazotti is lucky to have Joe Montano and RBC in her life, but guess what? RBC is pretty lucky to have such a great young lady representing there program and school.

Kids spend so much time competing against each other these days, that they forget how to be friends. This is why when I see Alex Barazotti and her friend Grace Stant of RFH together it gives me hope. It lets me know that kids still understand that you can compete and make friends at the same time. I smile when Alex asks me if I have seen Grace’s prom picture and then brags how pretty she looks. My heart warms when after a recruiting trip, Grace says Alex played great and asked if any coaches asked about her…Grace you can now officially stop telling how great Alex played …lol. I smile when we huddle at the end of a session and Alex jokingly gets the entire group to yell…Villanova stinks. Alex and Grace understand friendship; They make you realize that basketball is still a way for kids to come together and make friends for life. I can assure you Alex Barazotti is going to have a lot of friends for life. 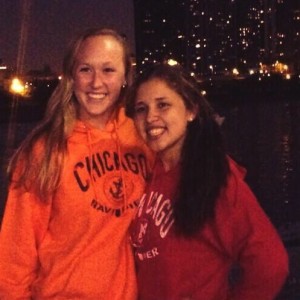 Role models are getting harder and harder to find these days. But if you want a role model there is NONE better than Alex Barazotti, because all you need to do is watch her with sisters and brother. The love these kids share is something to really see. She showers her little sister Daniella with kisses and hugs and thinks nothing of sending you a picture of her young sister dressed up in a cute or silly outfit. She is supportive of her brother Nick and her eyes light up when she talks of him. She and Andrianna team up to make fun of mom and dad, and act like two pea’s in a pod. This is real folks and a blessing to see. Alex really understands they are watching and learning from her actions. There is no question she takes the big sister role very important. Now her sibling know, big sister is playing in one of the best academic conferences in America…  Alex has set the bar pretty high, and isn’t that what big sisters are suppose to do! 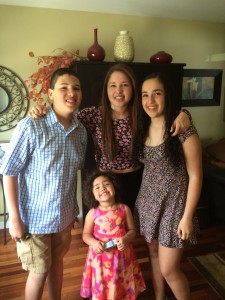 There is no better Role Model

I could talk more about Alex’s basketball background. I could tell you she plays for the maybe the best run AAU team on planet earth, the Chambers Central Jersey Hawks or that her trainers Joe Fagan, Mike Rice and Matt Donnely would swear by her and her work ethic. I could tell you Dr. O’Connor helped her change her body and attitude about conditioning. I could tell you she swears these people have changed her basketball life. I could tell you that she is one of the most dedicated people I know. But it just wouldn’t be fair because Alex Barazotti is so much more than a basketball player and the number one reason for that is two people…her parents. 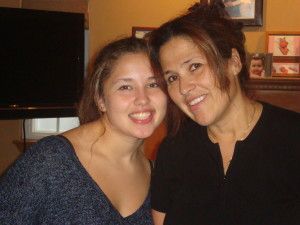 Blessed with the 3 B’s…. Brains, Beauty and she’ s a Baller…Claudia and Alex are smiling for sure these days

If you don’t learn  anything about Bill and Claudia Barazotti,  know this… they are about as humble and kind heart-ed people as you will ever know. They are family people to the core. They raise their kids to understand the word respect. They root for their daughter but not in the crazy self-absorbed way we so often see in parents. They are people that understand it’s about balance and love. Because if you watch this family spend time together, one thing becomes very clear….they LOVE EACH OTHER TO THE BONE. They want their daughter to be competitive but not mean spirited and more importantly they don’t need people to believe their daughter is the best. What they want people and her daughter  to know, is that, if  she does her best, that is enough for them.  I am sure they are proud of Alex but I for one are very proud of  Bill and Claudia Barazotti, because it was they who gave Alex every opportunity to pursue her dreams and gave her that love and sense of fair play. 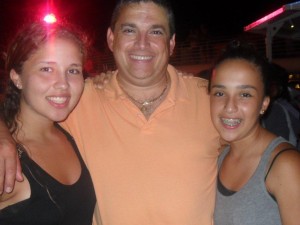 Bill has taught Alex the value of Family and Friendship

Hey Alex! welcome to the club!

This was a smooth move by Loyola College for a number of reasons. First they get a player that will change the culture of their team both on and off the floor. They will get a player who is used to winning championships, check out her AAU team and High School teams track records. Loyola is getting a true ambassador for years to come. Alex Barazotti will be a impact from day one folks…trust me. But even bigger for Loyola is this!!! ALL the best young players in the best high school conference in America not only look up to Alex Barazotti they truly like  and respect her. The flood gates for Loyola may have just been opened and remember this about shore kids…traditional they are good students…..GREAT MOVE ALL AROUND FOR BARAZOTTI AND LOYOLA