THERE IS A PROBLEM GROWING, RIGHT UNDER OUR NOSES…It’s called vaping and parents you better wake up to what is going on. It’s not a faze or just kids acting out or experimenting. 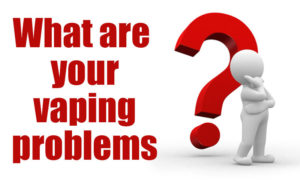 This year I had a coach call me about a player. She asked me if the player she was recruiting was vaping…Smoking E cigarettes. I said no way in hell, turns out she was vaping. I told her parents and they said it was “BULLSHIT”.  I had a coach ready to offer a kid a full D1 scholarship, then call me at the last minute and say she heard the young lady was vaping and pulled the offer. This morning I woke up to a text asking me if a kid was vaping? It was the 2nd such call in 5 days. Folks I’ve had enough of this vaping. Too many people are afraid to inform parents about their  kids vaping. Instead they talk behind the kids back, hoping others take the lead. The  parents of the kids vaping spend time blaming others for gossiping or lying about their kid. So what do good folks do? Stay out the way in fear of being blamed for starting gossip or ruining a kids reputation. Nobody wants to be accused of blaming somebody of something without proof. I say were there is smoke there is fire. When a fellow parent tells you, that your kid is vaping or using drugs…it’s because they care. Hell everyone else already knows, you just don’t.

Now let me explain a few things to parents and kids. That vaping secret you have is not so secret. If your child is a D1 player for example, trust me it’s going to come to light. It’s going to come to light because the very kids their vaping with are going to dime them out. It may not be today or tomorrow but at some point that friend is going to want to feel important. This is when they will play the trump card your child delivered to them. So that little secret you think is not coming out; will.  That is when  it serves some jealous persons agenda.

When parents  find out their kids are  vaping, the  first thing they say is “it’s not drugs” TRUE! It’s just gives kids the courage to try other things they shouldn’t be doing. It also is proff, that your child can be pressured by peers and have bad judgement, that’s the real danger. I have seen parents find out there child is vaping and what’s the penalty? A little yelling, a few  forced apologies and some crocodile tears. Now why do I call them crocodile tears? Because the goal when these kids get caught is the cover up and still play their sport. Now you don’t really think  any of those parents whose kids got caught vaping, removed there kid from basketball activities? God forbid they pay a REAL PRICE for horrible judgement. The goal is keep playing basketball and pray nobody gets wind of that kids  immaturity. As if kids are not allowed to make mistakes. All kids make mistakes but we make them pay for it before moving forward.

Kids need to understand nothing is free and you have to pay for mistakes, regardless how many excuses mommy and daddy make for you. These kids vaping should be immediately suspended from athletic activities…..NO QUESTIONS ASKED. But we all know that’s to harsh of a penalty to take a sport away from somebody for a small period of time.  Especially if it’s during the recruiting  period because the timing matters, not what’s right. By the way not everything can be sweep under the rug, with the old standby, cover my kids ass statement….”we are handling it as a family”.  Translation, hey sweetie don’t do it again and don’t talk about it. We know you feel bad ..GEE WIZ!!

Some parents never think their kid will ever take it that far….well I’m here to tell you, they sure as hell can. A good stern talk is not that answer, it’s just part of the solution. By the way college coaches do you why many of you are getting fired today? Parents protecting and making excuses for there kids behavior away from the court. It’s your fault if they use drugs, drink or vape. You better learn what these parents are about when it comes to  disciplining their children. Because they’re  not changing when you get them on campus. When you try and discipline their kids, those kids are going to fight you Tooth and nail and their parents will be right behind them.

Now I am the biggest hypocrite of all. Why? Because nobody talks to more coaches than me. If I was true to my word. I should be honest with coaches, when they ask the tough questions. It’s how they feed there families in most cases. But I feel one mistake shouldn’t ruin a kids opportunity, especially if it’s vaping.  But what does bother me is when that kid doesn’t  answer for their actions. Like no AAU basketball, community service, mandatory drug counseling education. I don’t care if a kid tired it once, they gotta pay. They gotta pay to protect their reputation, hard work and dedication they put into their sport. They gotta pay so it’s ingrained in their mind. They gotta pay because they have disrespected everyone who supports them. They gotta pay so their sibling know the  penalty .  They gotta pay because their family deserves better. There suppose to be athletes and cherish there health. These kids deserve our support and discipline. All kids crave  discipline? Lets cheer for the parents who give them this. Not those who make excuses..WE HAVE A PROBLEM DEVELOPING …and it’s not going away until we hold our kids accountable. A slap on the wrist is not enough.