THE 2023 SHORE CONFERENCE GOLDEN DOZEN AND OTHER FUTURE STARS…

This year’s 2023 Class is one of the deepest entering classes in years. It is a class loaded with gym rats. What I like most is this class has Top notch parents. The parents push their kids but don’t encourage them to be selfless, this is rare with future star players. I had never seen a year where picking who the clear favorites for ALL FRESHMAN TEAM has never been harder.

I will give you another update after the final week of Core Skills training session one ends.  Today I will give you 12 names to start. Remember this class is mega deep and no question I am missing some kids FROM and NOT THE SHORE… There are  a number of kids people have told me about, that are not listed. I will not make a comment on a kid I have not seen. Too often the player is overrated or not what I believe to be one of the best.. I have listed the 12 Shore 2023  IMPACT BABIES. Remember not every baby trains with me. Lucy Thomas was All Freshman and did not make this list. Lola Mullaney did train with me and did not make the list. DANIELLE SCHLESINGER is on the Short list for All Freshman this year and did not make this list last year. I must be honest I have  only missed a few in 18 years….not much more than two or three over the years. They year we start the 2023 class with  9 D1 lock players, that is a huge number folks.

RFH- they don’t have a Top 4 player but this class is deep and in fact missing 2 more players who may be impacts. Julia Corsentino  is not listed because I have not seen her enough. Yet she could be the best of the bunch. This is the best RFH class in 6 years. RFH will be a Top 10 team and Top 4 team in the shore once again next year.

RBC– They have two of the best babies in the State. Both are major impacts from Day one. They will make RBC deeper and more talented.  More importantly both are versatile and Carman gives them a legit rebounder and  physical presence.

MANCHESTER– They have one of the best babies in the entire state. If they get Gabby Ross. Manchester will be a Top 10 team in the state again. 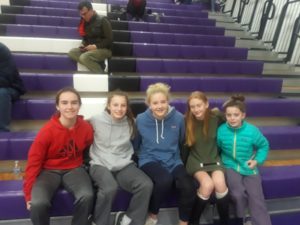 Molly Kelly- 5’6″- Point Guard- RUMSON-  Undecided, dripping with leadership skills. Pure point guard, big time vision. Impact baby and future All Shore type. Excellent handle and ability to shoot the ball from three. Coachable player who can slide to the shooting guard spot. Reminds you of Abby Antognoli of St. Rose.. not bad company to be in. 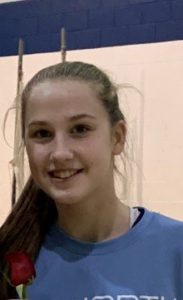 What’s a freshman class without a big time sleeper. Athletic, handle, tough, shoots it. Think Jenna Paul, will be a 4 year starter. Love that she can get to the rim off the bounce and step back for the three. Can guard points and wings because of the quick feet. Real length, size and strenght. Active hands and excellent in passing lanes. Two way guard arrives and is impact.

Quigley is what you call a future IMPACT BABY pic.twitter.com/dw5NsMiJto

Make no mistake where she attends school…is HUGE pic.twitter.com/CCvhu1vZLd

Undecided and has moved into Top 3 in 2023 class. That good, think Stephanie Karcz type player. No player in the 2023 class has seen there stock rise more. Great body and physical strength, makes her ready to play right now. Ultimate gym rat who has made herself into a deadly shooter. Mack train off the bounce to the rim. ..future D1 lock

Attending SJV. By far the best 2023 post these eyes have seen. Future D1 lock..6’2″ long arms, tough, coachable. Possible dominate post player. Big time hands from the heavens, catches everything. Runs the floor as well as any post player in recent years. Excellent passer and rebounds outside of her area. Nice touch around the basket and will be a matchup nightmare in time because of the elite attitude. Think Kimi Evans

Joe Montanto  and RBC pick a up major impact freshman. Insane shooting range, excellent handle. Future D1 lock and coming on like game busters. Fearless and loves competition. She has next level shooting ability and range…think smaller version of Justine Pissott. But its the Crafty ball handling, passing and vision that makes her special.  Difficult to keep in front and big time finisher at rim against bigger opponents. 50/50 ball junkie!! Serious leadership skills and true next level work ethic. Future ALL SHORE LOCK.

Some believe RBC got the biggest fish of all…https://t.co/XW6S0ohwfr

RBC gets future 1st Team All Shore swing player. P5 body. Plays all 5 positions and will be a major impact from day one. Serious match up problem for any team in the next four years. Big time post up ability to go along with three point shooting range. Can slide to the point because of the ball handling talents. Major impact and future P5/D1 player. Big time work ethic. Next level superstar potential.  ALL STATE PLAYER OF YEAR CANDIDATE.

Has not decided on a high school. A grown women, with a grown up game. Future All State POY type guard ..P5 guard in the future. This is the most talented player in the class. She is explosive and more importantly the most competitive player I have seen since Kelly Campbell. Shoots the “3” big time off the bounce. Unselfish and plays so hard it’s scary. She has a college body right now and the attitude is elite. She can score at all three levels. This is a future dominate championship type lead guard.  ALL STATE PLAYER OF YEAR CANDIDATE. Think former All American Shakena Richardson

Trinity Hall Gets a big time sleeper. I just love this young lady. Just may be the smartest player in this class with the ball. Excellent, quickness, speed and insane vision. Reminds me of RBC’s Sophia Sabino and could be as good in time. Sweet reliable handle. Guards on and off the ball already. Knocks down shots, pass first point guard.  I am going on the record…ALL FRESHMAN NEXT SEASON 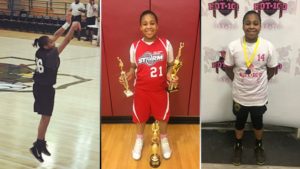 Zoe Brooks is that rare baby!

School undecided at this point. Flat out a beast and scoring machine. Everything about her games screams future Power 5 player. Murder off the bounce and electric at the rim. Deadly three point shooter off catch or bounce. A defenders worse nightmare. Another three level scorer who lives at the foul line. Elite attitude and coachable ALWAYS. The handle is exciting and devastating. This is a future ALL STATE PLAYER OF YEAR CANDIDATE. 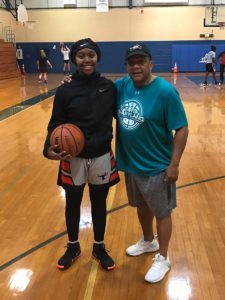 Bailey is so very special

When all is said and done, she may be the best player in the 2023 class. The body is next level and the skills set are true. Plays the right way and more importantly has elite IQ to go with elite talent…rare stuff. Has the ability to over power of finesse players at rim. The handle is professional not fancy or attention grabbing. Athletic as they come and with real force…Lets get her in the shore now, P5 type talent. (https://nothingbutskills.com/11634-2/)

Will be attending Moore Catholic- She is the best shooter in the 2023 class. Her ability to make shots is shocking but its ability to finish at the rim that makes it all work. She is one of the most efficient players in the glass….DISPITE  rumors you may have heard…never takes a bad shot. Sneaky athletic and uses her body well…Future Power 5 guard FUTURE PLAYER OF THE YEAR CANDIDATE

You may not don't know them now..But guess what they're playing D1 basketball in South Jersey pic.twitter.com/Hp0kaE6mvl

Will  be attending Cherokee high school. Athletic player with college body, quickness is next level stuff. Tracking as D1 player right now. Her ability to get to the rim is special. Knocks down the open three…mega toughness. Future impact baby next season.

Coaches this is a red light alert. This kid has come out of nowhere and she is a killer. She is relentless near the rim and plays with real next level energy.  She has serious as in real serious length. Her toughness is off the charts as is her fist step and ability to finish EVERYTHING at the rim. She can step away and knock down three’s …serious competitor and not afraid of anyone. She my friends better be on your list of must see 2023’s

They are the real deal, have a old school game. Never out of control and have real next level ability. Both are insanely smart and insanely gifted players. Both are future D1 studs. Both have every skill set needed to dominate. Passing in traffic and transition mistake free skill sets. Both are big time defenders of big or small guards. Both can bury the three ball and over power smaller point guards. Finally they are as competitive as it gets. They will be impact players the day they put on a high school Jersey….they RECRUIT IN NEW YORK AND ITS OWN FOR THESE TWO.