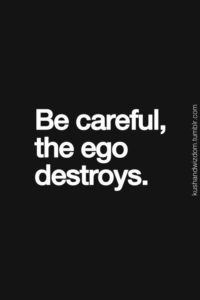 Today kids have ego’s and worst there parents have BIGGER  ego’s. It why when somebody tells me a player is great...I pay exactly ZERO attention to it. I prefer to wait and see that player myself. I have seen enough so called great players, that were not so great. My idea of great is much different than some others. Great to me is when a player is talented, works hard and is a great teammate. I want to know if that players’ parents are disruptive and capable of tearing a team apart. I want to know if that kid respects their peers and coaches. I want to know the body language and attitude of that kid. There is no greatness label until I know and see with my own eyes…MY EYES tell me TYONNA BAILEY FITS THE BILL.

Nothing gets under my skin more, than when somebody starts talking about player rankings. Like a ranking shoots a ball, makes a pass or gets in the gym and works hard. Players matter… not rankings! There are those who believe some how a ranking gives a player star power, status or standings with others. In my case I laugh at rankings and think it’s one big joke. I ‘ve had kids ranked as high as the #1 player in their class at NBS and I tell them if you believe that nonsense…god help you. I have thrown out and banned players from attending NBS for talking about rankings at NBS…I say leave your ranking at home…”don’t bring that bullshit in here”.  Today many kids and their parents love talking about ranking before they hit the floor. They think it will give their child an edge…in the phycological  game. Many so called ranked or star players will never attend NBS or Core Skills because they know I don’t give a rats ass about ranking. I believe in performance, end of story….again this brings me to TYONNA BAILEY.

One of the most electric and exciting 8th graders I have seen all year
Tyonna Bailey 2023
University Heights Charter school
Newark, NJ pic.twitter.com/TfdR7K9neP

I’ve met Tyonna Bailey once in my life. Exactly once at NBS, to this day I have no idea how she showed up at NBS. All I know is the best  8th graders, with the exception of  a few have attended NBS. The one’s who don’t attend I have heard there names along the way. But Tyonna Bailey was a name I had never heard before. It was a face, I had never seen anywhere. Never do I put a younger player on a main court at NBS regardless of who they are at NBS on day one. I put Tyonna Bailey on the main court against one of the best players in the state. It was her first day and I wanted to see what she could do on the court. I needed to know who to match her up with during the session. The problem was, I didn’t know she was a 2023 until after the session. She had the body of a college player and the personality of a seasoned veteran. Her maturity level showed nothing of her age. But more importantly, her game roared so loudly throughout the gym, it was impossible not to notice her. 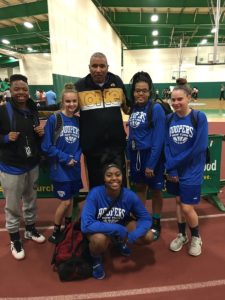 Now I see most of the best 2023’s and I’m sure there is some out there better than Bailey. But until I see one, she is the best I’ve seen. Not because of the explosiveness, competitive nature and off the charts communication skills with her peers. Not because her handle is so next level and so clean, it’s hard to believe. Not because of her ability to create and go off script for baskets against ELITE OLDER PLAYERS. These are not the reasons. I could go on and on about what makes her so very special . But rather than do that, I’ll just tell you without hesitation. I have seen no 2023 with my own eyes, who can score at all three levels equally well as Miss Bailey.  I could tell you she understands defense is not just stealing the ball. Tyonna Bailey is different than any 2023 I have met for another reason… SHE IS NOT FULL OF HERSELF. She plays basketball for the right reason and the right way.  She likes the game and the connection I witnessed between she and her dad, moved me. The relationship is clearly based on truth and love….not just basketball. That’s just the bonus to her complete  package.

Now here is what makes Tyonna Bailey different. After NBS, again the only time I ever met or spoke to her. She stayed and shot around with players and girls she never met before. The entire time smiling and having fun, the entire time being inclusive of all. This told me the young lady was ego free. It also told me she could relate to her peers. These are the things that make a player GREAT. It’s why, I did something I rarely do after seeing and talking  to her once. I called a friend at a Power 5 school  and asked him if her knew who she was, he said he did not. I t0ld him he better learn her name quick. I told him Tyonna Bailey was going to be something special. 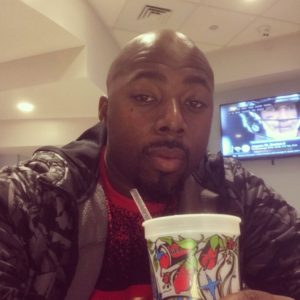 I spoke to her dad after the NBS session. It was then he told me she was in 8th grade. I couldn’t believe it. I thought she was a junior or senior. What I found interesting was that Tyshawn Bailey (coaches the quicker you learn his name the better)was not interested in bragging about his daughter’s ranking or how many points she scored. He was interested in one thing, his daughter playing basketball and that’s it. He seemed to be interested in her developing her game and not much more than that. But the one thing that jumped off the page and caught my attention. The main reason I am writing this blog. He could care less about what others were doing or saying at NBS. He seemed above the nonsense that surrounds young talented players. He didn’t care or ask about who the best 8th graders in the gym were. In fact he didn’t ask who anybody was…do you know why? Because he didn’t care. There were four or five,  8th graders who were ranked by some silly service somewhere and I think he knew that his daughter was talented and didn’t need to be validated by anyone…including yours truly. 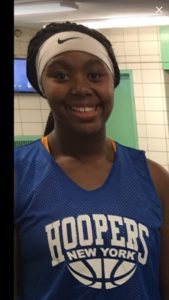 So here is what every parent should know about Tyonna Bailey. She was a post player two years ago playing out of her future position.  She was a average player at best two years. She has completely changed her body in two years. It remarkable, I have seen the pictures. A dad and daughter making this remarkable change together. The words people use to describe her and dad… “She is so unselfish”, “a great teammate”, “humble and hard working people”…GOOD PEOPLE! They way I describe her is like this and college coaches hear me loud and clear… this is as good as it gets, this is the package you dream about… this is a kid who has GAME OVER REP….AND RANKINGS!