There are two players with ACL injuries this fall and it breaks my heart. There are many reasons why young ladies blow out their ACL. I don’t think anyone can say for sure why this happens. In many cases I believe it’s just the luck of the draw. But one thing I am 100% sure of and its this…kids are playing way to many games and it is really becoming a problem that is spinning out of control. The sprain ankles and twisted ankles are killing players…and there appears to be no end in sight.

I’m not sure how you fix the problem of kids playing so many games. I do know this; players and their families are being put in a tough position. The NCAA keeps taking away recruiting days as a form of punishment clearly directed at the AAU world. But who are they really hurting? The kids, that’s who, because the kids are backed into a corner due to the small windows created by the NCAA recruiting calendar,.  They want to play AAU and they want to play High School basketball. But when High School basketball ends, the AAU season starts immediately.

“It easy for us to all complain, but the bottom line is who is going to tell an AAU coach they are playing to many games?  NOT ME, AAU coaches like it or not are part of the recruiting process” Quote D1 asst Coach

In the spring AAU gets into full swing, the AAU teams have their player’s full attention. They practice in most cases twice a week and play on the weekends. Many kids have already played anywhere between 30-35 high school games, so playing the games begin to add up.  But the real problem is when the High School summer practices start. Now a kid is playing 4-5 games on the weekend and practicing with their AAU team twice a week.  Then they are asked to practice with their high school team 3-4 days the same week. Folks this is insane and everyone knows it, especially the parents and the players, who are caught between a rock and a hard place.

“Our job gets harder every year.  When we see kids play, most have already played 50 -60 games during the year and then in the summer we never see them fresh, it’s really sad”  Quote Big East asst Coach

I believe that the high school coach has to allow a kid to focus on the AAU season in the summer. After all the High school basketball season doesn’t start until December, I say let the kids be as prepared for the July recruiting period as possible. Forcing a kid to choose where to play or forcing them to play so much in the months of June and July is not fair to that kid. The AAU coach in many cases has put a ton of time into these kids and in 99% of the cases JUST WANTS THE PLAYER TO BE SUCCESSFUL!  In the end it benefits the AAU program, the High School and the player.

But let’s be honest the real problem doesn’t start in the spring, ITS STARTS IN SEPTEMBER. This is when the player is back in school and should be concentrating on their school work and preparing for the high school season.  Most high school coaches in the fall are trying to get their teams in the best shape possible for the season. Next they are practicing twice a week, so they can get a jump on the competition and it also allows their players to BOND and focus on the season ahead. Lastly most teams play in a fall league of some sort, nobody plays a lot of minutes and the games are not about winning but more about giving everyone a little game time TOGETHER. This all sounds pretty good….RIGHT? 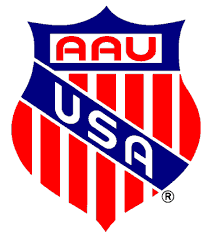 NOT SO QUICK, because here is where the entire problem with injuries and too many games come in to play. There are some AAU teams, which begin practice and playing games in September. Here are some of the reasons they give for doing so; they want to get ready for the 2 day fall recruiting period. They are training there players, so they can work on weakness. The players need the competition to get ready for high school. I don’t agree with any of these reasons and here is why. They have been playing AAU for six months and don’t play another meaningful AAU game again till APRIL. People now you understand why we have torn ACL and kids not playing to their potential.  It’s simply to much playing for over too long period of time. This is why some High School coaches and the NCAA have a problem with the AAU world. This is also why more and more high school coaches are creating their own AAU programs, and the NCAA keeps taking recruiting days away.

“I JUST CAN’T UNDERSTAND, HOW KIDS PLAYING MORE GAMES THAT COLLEGE AND NBA TEAMS IS HEALTHY OR PRODUCTIVE” 25 YEAR DIVISION ONE COLLEGE COACH

Somehow we must stop the MADNESS; the volumes of games these kids are playing are out of control. The high school coaches and AAU coaches must begin to work together. The AAU folks must respect the high school season and the importance of the high school basketball experience because it resembles and in many cases mirrors college basketball. But the high school coach has to understand that the kids need AAU basketball, for the competition and the exposure. But the one thing I know is a fact, the NCAA keeps shirking days and the college coaches jobs keep getting harder and harder…..and the one paying the biggest price? The ATHLETE

“Everyone is blaming AAU coaches, they don’t make the rules. This whole AAU thing needs to be broke down and started over from A-Z , the NCAA  and everyone are looking for a quick fix, there is no quick fix” Quote D1 head Coach