SOPHIA YEVCHAK OF NEPTUNE OFF TO MARYMOUNT

Lost in the mist of so much happening in the high school basketball world, a player made her dream come true. This player has had to truly hold on to her dream, when it made no sense to do so. SOPHIA YEVCHAK has been though the toughest of times. She has been tested like no other player has been. She has had to fight every obstacle known to basketball to arrive at MARYMOUTH UNIVERSITY WHO SHE VERBALLY COMMITTED TO last week. 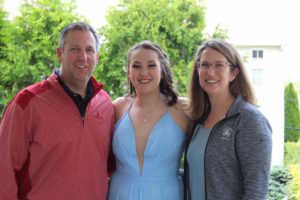 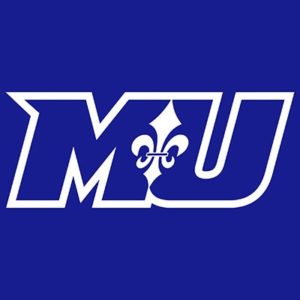 It’s funny but Sophia Yevchak has been playing a waiting game her entire basketball life. So it’s not surprise that we are talking about her accomplishment a week later. You see nothing has ever come easy for Sophia, but she had the one thing that has separated her from most kids. The ability to hang on and make lemonade out of the lemons handed to her along the way. She has been blessed with that rare gift to get up after being knock down. She has been able to do this because her family has been supportive every step of the way. Mr. and Mrs. Yevchak never stop believing in their daughter. If not for them, this would have all been for not. You see, they never allowed their daughter to say enough…they convinced her the word was MORE.. as in more work. 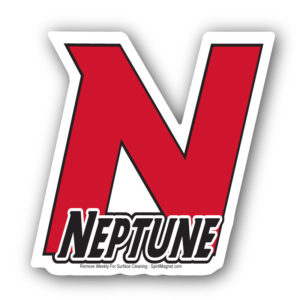 I met Sophia 3 years ago, she was in the gym shooting. I took a liking to her work ethic, so I told her to come over everyday after school and work out. She said yes, next thing I knew Sophia and me were a team. She’d come over and work out for 90 mins at a time. But more importantly than that, I started to see real improvement. I started to see her developing and real enjoyment showing up in her workouts. We’d tell jokes or rather I tell jokes. Her mother or father would sit and watch the workouts with a smile. They were happy their daughter was happy and working.  Going into her freshman year, I felt she had a chance to play varsity for Coach Brown at Neptune. I was right she played Varsity as a freshman. I knew she was in for a big future. But then she got injured before her sophomore year and missed the season. It was heart breaking for a kid who had put so much of her sweat, time and tears into basketball. If there was ever a time to doubt one’s self this was it for Sophia. I wasn’t sure if she could put all that time and work back into basketball again, like she had done for 16 month. Then to have it all taken away. Thank god her dad Mike was there, he reminded her,  it was part of life and that she would be fine. She trusted her day. 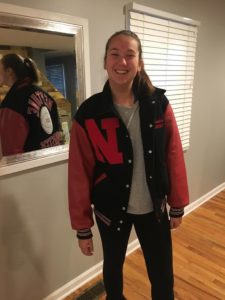 Going into junior year Sophia Yevchak appeared ready to a big step. She played AAU for the SHORESHOTS. She trained at NBS and HOOP GROUP.  There was nothing but high hopes as summer AAU season was ending. That was until the last day of the live period she broke her ankle. It was almost to cruel to be true. Nobody could believe it, it was of the few times in my life that I believed a kid was DONE. I  was sure than nobody could possible bounce back from this for a 2nd time. When Sophia was cleared to play, I worked her out. I could take she was down about her future in basketball. She told, she just wanted to play in college. She wasn’t sure if anyone would want her at this point. I assured her schools would want her. She had lost some much basketball time. But once we started working out it was clear she was willing to do whatever it takes to make it all the way back. She wanted one more fresh start. 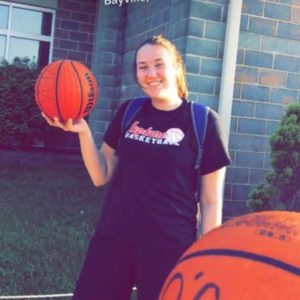 So following her junior year, she switched AAU teams. She went to play for John Mayo and the Central Jersey Hawks. Now me and John Mayo are not buddies, we are cordial to each other. But the fact of the matter is that, John Mayo is changing a lot of lives. He has become a master of helping kids get discovered by D3 and D2 high level academic schools. He is passionate about kids picking the right schools and picking schools they can play at…not ride the bench or be unhappy. He may have just done his best work with Sophia Yevchak. They have developed a real bond. He has guided her with the perfect mix of demanding and encouraging. It was John Mayo that got the ball rolling with Marymount University. It was John Mayo that helped Sophia Yevchak see the light. Now Sophia Yevchak has made her dream come true. She has had a angle on her shoulder in John Mayo. 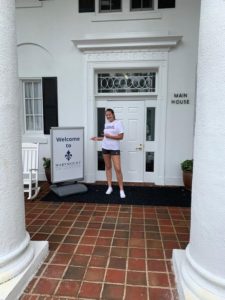 Sophia Yevchak and her family are nose to grind stone people. They just keep plugging away. They are okay with hard times, they believe tough times don’t last …only tough people. Sophia Yevchak has been one tough young lady. She has had to over come so much along the way. She has every set back a kid can experience along their basketball journey. But right now today. Sophia Yevchak is in the drivers seat. She has proven hard work will be rewarded. She is an example of what can be if a kid….LIVES THEIR DREAMS…CONGRATS TO SOPHIA YEVCHAK AND MARYMOUNT UNIVERSITY
https://youtu.be/HsCnO9LO4XI