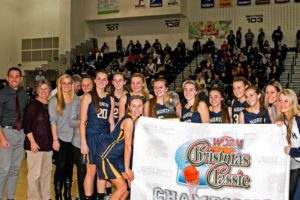 VICKI GILLEN HAS HER TEAM ROLLING!

VICKI  GILLEN– Toms River North- She has put together one of the best coaching jobs we have seen in recent years. Losing her star point guard and still not missing a beat. TRN won the WOBM and did it in grand style. She has her team in the Top Ten and mostly likely the Top 20 this week. 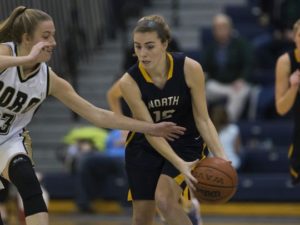 TUTZAUER turned in one the best performances of the year

ASHLEY TUTZAUER-Jr- Tom River North-  She had an electrifying preformance in the WOBM. Her 32 point explosion in the final was nothing short of show stopping. Right now she is as good as anyone shooting the rock. Tutzauer has stepped up big this year AGAIN. Last week she was at her best! 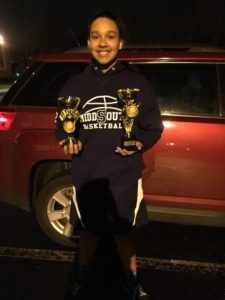 This will not be Richardson last time winning this award!

KAYLA RICHARDSON- Middletown South- This was just a matter of time. She is the most versatile freshman in the state. Her impact on Middletown South cannot be understated. She was sensation in Florida this past weekend. her 12 point, 7 rebound, 3 assists  and 2 steals in game two, of  South’s FLA trip was just a peek into the future. My guess is that she will win more of these awards than any other freshman. 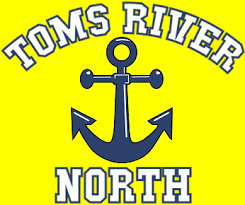 TRN are becoming the story of the year. 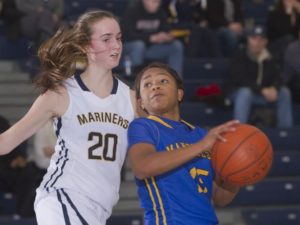 Where would TRN be without Amanda Johnson’s stellar play this season?

TOMS RIVER NORTH- There is no question that TRN north is the real deal. Not only are they 7-0 entering the New Year, they have a WOBM title under their belt. Amanda Johnson has been sensational. She averaged double figures in the final 3 games of the WOBM. Jenna Paul and  Ashley Tutzauer have set the standard in Ocean.

4. ST ROSE– Lost may help down the road. They will need to stay Sharpe until next real challenge.

5. RED BANK CATHOLIC– Hayley Moore could be just what they need with Montange out.

6. MIDDLETOWN SOUTH– Will need to be competitive Thursday.

8. NEPTUNE- Injuries ..but divisional play helps until they get healthy again

9. POINT. BORO– Hughes and Lassen are not done

HOW THE OTHERS SEE IT… 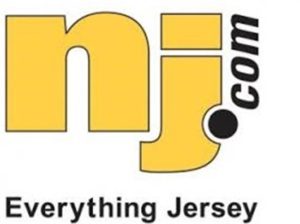 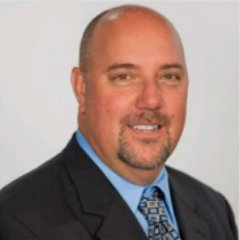 FOLKS YOU HAVE NOT LIVED UNTIL YOU HAVE BEEN TO THIS PLACE…OMG!!