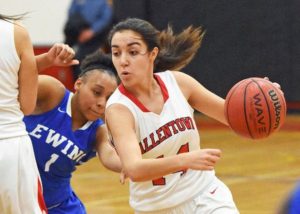 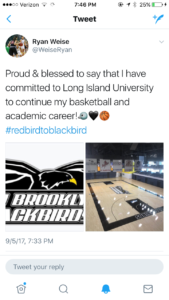 Last night I received a call from Ryan Weise of Allentown high school. She wanted me to know that she had committed to LONG ISLAND UNIVERSITY. It was call that did not surprise me. LIU showed Ryan Weise the love all players are looking for. It’s why today she is officially part of the LIU BLACKBIRD FAMILY.

Ryan Weise beat the odds, she had none of the advantages most kids have on there journey to Division 1 basketball. She played at a high school that got little if any publicity. Despite putting up scary numbers and making All State. She basically is a unknown to most in the state. She also had false labels pinned on her, like she was just a shooter. That her ball handling skills were limited and her defense was questionable. The first time I saw Ryan Weise at NBS, I thought people had lost there minds. First labeling her as just a shooter showed a total lack of respect and understanding of her game. While at NBS she proved that not only could she shoot the ball. But her passing skills and defense were next level. She played against all the kids, who had given Division 1 verbals or were on there way to Division 1 schools. She proved she was better than most and her IQ took a back seat to know one. 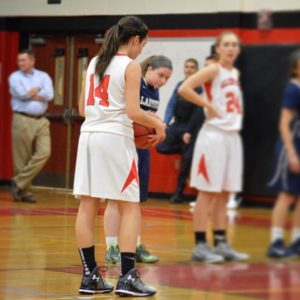 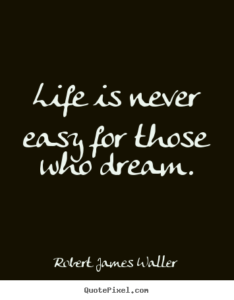 There are kids who talk the talk, but don’t walk the walk. Ryan Weise does both ALL THE TIME. I have met, few girls with her  character and commitment. She watched other kids get Division 1 offers and verbal to D1 schools. Many of these kids she knew, she was much better than. These are the kids who had all the advantages, she did not. They play at highly visible schools and get tons of media love. Yet Ryan Wiese never once was upset or jealous. In fact, no kid was more happy for her friends and fellow ballers. Ryan Weise, just did what few kids do anyone. She got in the gym and just continued to grind . It’s why this summer, she was the JERSEY BELLES LEADING SCORER. She showed that she could play against the best and shine. This summer Ryan Weise took her game to another level. When she called last night, she asked me not tweet anything until she spoke to Ellen Masonious and Mike Rice, her two AAU coaches. It was these two that gave her a platform to show everyone has she special. On a team stacked with D1 players MASONIOUS AND RICE, allowed her to shine and didn’t swallow up her game. She certainly reward both coaches with her play. 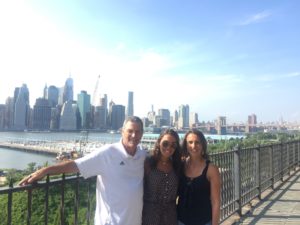 The Wiese’s are a basketball family 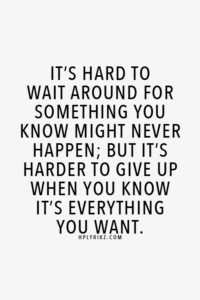 The LIU staff are over the moon. Last night they  were in heaven, knowing they just stole a future stud from the day she hits campus. Ryan father played in college, her mother is her high school coach. Her grandfather is the former great St. Bonaventure coach LARRY WEISE. She comes from a basketball family. Her younger brothers both play basketball. Basketball runs in the Weise family. They pay for kids they don’t know to attend camp. They pick up other kids and drive them to basketball camps, clinics and games.It’s why unlike many other kids, Ryan Wiese will show up at LIU totally prepared as a freshman. While many kids who get  scholarships, sometimes dail things back. Don’t work as hard and seem satisfied. Ryan Weise will work harder and want more. I asked if was she happy with her decision. She said am “soooo excited and happy”. I should have known that, her father told me as much 2 weeks ago. He believed, LIU was the right place. He just felt Ryan needed more time…he was right and a basketball family is  celebrating a great decision. But what they may not know is the LIU coaching staff may be the happiest people in New Jersey this morning.. 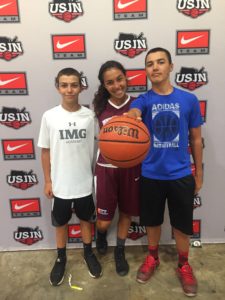 Good kids who are good teammates are becoming harder and harder to fine. Ryan Weise is a dream come true for coaches. Her body language always says positive things. Never  Selfish or ego driven. RYAN WEISE is a winner on and off the court. I can tell you, I know few kids who are more pleasant to be around. So a kid beat the odds. Nothing was suppose to go Ryan Wiese’s way in the recruiting process. She was suppose to be overlooked and dismissed. It did not happen because Ryan Weise got locked in and didn’t let the labels and lack of  name recognition hold her back. She didn’t have the Shore media machine behind her. She wasn’t a household name. What she was,  is a talented kid who gets it. She heard about all the labels, which were all nonsense and it never made her stop moving forward. So let me say this. I see them all. I see them against real competition. I can tell you this for a fact. RYAN WEISE TAKES A BACKSEAT TO NO ONE…she has proven over and over….like it or not she is one of the best in the state. Long Island University has no idea what this young lady is about to do….. which is to dominate. RYAN WEISE GIVES EVERY KID GETTING DISMISSED HOPE!….congrats to the Ryan Wiese and her entire family. Nobody deserves it more.