RACHEL KUHL….IF YOUR GOOD ENOUGH THEY WILL FIND YOU!

The Basketball Warehouse is a place where they help kids make dreams come true and proves believing kids is not just words, but truth. They prove talking to kids and communicating with kids matters and that yelling and screaming to get a point across isn’t necessary. The Basketball Warehouse encourages and tell kids to chance their dreams and be the best version of themselves. Rachel Kuhl proved that this philosophy makes for happy and successful players when she gave a commitment to Division One St. Peters yesterday.

All it takes is a ball and a dream… pic.twitter.com/0RVMqRmvSL

Marc Mitchell has been as successful as a coach can be at the college level. He has had to work his way up the coaching profession. He has never been given that plum job, where everything is in place for success. He has had to create success. He has had to trust and bet on himself. He had one of the toughest jobs in the NJAC at William Paterson, but somehow found a way to do something only few will ever experience in there lifetime. He won a NATIONAL CHAMPIONSHIP at Fairleigh Dickinson Madison, even when he did not have the advantages that so many other schools have. However, he did have what matters most, the ability to out evaluate other programs. Marc Mitchell did not rely on out recruiting other schools. His strength was his ability to recognize talent and how it fits his system, which is how he got the MAAC All Rookie and mega star Briyanah Richardson, it just his first recruiting class.. It’s how he has somehow stole one of the best available senior guards, in the state in Rachel Kuhl. 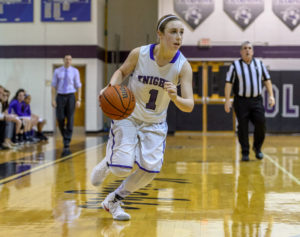 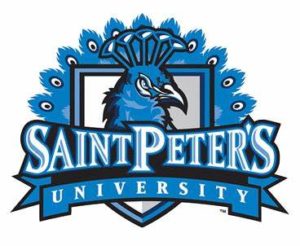 There is just not a lot more for Rachel Kuhl to prove at the high school level. She has done just about everything you can ask a player to do. She has scored over 1000 points, been 1st Team ALL CONFERENCE and played at the highest level of AAU. She simply had done it all, except commit to a D1 school… which she has now done as well. You see, Rachel Kuhl is a warrior and doesn’t run away from things. She could have transferred to any school in the state, but chose to stay at her local high school. She knew it could hurt her in recruiting, but she believed she was good enough, and knew that when your good enough, they will find you. That’s why she spent years grinding with the Timinski brothers at Basketball Warehouse and believed in their ability to help make her a better player. She saw kids like Gisella Romeo, like Kristina Donza and Caitlin O’Connor, fulfill their dreams, so she knew all things were possible. The Timinski brothers helped her see the big picture and now the picture is real… as in really real, because Rachel Kuhl is now a Division one player 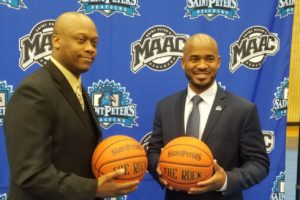 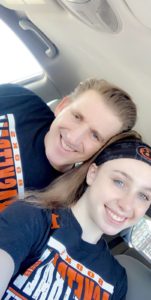 Rachel Kuhl has had to grind for everything she has ever had during her basketball career. While she has not received  the hype of so many others, she has been able to work extremely hard, and is finally being rewarded. You have to wonder what took so long. How can a player who is so loyal to teammates and school be forced to wait so long for her big moment? I will tell you why. She has let her game speak for her, which is why everyone has a respect for her. She found a real ultra competitive AAU home at Books and Basketball. Then she received the love and respect from Basketball Warehouse, she had a high school coach, that was willing to stand with her…this has all led to her dreams coming true…. RACHEL KUHL AND ST. PETERS A MATCH MADE IN HEAVEN….CONGRATS TO TEAM RACHEL!

There are 20 plus spots left for camp starting Monday. You be wise to challenge yourself …..because A DREAM IS WORK pic.twitter.com/5hkPaH6HEo