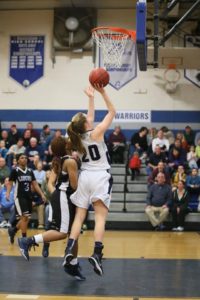 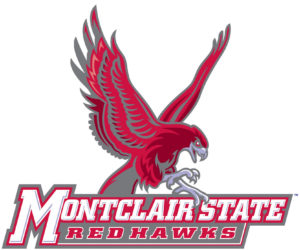 Montclair State continues to make the Shore its personal recruiting playground. The D3 powerhouse already has 3 former Shore players starting( seniors Zoe Curtis, Rachel Krauss and jr. Katie Sire) on there nationally ranked team. All three, have a few things in common. They were stolen during the recruiting process. All three have had nothing short of dream like careers…Conference titles, NCAA games, FINAL FOURS and personal  achievements. The Shore Conference has paid real off nicely for MSU and now they are getting ready for another Shore steal, that no question will pay off handsomely aw well…SENIOR NIKKI STEVENS  OF MANASQUAN, GAVE MONTCLAIR STATE A VERBAL COMMITMENT . 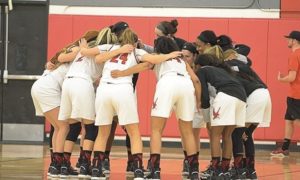 MONTCLAIR STATE UNIV IS THE HOME OF CHAMPIONS

This weekend I will make the trek to watch Montclair State University play TCNJ on senior night. The game will feature former Shore players as Kim Dana and Ali Napolitano among others from TCNJ as well. But this night will be about the Montclair State University seniors. It will be there chance to take a bow for a job well done. Tomorrow, Nikki Stevens will also take a final bow in her senior night at Manasquan. People will cheer and her family will smile. There will be flowers and hugs. But unlike the MSU senior night, Nikki Stevens will never FULLY get the appreciation she deserves. 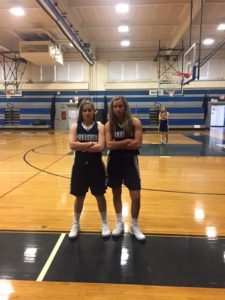 Nikki Stevens looks nothing like your typical basketball player. She is not physically imposing or freakishly athletic. She really doesn’t do one thing that separates her from most players. She is some what, from the land of misfits, she doesn’t look or fit the part of a basketball player. But Nikki Stevens is a competitor and a player that produces, when given a chance. Sometimes it’s not how you look but how you play. The same can be said about her future home Montclair State University. They may not look like much on paper, but MSU is one of the best programs in New Jersey, and for the matter that country. It’s just that most don’t know it….JUST LIKE THEY DON’T KNOW NIKKI STEVENS. 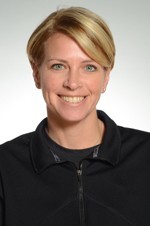 Last season, Manasquan hit a wall, they were struggling in the middle of the season.  Dara Mabrey was coming off a injury and Manasquan  looked anything but special. It was at this point Coach Kukoda, inserted Nikki Stevens into her rotation. It was this move that changed the entire Manasquan season. It was Nikki Stevens that was the missing piece to their chemistry. It was Nikki Hayes who did the dirty work and provided those big buckets or rebounds in the SCT. It was her stellar play in the State tournament, where she had 12 points and 8 rebounds against the All D1 team of players,  that sent  RFH packing . Without Nikki Stevens, Manasquan has zero chance to make it to the state Championship game, last year. 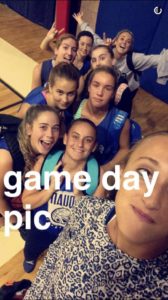 This year was suppose to be the year Nikki Stevens would blow up. She has developed a sweet jumper. She has improved her handle and passing skills. I don’t know Nikki Stevens that well. I am not even sure where or if she played AAU. She is a bit of a mystery to me and most in the shore. It may be the reason, most colleges know very little about her. That is every college except the one. MSU has made a living in recent years finding star talent. Montclair is a staff that simply out works and evaluates better than just about any staff I know….D1..D2 or D3. It’s why they are National Ranked and can make the claim they are the best women’s program in New Jersey. Nikki Stevens came to NBS this fall for the first and only time. I matched her up that day with two players with Power 5 offers on the table.  Despite giving up 5 inches and about 25 pounds. She battled them all day and played lights out. I was shocked not by her performance but rather her all out approach to the game. I can’t help but think, if this young lady had been part of the NBS family, how different her athletic life would look these days. I also in my heart believe this young lady could be a D1 player. She proved it that day at NBS. 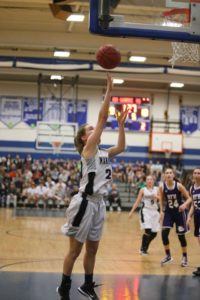 Manasquan would have never gotten off the deck without NIKKI STEVENS 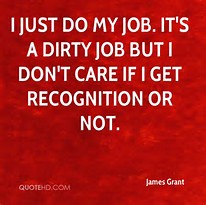 Last season should have set the table for Nikki Stevens. She should be playing major minutes and having a dream season. She should be part of the rotation of a team that has been #1 in the state most of the year. She should have college coaches banging on her door. But none of that has happened this year. Athletics can be cruel and unfair at times. When Lola Mullaney transferred to Manasquan it pushed Stevens back in the rotation. But then the very player that opened the door to all her success last year, returned and pushed her back even deeper in the rotation. Victoria Galvan was a center piece on Manasquan TOC championship team and was back. 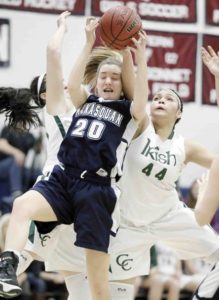 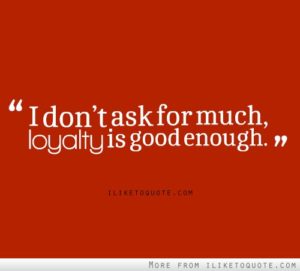 Lisa Kukoda is loyal to her team and kids. She stands by them and they stand by her. It’s beautiful and the way things are suppose to go in high school. She has rewarded Addie Masonius and Carly Geissler for help building the Manasquan program. Both get the honor at starting for one of the best teams in the country. But it’s Galvan and Mullaney who have been great teammates. They understand the word teammates and don’t allow coming off the gym to affect them or their teammates. Its rare stuff to see these days; when kids are so selfish. But though all this Nikki Stevens has been the one on the outside looking in. The minutes and the season that was expected has been put on hold…it’s called a numbers game and right now…Nikki Stevens is caught up in the numbers game. It has prevented her from having those personal satisfying moments. But every step of the way, she has remained loyal to her teammates. 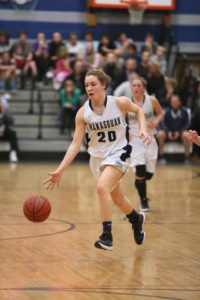 NIKKI STEVENS HAS BEEN A CLASSY ACT ALL  YEAR. 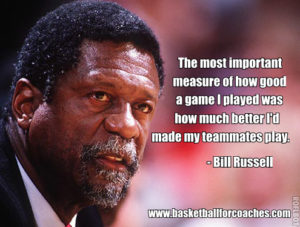 Here is why I love Nikki Stevens and why the word winner should be pinned to her forehead. Ever been to a Manasquan game? Next time you go, watch Nikki Stevens on the bench. Pay attention to her cheering for her teammates or how she is engaged with her teammates. No pouting or faces and it’s real, its not phony. Nikki Stevens is a different breed folks. She is not wrapped up into herself, she has both feet in and believes in Lisa Kukoda and her teammates. No back biting or blaming, just real program type kid stuff..THIS IS WHY MONTCLAIR STATE UNIVERSITY  is great, because Nikki Stevens is the type of kids, they have built their program with. Good kids who buy in, not for just themselves but for teammates as well. 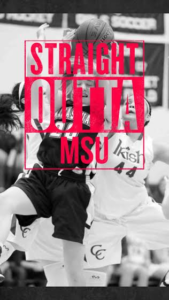 Four years from now another Senior night is going to take place. It will be at Montclair State University. It will be the class of “21 and Nikki Stevens will walk on the floor with her parents. She will have played in the NCAA, won a Conference Championship and maybe even played in a Final Four. She will be cheered and it will be a loud cheer. There will be tears, hugs and real pain at the thought, she is playing her final home game. People will talk about how she was the ultimate teammate, how she played so hard. How in big games, she seems to always show up. It will be the final act of a wonderful basketball career and she will never forgotten by those who saw her play. She is going to be that good at Montclair State University. They will see all the things we only got a glimpse of in her time at Manasquan. senior night in 2021 at Montclair is going to be special…..BECAUSE MONTCLAIR STATE UNIVERSITY….IS THE PERFECT PLACE FOR NIKKI STEVENS TO SHINE…

UPDATES…(CLICK LINK BELOW FOR TIMES)