AAU BRINGS OUT THE WORST IN ALL OF US! 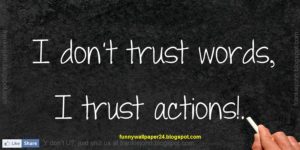 Next  weekend is the start of the AAU season for most and with that starts a LONG PERIOD of travel and anxiety for parents, coaches and players. This may be the only thing anyone may agree about, when it comes to the AAU. Because nobody agrees on what is best for the kids. Not high school coaches, college coaches, parents, kids or even this blogger. But there is one thing I am 100% sure of and that is this….. AAU at times brings out the worst in people.

Charles Barkley… “AAU is the worst thing that ever happened to basketball?”

It tried to look nice and shiny and start over a few years ago. It changed its name to Grass Roots basketball. The name AAU was toxic and everyone agreed something had to be done. A new name was a good start because it gave everyone a chance to clean themselves up. But what most have found out is AAU is about the now… not the future. The players and the Parents don’t care about AAU, or whatever you want to call it, once their kids leave the AAU battle grounds. So the new name did little if anything. You see it’s all about my kids in AAU, not the team or program. You see when a player goes 10 for 10 or scores 20 points, the parents love AAU and brag about their child’s success. But when that same kid goes 0-19, it’s AAU’s fault and nobody else’s. It’s not the high school coaches fault, who coached that kid for 6 months. It’s not the trainers fault who trains the kids year round. And God forbid if we blame the kid! Nope… it’s the fault of AAU and its AAU coaches!

“Look we all know AAU is about the name on the back, not the one on the front and if everyone was being honest, nobody really cares who wins or loses. We’re there to watch individuals not teams, but you hope kids would at least try and play the right way”. Current Division one Head Coach

They play almost every weekend and the college coaches complain it’s insane, because they never see the kids fresh or healthy. They rarely work on their weaknesses or play team ball. Most play for a scholarship and their AAU coach always exaggerates who is recruiting them, not because they want to hurt them, but to give them hope. This is all the fault of AAU…. not the parents who refuse to tell a coach enough is enough. When the players play in meaningless tournaments in April and June as a guise to getting them ready for the July recruiting period, instead of going to elite camps, the college coaches don’t say it’s wrong for fear of retaliation. It’s not the fault of college coaches who are playing, the stay out of the fire game…nope it’s all AAU’s fault!

“This isn’t done to bash AAU in any stretch,” Ackerman said. “I believe it gets great exposure, but to say that’s the only way to get exposure is foolish.”

The NCAA says they care about kids, yet they keep cutting recruiting days. They say it because if they don’t, the kids will never stop playing. How nice of the NCAA for thinking, so much about the kids. Yet more and more kids are transferring because a school didn’t realize a kid didn’t fit. More and More good players are being missed because coaches didn’t get a enough time to see a kid play. These things are happening in epidemic proportions these days and the NCAA has no problem with this? The NCAA says they must protect us from this big bad thing called AAU. Meanwhile they put more and more pressure on kids to perform in a small window of time; each summer. It’s now BECOME “hit and miss” and “do or die” for so many kids with big dreams in the summer and there is only one thing to blame for all this… AAU 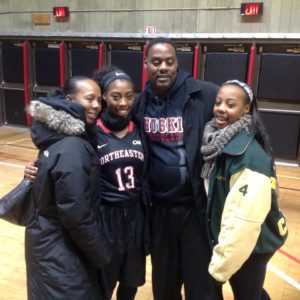 This blogger loves to lump all AAU teams into one group,  even though he knows that there are more well run, fair minded AAU teams and coaches than bad ones. It’s easy to kick AAU around, so he just joins in. He doesn’t always acknowledge the good AAU does. For starters it keeps kids off the street; it allows kids to face competition, the best competition a kid may every see; it allows kids to travel and see different parts of the country and meet kids from all over the nation;  it keeps kids physically fit;.  and most importantly it forces families to spend time together. They do this while driving to games and talking for hours on a road trip; eating together after a game. But the one thing AAU never gets credit for is building lifelong friendships, but why give AAU any credit…because AAU is so easy for this blogger and others to kick around these days…

It’s really not all AAU’s fault.  The real problem is that, AAU BRINGS OUT THE WORST in all of us, right down to the players, parents, coaches and anyone else associated with it. It has become way too important these days, and one day we may all wake up and it will be gone. Then everyone will understand that it’s wasn’t just all AAU’s fault. But what really happened was a Genie got out of the bottle and nobody knew how to control it. It worked a lot of magic but sometimes we didn’t want or need its magic. AAU does a lot of good for a lot of kids, but the bottom line is the people who can control it and make it work, are the people who do the least and complain the most. If you are still looking for loyalty in AAU? Forget it, that’s like asking a fox to be loyal to a chicken. If are still looking for a Coach without an agenda? Forget it!! Let me tell you something.  Everyone has agenda in the AAU world and that’s not changing anytime soon.

Doing what is best for your kid always is the best bet, when it comes to AAU.  Why do I say this? Because I have 2 relatives making millions of dollars playing professional sports; I have coached a number of NBA players; I have played for NBA coaches; I have worked with Athletic Directors at big schools… hell I have coached with the man who coached Wilt Chamberlain, Pistol “Pete” Maravich, created the Princeton offense and coached the NBA logo himself Jerry West. I can honestly say in my 15 or more years around the shore, I have not seen one athlete… not one CHILD, who will be playing basketball for a real living…So improving your child’s HAPPINESS better be #1 on your “TO DO LIST” when it comes to AAU….But for God’s Sake, when they’re not happy for whatever reason…. PLEASE DON’T BLAME AAU.

TOMORROW POINT GUARD SCHOOL STARTS AT 4.3O AT HOOP GROUP….PLENTY. OF TIME TO GET NBA AFTERWARDS!!