Do you know JORDYN MADIGAN? Well you should… 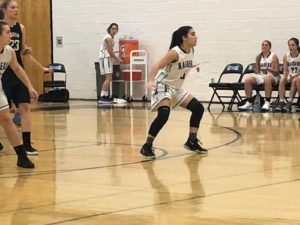 Today I am goin to talk about a player few know about. I doubt many college coaches know about her. There are many roads to follow in becoming a good basketball player. There is a old saying “if your good enough they will find you” That’s true but it’s a fact many kids get lost as I like to say “in the sauce”. There are talented players who many times coaches and fans discover too late….SOPHOMORE JORDYN MADIGAN OF TOM RIVER EAST IS NOT GOING TO BE ONE OF THEM…

Jordyn Madigan plays for TOMS RIVER EAST, unlike Tom’s River North. She doesn’t get the attention of her cousin Brielle Bisogno, a full blown star and future D1 lock of locks. Her school is not ranked or receive the attention of its namesake. TRN has some very talented players who are going become excellent college players. Well Tom’s River East has a player who is also going to  make a excellent college player, that is after she finishes up her GREAT high school career….her name is JORDYN MADIGAN. Who right now is doing exactly what she did as a freshman, kick butt and take names. Madigan had  as good of freshman season as anyone in the Shore last year and nobody knew it about or cared to speak about it. This is how kids get lost so often. Jordyn got very little attention and suffered from a lack of name  recognition. In fact it’s still the case today, but am here to tell you …..it stops today.

Last year Jordyn Madigan dropped 20 points against Wall in only her 3rd high school game. A good enough showing where you would think she would be named Freshman of the week. But that did not happen and nobody said a word. Just like when she had 10 points, 5 rebounds and 4 dimes against the then #10 team in the state TOMS RIVER NORTH. Jordyn Madigan was dismissed, she didn’t have the reputation of the so called blue bloods. She was a classic case of game over reputation. So what if she played as well or better than other freshman that made the ALL FRESHMAN TEAM. It didn’t matter because nobody was talking or watching . For all practical purposes she could have been a ghost. 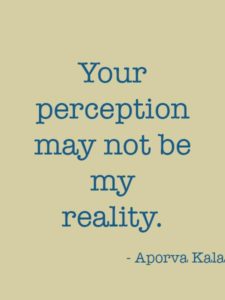 Last year a 5’5″ pit bull showed up at NBS. I remembered her face and not her name, I thought she may have played AAU for my daughter. To this day I still don’t have that answer. But I do remember thinking this; as she walked into NBS…this kid is over her head. I recognized her dad and thought to myself ..another one and done. Meaning, after one session of NBS,  she will retreat back to some other less stressful training  environment. Some place where she will get attention and be made to feel special. But to my surprise Jordyn Madigan shocked me. What  threw  me off was how competitive she was. I gave her a easy matchup on day one and she simply torn the young lady apart. Her  tenacity on defense was off the charts. I keep looking over at her on the far court in disbelief. When we went to full court competitive drills, I knew right then, she was different. I saw her out play and out work the so called stars. She didn’t look or fit the part, but played the role of  a baller to a “T”…It was impressive, but for me it’s always about long term. Will the kid show up every week, how will they handle the barking, the criticism, being put on the far courts and the lack of attention. These things tell more me than about a kid than anything they do on that court…JORDYN MADIGAN PASSED WITH FLYING COLORS.

One day I was thinking of Jordyn and I could not remember her name. So I called Jim Pissiott up, he is the father of the insanely talented 8th grader Justine. Unlike Justine Pissiott, Jordyn has none of that name  recognition by fans or college coaches. I started to  describe Jordyn to Mr. Pissiott, after about 5 mins, he said ” you mean Jordyn Madigan of Tom River East. She came to NBS” I said that’s her. You see Jordyn Madigan is somebody we don’t think of enough. She doesn’t play at RBC, RFH OR SJV, places where freshman and talented underclassmen are showered with praise and hype. Jordyn Madigan has done as much, as just about any underclassmen in the Shore …she just hasn’t received the same love. 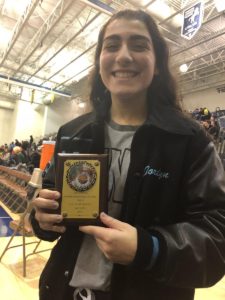 I went to the WOBM final this year. An event LOADED with D1 underclassmen. It was halftime and the  announcer started bringing players out from the stands. It was the all Tournament team for the WOBM. When all of a sudden a dark hair pit bull type walked out to collect her award. I was shocked it was Jordyn Madigan. The same girl who just seems to get dismissed. I couldn’t believe my eyes. Where were the so called D1 babies with the reps I thought. Well Jordyn may not have a reputation or hype but it was clear she had game. It was also clear to me, she was getting things done in a big way under the media spotlight. Now I follow the TOMS RIVER EAST BOX SCORES. I’ ve never paid much attention to TRE and do my delight, they are a very interesting group and JORDN MADIGAN is blowing up.

When you average 12 points, 4 rebounds and 5 dimes as a sophomore point guard…you should be known. When you play against a team with 4 possible D1 babies all with the hype and name recognition you don’t have and drop 18 points 4 dimes and 3 rebounds against then ranked Middletown South, somebody ought to know. When you go for 14 points and 4 steals against then ranked Donovan Catholic and follow that up vs 18 points 4 rebounds and 4 dimes vs RBR…YOU MUST GET YOU DUE. JORDYN MADIGAN IS STILL WAITING. 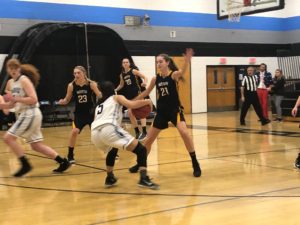 Jordyn Madigan is like a lot of kids. She doesn’t play on an elite AAU team. Doesn’t play for a powerhouse high school team. She just goes about the business of competing. She and her teammates are 6-4 with three losses by 4 or less points. TRE has a win over a Shore Top 10 team. But if the truth be told few are watching. JORDYN MADIGAN is averaging 11.1 points, 3 assists and 4 rebounds. You will be hard pressed to find ANY point guard with those numbers more less a sophomore. I missed putting Jordyn Madigan on the All Freshman Team last year. It happens, not often but it happens… but you know what else happens?…Tiny Green says to college coaches “I told you so” because I rarely if ever get it wrong and I got it right again…JORDYN MADIGAN is special and you better remember her name and who “told you so”….