I am going to try and save everyone a lot of time by getting right to the point about Taylor Crystian of Red Bank Reg High School. She is clearly the story of the fall basketball season. She clearly is and will be the most recruited available guard in the Shore conference at some point. He talents speak for themselves as does her performances. The fall she has made a case as perhaps the best combo guard in the Shore and a 1st Team All Shore player. Her 34 points vs Manasquan is the gold standard in this season’s fall league. On Wednesday she put on on magical show for all to see vs. Red Bank Catholic. She is clearly the MVP of the this years fall league right now.  So let me give you the back story and where we are at today. 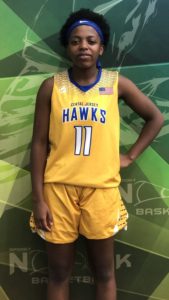 There are a number of reasons why you and college coaches may not know who Taylor Crystian was before this fall. She attended Mater Dei high school for two years. Mater dei is like a lot of teams in the shore conference, they get swallowed up by the many top teams in the conference. They suffer from exposure and attention during the season. Last year Taylor Crystian went to The Patrick School and played behind two P5 guards. She played AAU for the Central Jersey Hawks. It was not a highly recruited team by D1 schools. These are the core reasons why few if any know about her. She transferred back home to play for RBC this year.

Here is a fact starts for every single team in. MACC … NEC … America East and destroys Patriot league…that’s truth 34 vs St. Rose and coaches excuse my expression… toyed with those D1 kids at NBS today pic.twitter.com/FSyJRPEtPI

June I ran into Taylor’s mom and dad. I told them I knew a prep school for their daughter. I told them she had no name recognition or real exposure to college coaches. I told her mom and dad she should commit towards training and get better. That gets us to we are today. Taylor Crystian has been on my radar since last spring. She is in the gym everyday and works as hard as any kid I currently know. What I discovered this spring was Taylor Crystian was a mega talent. In the spring she was dynamic, I was convinced she be the MVP of the NBS camp…yes I thought she was that good. I told coaches she was that good. The problem was she good sick that week of camp and played good but was not herself. This 100% slowed down folks finding out who she was and that was her biggest chance to make a statement in the summer..so again Taylor caught a bad break.

More about this  fall, I can say this without any hesitation. She has been the toughest matchup for any player at NBS. There is simply nobody who has done what she has done this fall at NBS. She is clearly the hardest player to defend in the gym. Now I don’t have to tell you the talent level at NBS. If a kid can dominate that gym, they are put into a special category and rank among a small group of players that have done so. To put it to you bluntly she has been the best player in the gym week to week.

em>
Flashback to Wednesday night, RBR played RBC and RBC won the game. But the story was about one player Taylor Crystian of RBR. She was good as it gets on Wednesday. Her are a few things you must know about this young lady. First she is the most exciting player to come along in years. Her ability to turn a crowd on is like nothing I have ever seen in all my years covering the shore. She is the best off the dribble player I have seen in all my years covering the shore. I simply cannot think of ANYBODY  that was harder to guard off the dribble. Watching her spin D1 players was at times comical. Her speed and shooting ability is the rarest combination of talents. I have never seem a player with her speed with the ability to shoot the ball the way she does. She is an elite shooter off the catch and off the dribble. Nobody in the shore has this ability like she does. Nobody can stop on the dime and change directions like she does…nobody!  She reminds me of a female Kyrie Irving in the defenders are defenseless.  There has been no player with these type talents who has been a total unknown for the most part.

em>So coaches were are we at today?
First Taylor Crystian level of play in college is without question D1. That is not even a conversation, the real question is what level. Can she play in the Big East or A-10? Here is what I do know,  Taylor feet are electric, nobody has her feet. The quickness and shiftiness is off the charts. For these reasons, she is scoring regardless of what level of  D1 she attends and more importantly she can play either guard spot because of the elite and mean real elite ball handling and shooting skills. How elite you ask? Who is the best point guard in the shore? I don’t know but she sure is hell, is one of the first names coming up in that conversation.  Who is the best shooting guard in the shore? There are some killers, but make no mistake with what I am about to say. Taylor Crystian is top 3 and no lower than three…now when is the last time a player was considered top 3 in two positions? Keep thinking…let me help you, Dara Mabrey and thats it! Now RBR is a true system team, so she may lose some of her creativity this season. But make no mistake she will be even better at the end of the year…do you know why? One reason, John Turhan, no coach period does a better job of putting there star players in position to shine.

Finally let me say this to college coaches. You want game footage of this young lady, text or email me. I have a ton to give you. You want to see her against the best competition. I will send NBS video starting this week. All I will tell you is this, she is a mega student. Patriot and Ivy good enough. She starts for every team in both leagues, including the two powerhouse programs. But more than all that… She is one of the most well liked kids by everyone.  I hope I gave everyone the entire picture…of  TAYLOR CRYSTIAN. 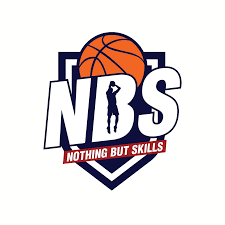 ALL COACHES ARE INVITED TO ATTEND NBS SESSION THIS WEEKEND..11AM-1AM

DIVISION ONE COACHES YOU WILL RECIVE THE VIDEO..this and every week