COLLEGE COACHES SHOULD NOT BOYCOTT

Let me go back to a topic today. The proposed boycott of college coaches in the fall recruiting period. So there are some college coaches, feed up the entire AAU model. I get it, I see the nonsense every day. What’s the solution? I don’t know what the solution is, but I know, what’s not the solution 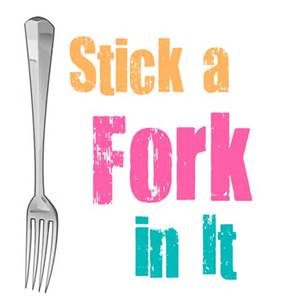 ….BOYCOTTING kids playing this fall and killing their dreams …are you serious? The coaches say they will see the kids during the season. Are you serious? Do you think one college coach will watch the Ranney girls’ team play this year?  Maybe a young lady that has improved, was counting on this fall to show she can play in college. I had a coach say to me “this has to stop” Okay, I agree, but why do all the kids who are juniors and seniors have to have their exposure to college coaches shortened. Why do they have to suffer from all the evils of AAU.  When prop 48 an old SAT rule was put in effect. They gave everyone I believe 3 years to get their education house in order. Kids knew they had to get the grades before they entered high school. They had no excuses because they were giving a warning long in advance. The boycott, if that’s what some schools what to do… fine. But at least wait 2 years, so everyone is prepared to adjust. AAU coaches, players and the very people whose livelihoods depend on these events.

Now the AAU coaches are taking way to much heat. Let me ask you a question, who is bringing these kids to these AAU PRACTICES AND TOURNAMENTS IN AUG AND SEPTEMBER?  Let me tell you who…THE PARENTS. Why are they not being held accountable? Don’t they share some of the blame? The excuse they are scared the coach will hurt their kid is a joke. Why is your child, playing for a team where the coach would at any point and for any reason hurt your child?….WEAK ASS EXCUSE!

College coaches know which AAU teams are doing it the right way. You want to stop the nonsense, make a point not to watch programs who do things the wrong way. Don’t go to their games, don’t go watch teams from organizations who bring their 7th and 8th grade to live fall events. Simply boycott those organizations….NOT EVERYONE. Not every AAU team is running practices this time of year. Not every AAU team is playing on weekends to get ready for a 2 day recruiting period. To paint every team with a board bush is a joke and wrong to a lot of kids.

Yesterday, I had two kids flat out be told lies by their AAU coach, regarding recruiting. One young lady told me, a certain school, told her AAU coach, she was one of their top recruits….a BOLD FACE LIE and how do I know? I spoke to that very coach earlier in the day and I’m sorry to say. She told me they had no interest…repeat no interest. Then a parent came up to me and said my “AAU coach is going to run an open gym” because some D1 SCHOOLS are interested in her. I asked her the names of the schools….another bold face lie. By the way all open gyms must take place at your HIGH SCHOOL. AAU teams are not even allowed to run open gyms for college coaches. But it was clear the AAU coach just was trying to get some kids in the gym…A DAMM JOKE! Folks it’s this type of nonsense that must stop…If you are interested in a school or hear a school is interested in you …pick up the phone and call them. HOLY CROSS UNIVERSITY called and told me of their interest in a player. I gave that player the coaches name and telephone number…coaches don’t do third party offers….THESE TYPE THINGS ARE WHY WE HAVE COACHES BOYCOTTING.

I HOPE THE COLLEGE COACHES WHO ARE THINKING ABOUT BOYCOTTING REMEMBER… SOME GOOD FAMILIES, PLAYERS, COACHES AND ORGANIZATIONS WILL BE HURT…IF IT WAS YOUR CHILD, WOULD YOU BE HAPPY TO HEAR ABOUT A BOYCOTT OF THE GAME THEY LOVE BY COLLEGE COACHES?