We saw it all last night in the 2nd round of the SCT. We saw what  Survial looks like. We saw what fighters look like and we saw bubbles burst. We saw redemption and historic moments. WE saw NEPTUNE with DEZZY ALLEN, Alexis Bennett and Brianna Love continue on there march as they were the only team, that had a stress free night. But most of all we saw what the SCT is all about… family. 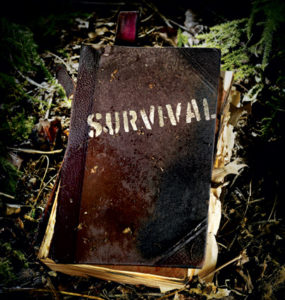 RUMSON found a way to do just this

RUMSON Fair Heaven had two scary moments last night. First the POY leading canidiate Hannah Scanlan went down hard early in the first quarter. Many believe she had broken her hand. But just as scary was RFH was in a fight for there SCT life. Sydney Coffaro was busy dropping 19 points and Christine Antonakakis was busy reminding RFH fans, what could have been. Doug Shaw has proven he is a master coach, as he had his team ready last night. But Dave Callahan has shown all year, RFH is in great hand for yrs to come. After his team returned from the shock of the Scanlan fall, somehow RFH did what all great teams do…FIND A WAY TO WIN. In this case having KATIE FOOS score 14 big points inculding 2 huge three’s and Hannah Scanlan returning. The art of Survial was on full display in RFH’s 52-50 win. 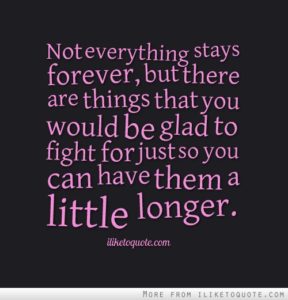 Marlboro and Howell were suppose to be tasty little treats for ST. ROSE AND SJV. But Marlboro has fought back all year. They also have two D1 players in Molly Weiss and Jess Board. No way do they have the talent and dept of St. Rose. But there Coach has won a SCT and knows what a great team looks like . Brad Hagenson coached one of the greatest Shore teams ever. He is a fighter and so is his team, who trailed St. Rose by just 4 at the half, before falling. Howell just playing last night was shocking to all, inculding to SJV, WHO ONLY LEAD AT  HALF 28-16. HOWELL gave them the fight, they gave everyone this year, before losing. But in losing Howell has continued to gained the respect of all. They have been fighting for respect all year…that got that and more last night. 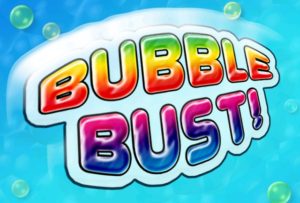 RBR and Manchester have been on unexpected rides this season. RBR had seniors who were on their last rodeo and Manchester was suppose to be rebuilding. Well both these coaches are in the hunt for coach of the year. Because their kids have been sensational all season. They have shocked us all since the beginning of the season. James Young told his seniors this is their year and he was right. The RBR seniors have been  Electric this year. They have SURPRISED us ever step of the way. They won there first SCT since 1998 when they beat BARNAGET in a thriller on Tuesday. But that game may have  sapped the energy out of RBR. It was a tough hard fought battle and maybe the reason THERE bubble bust yesterday in a lost to TRN. RBR I can assure is not done by a long shot and those kids KNOW IT

MANCHESTER has been on a roll of rolls lately. This is a team that lost two of the best players in the Shore to graduation. This was suppose to be the year before the big year next year. But like they’ve done all year, Manchester has surprised. Yesterday they needed to do one of the hardest things asked of them this year. They had to go on the road and play Middletown South who was desperately fighting for there season. They played a cornered cat. One with its home crowd behind them scratching and crawling to hang onto there their PROUD TRADITION. Manchester was game and their two babies, showed there were ready for prime time. But in the end the Manchester bubble popped for now. I say now because this team can make a run in the states. Next year they will be ranked in the Top 20…THATS  PRETTY GOOD REBUILDING IF YOU ASK ME. 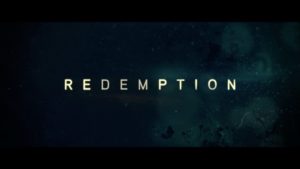 This word can be very sweet and lead to greater thing…MIDDLETOWN and TRN have hose money again.

REDEMPTION is a funny word, because Usually it’s attached to something bad that has happened in the past. Middletown South has had a difficult season. TRN was having a great season until about a week ago. It looked like the bottom of the barrel had dropped out on both. ONE regarded as one of the best programs in all of New Jersey and the other one becoming one of the best. Last night was going to be either a re-birth or a signal to the end for both. MIDDLETOWN senior Alex Balsamo was not having any,….”this is the end” stuff on her home court. She had 19 points. Isla Brennan showed there is growth this season with 15 big points. Freshman Stephaine Mayerhofer had 7 big points and has been a shining light all year. She now will be waiting for the ALL FRESHMAN TEAM PICKS to be announced. Sam Kennan who has had the heart of a loin had 10 rebounds. Tom Brennan reminded us all, its February and his team did what it does most years.. take out a hot team. This time it was Manchester, this time it was for something bigger than anything before…..this time it was FOR REDEMPTION.

TRN was havin a dream season until they ran into Neptune. Things have not been the same since. They have lost their Top 20, ranking and there undefeated season. Last night could have been a nightmare ending to there SCT. But Vikki GILLEN had other plans. She brought a team in totally prepared. TRN got more that redemption back yesterday. They got there swag back. They have a date with a real killer tomorrow in RBC. My guess is they are going to want to play for more than a win. But rather for futher redemption. 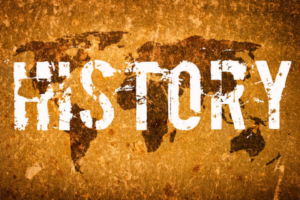 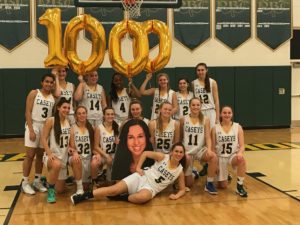 She is now History

History is something you never forget. Yesterday Jose Larkins and Hannah Scanlan both put the cherry on top of great seasons. Josie Larkins, is going to be All State, All Shore and All everything this year. She is the role model for what a kid should be on and off the court. It was predicted, she would be GREAT during her time at RBC…WE JUST DIDNT KNOW THIS GREAT. She was part of the undefeated RBC team which won the SCT. She knows at RBC the name on the front means way more than the name on the back. She knows the Joe Montano way, no special treatment. She knew the stories of how tough Montano was on his players. But she also knew Joe Montano loves his kids LIKE NO OTHER. That’s why when, she got her 1000th point it was so special to her. Because one day, the very court she scored that 1000th point on, will be called JOE MONTANO COURT…and she will have a banner hanging up over looking that court, she and Coach Montano have done so much together on the court …..for the record ..MY LOVE AND RESPECT FOR JOSIE LARKINS AND HER FAMILY…cannot be put into words. 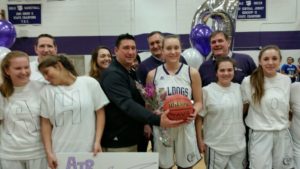 Now one of the greatest

Historic is the only way to  describe, what Hannah Scanlan has done this season. I have never in all my years seen a statistical season like Scanlan’s. There are zero games with a padded stat line “0” …SHE has been legit. She has stuffed box scores with unreal stats. But most impressive, her impact cannot just be summed up in a box score. Her unselfish team play, her off the charts defense and passing, have been just as dominating. She willed this team to greatness this season. She has made Dave Callahan into a Coach of The Year leading contender. But last night she walked into history. She became DAVE Callahan’s first 1000 point scorer, something before the season started looked like a pipe dream. Hannah Scanlan make it official last night….she is now one of the RUMSON GREATS…She gets her 1000 point in maybe the greatest season ever seen by these two eyes…HANNAN SCALAN THE GREATEST,  HAS A BANNER HANING. 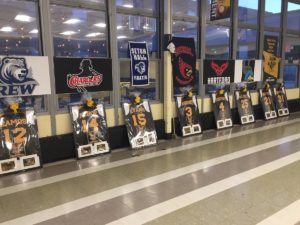 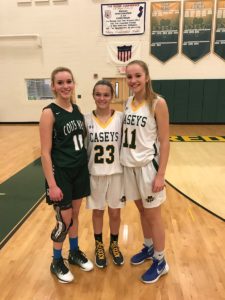 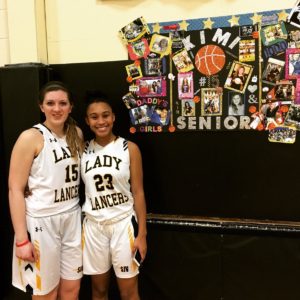 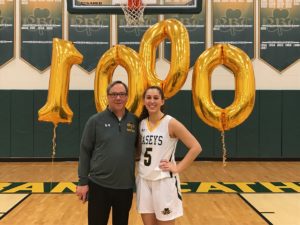 FINALLY the Shore is the most competitive Conference in America. But it’s also FAMILY for most of the players. Kids like Sam Roth, Molly Weiss and other we will miss, why? Because of there goodness…Too all the seniors who played there last Shore game, you are ALWAYS PART OF TBE SHORE FAMILY…GOOD LUCK AND COME BACK AND SEE US SOMETIME👨‍👧‍👧👨‍👧‍👧👨‍👧‍👧