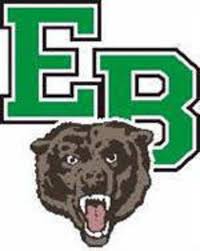 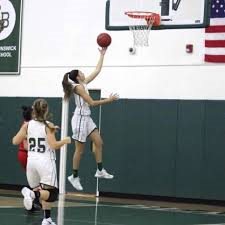 Three years ago I went to watch Nicole Johnson( Lafayette University) play at East Brunswick High School. I wanted to see her play and get her 1000th point. She had been part of NBS since 2nd grade. During the game I saw this long  skinny athletic wing player. She seemed to be everywhere. Her quickness to the ball was special. But it was her explosiveness that jumped off the page. Brianna Sliwinski blew me away that evening. I walked away that evening, thinking I have seen a future lock D1 player. I called Nicole and asked why hasn’t that kid been at NBS? She told me she would speak to Brianna and that’s exactly what she did. Because there was Sliwinski at NBS in September. It was on that day at NBS, I knew Brianna Sliwinski was going to be a problem. That’s exactly what she was on that day at NBS, a serious problem for every D1 player with a reputation in the gym. Her mad dashes and spins in the lane were priceless. Her passing and balling handling skills for a 6’0″ guard caught everyone’s attention. When the day was over they may have not known where she was from. But everyone knew who she was… 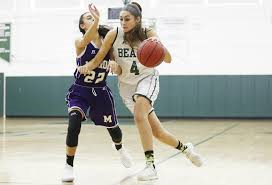 Nothing about Brianna Sliwinski’s journey makes sense. She had every possible  obstacle thrown her way during this journey to D1.  She went to a high school where D1 coaches to not flock too. She didn’t play on big stages or receive the hype that other top basketball schools offer players. East Brunswick is a place that D2 and D3 schools tend to visit. But somebody forgot to tell Brianna, she couldn’t be like Nicole Johnson and live out her D1 dream.  Sliwinski didn’t play AAU for a powerhouse AAU team. She played for the talented WESTROL CJ HAWKS. It was a team made up of good students and great kids, drama free kids. Most if all were looking to play at the D2/D3 high academic level. They didn’t have 100’s of  D1 coaches at their games. But the team stuck together for  six years. They were that rare AAU team, that liked each other and wanted to play together. But Brianna Sliwinski wanted something bigger for herself basketball wise. She wanted to play at the D1 level. Everything was pointing toward Brianna screamed everything but D1 basketball, except one thing. Her talent and her family, you see her parents, Christine and  Michael Sliwinski had different plans for his daughter. It’s why throughout the recruiting process they refused to settled or panic. They knew their daughter was special. 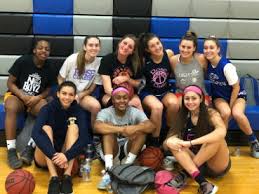 If Brianna Sliwinski played in the Shore, her road would have been a cake walk. But she didn’t that’s why she needed to out work others and make wise decisions. First she guessed with Team Miller and the ShoreShots increasing her exposure while her CJ HAWKS stayed local for D2/D3 exposure. It was a tough decision but the right one.  Then she attended Academic Elite and had a Ivy powerhouse reach out to her. Brianna Sliwinski wanted to play D1 but not just at any D1. It’s why she told me to tell the Ivy, she was not interested. It’s also why she didn’t take the first D1 offer made to her a year ago. Remember I told you Brianna Sliwinski was not going to settle? Well neither were here parents. It’s why they waited, it why she trained harder. It’s why she hustled on social media. It’s why she covered every base a kid must cover when the system is working against you. She saw other kids from NBS verbal at other schools.  She and her family still  waited. I saw mother shopping on day and her mother was excited about a offer, but she said were waiting. I saw her dad and he said, ” it will all work out” he was waiting along with his daughter . The family made the trip to Chicago and spent the time and money in July. They felt the stress and pressure that comes with waiting. Why? Because as Brianna said to me “It was not easy, but it was worth it” That’s why she found the  right D1 school and did not settle. Her mom and dad believed she had earned that right…

Me and Brianna spoke before she left to visit UMBC. We talked about other schools. We t 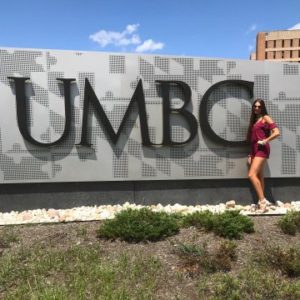 alked about the right schools. We talked about AAU basketball and high school basketball. I told her her road has and was suppose to be different. She didn’t get the hype and love others got. But that’s why her journey would be different. What we didn’t know was it would sweeter quicker than expected. Brianna Sliwinski had zero idea that she would give UMBC a verbal this weekend. But it was love at first sight, it was the perfect fit. It was that place she felt right about. UMBC was that place where BRIANNA SLIWINSKI did not have to settle on. ..it was that place she dreamed about. Her Division One dream is now a reality. 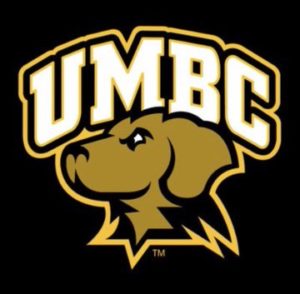