Thank you to @CoachDelPreore and the whole ESU coaching staff. Thank you to @JAGSHOOPS for supporting me and helping me on this journey! I’m so excited to commit to being a Warrior. GO WARRIORS ‼️ pic.twitter.com/iaOjhIUCuu

Sometimes in sports we forget the most important thing of all is having people believe in you. Sometimes it’s that belief  by others that can help player reach heights they never thought possible. It can also lead to a player getting a scholarship to college and continuing their dream. Yesterday BIANCA GIORDANO rewarded the many people that have helped her along the way. She gave EAST STROUDSBURG UNIVERSITY A VERBAL COMMITMENT. 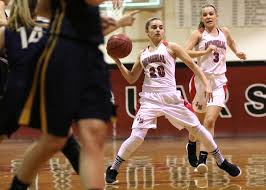 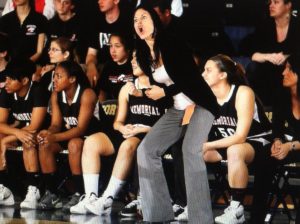 The Fab Four as they are known was made up of Krista Donza(Navy) Dani Evans(NJIT), Rachel Capua and of course the straw that stirred the drink Bianca Giordano, they won 8 games in their first year together. In the two years following they have won 40 games. It been a great turn around, that could not have happen without Rachel Goodale believing and handing the ball over to Bianca Giordano. Their relationship is unbreakable and built on a connection that is rare between coach and player.  Rachel Goodale knew Bianca, would make all of her teammates better. She also knew that Bianca would shine if she believed in her…and that’s exactly what has happen. 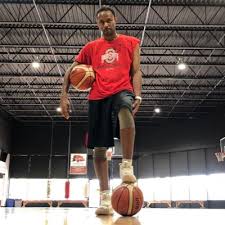 Garry Linton, is a trainer and more importantly a person who believes in kids. There are different style’s of trainers. Garry Linton is the type who talks to kids and gets them to believe in themselves. It was he that took Bianca under his wing and tightened up her game. It was he who told her, she could be special. Garry Linton believed in Bianca, he also convinced her to try and be the best player, she could be. The two have a bond that cannot be broken. They are a team and a team that has one goal. Metal and physical toughest. It was Garry Linton that helped instill these characteristics in helping Giordano get her game to the next level. Garry Linton helped Bianca Giordano to believe in herself not just as a basketball player..but as a person as well. Today Garry Linton can take a bow, because he saw Bianca’s greatness…and it has now come out!

John Stone is old school, he believes in kids who others throw to the side. Bianca Giordano, has seen the ugly side of AAU basketball. She has seen the dirty backdoor deals. She has seen the disloyalties dished out to she and others. But somehow she fell into the arms of John Stone. A man of character and respected by all that have meet him. The Franklin Defenders is a place to play basketball without drama. It’s a place where basketball matters but it’s not the only thing that matters. Bianca Giordano’s loyalty to the Franklin Defenders and John Stone is non negotiable. She knows that the defenders and John Stone were the first AUU organization that believed in her and gave her a fair shake. It’s why today John Stone can smile knowing two players from his program and the same high school have made dreams come true, with help from his organization. Bianca Giordano like her teammate Kristina Donza, learned you can make a dream come true without walking over others. There have shown loyalty and goodness still have a place in sports…even in AAU basketball. 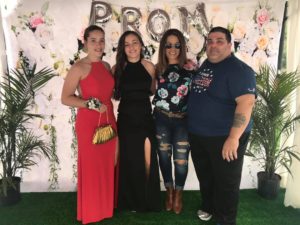 Bianca Giordano like all kids need mentors. Kids need to know when things get tight or shaky. They have somebody to turn too, somebody who above all else knows and cares for them above all. Bianca’s family has been her rock, from day one. They have seen the disappoints and watched her be dismissed by others. They heard the whispers, she was too slow, not big enough, doesn’t shoot it good enough. They have watched as other kids were given love, while Bianca got none. It would have been easy for Sal Giordano and his wife to give their daughter an out. But they didn’t, they continued making the long trips, spending the money and wiping away the tears.  Her sister Sarah, was player, a hard nosed type kid. She played on one of the best Shore teams ever at Jackson Memorial. She gave Bianca tough love, truth and encouraged her to work hard everyday. It’s way this summer they got up everyday to train at 6 am in the morning. Sarah did not want want Bianca to regret, not always giving her best always. This morning the Giordano family has seen a dream come true. …BIANCA GIORDANO HAS MADE IT WORTH THE RIDE! 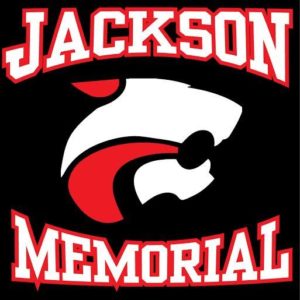 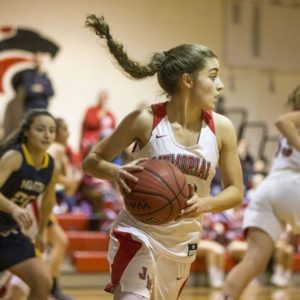 I have know Bianca for years, in fact since 5th grade. She is one of the most humble good natured kids I know. I remember how scared she was to attend NBS. The yelling by the coaches and not having any friends in the building. It threw her totally out of comfort zone. So she stopped attending NBS, at the time she wasn’t ready.

I called her dad two years ago and told him to bring Bianca back. She really didn’t want to come back. I knew this but I also knew she was talented. I had watched her from a distance at Jackson Memorial. I felt she was as good as any guard in the Shore. I watched her out play some of the best guards in Ocean County. So I knew she was good and somehow her father Sal, convinced to try NBS again. 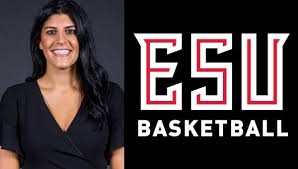 When Bianca, walked in the gym, I knew she wasn’t sure of herself. But once she started playing it became clear, she was a special passer. She electrified  the gym with eye popping passes. He ball handling was a show within itself.  She was just fun to watch. Soon every kid in the gym wanted Bianca Giordano on their team. She had proved to herself and everyone else. She could play with the best…now she will go play for one of the best in  Coach Stephaine Del Preore at East Stroudsburg University…Congrats!!