CAITLIN WINGERTZHAN…WILLIAM AND MARY HAS A PLAN FOR YOU! 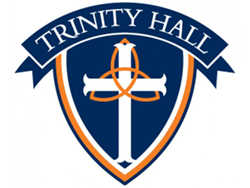 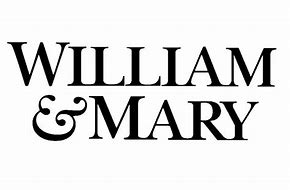 I have told people for three years now, one day Caitilin Wingertzhan would be the best post player in the Shore Conference. I told them this because I have seen her against the best of the best post players in New Jersey. I have seen her work ethic and commitment to her craft. These are things that don’t show up in a box score. A players toughness and unselfishness does not show up in a box score. Just like a players goodness and kindness doesn’t show up in a box score. These things  show up with teammates, teachers, family and friends. Caitlin Wingertzhan, just may be the most well liked kid, I’ve personally have ever known. She has a goodness and kindness about her that is almost unexplainable. She cares about all those around her. She never does anything that is selfish or self severing.  I once was hard on one of the best young post players in New Jersey at NBS. I jumped on her hard and she was shook up. She had tears in her eyes, Caitilin Wingertzhan, walked over to her and put her arms around her and told her  “we got this”; key word…”WE” ….Now you understand why Caitilin Wingertzhan is so special. It’s why she is not going to be the best post player in the shore… but is THE BEST POST PLAYER IN THE SHORE CONFERENCE RIGHT NOW.. 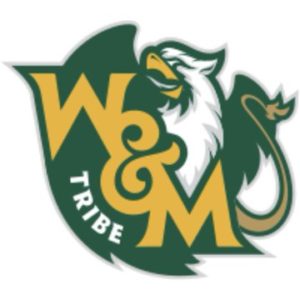 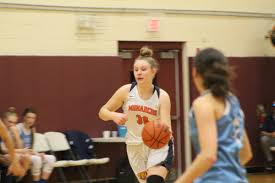 Last summer Caitlin Wingertzhan played for  Mary Beth Chambers Jersey Shore Elite team. It was strange because she didn’t put up big numbers. But I noticed her game was growing and growing. I watched her step back and shoot three’s and take opponents off the dribble. It was clear her game was evolving in a big way. It was clear that she had become a stretch 4/5 player, making her a nightmare matchup for teams. But it was not until I went and saw her play at Trinity Hall last season, that I knew something big was happening. You see Caitlin Wingertzhan at times was breaking pressure with her ball handling and passing skills vs opponents pressing. Her decision making was almost unreal watching. That is something post players are not suppose to do….but then attend Caitlin has never been like others.  We she joined the Jersey Belles this year, her roll changed once again. She became a defender , rebounder and vocal leader for the team. She embraced that role. When most kids would reject such a roll. Again Caitlin Wingertzhan is not like other kids.

I tired to tell colleges, Caitlin Wingertzhan, was going to be the biggest steal of the summer. I tried to tell them she was a kid that everyone will want come August. Well today I get to say those words “I told you so” yet again. Because like an explosion,  everyone started calling Caitlin Wingertzhan asking for her time. But those schools were at the party late. You see Caitlin Wingertzhan is a loyal kid and stuck with the schools, that saw her gifts long before others. She wanted a great education…she got that in William and Mary. She wanted to play top flight basketball, she got that with the CAA conference. One of the Top 10 conferences in all of the country. Caitlin Wingertzhan has now checked just about every box a kid can check…and she deserves it all. 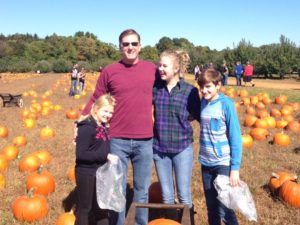 I think Caitlin Wingertzhan, represents everything about what is good in sports.  Her parents, Jack and Sally have given her that balance so many kids are missing today. They have showed her, it’s not about awards, media attention and ego. It’s really about making others feel good around you. It about up lifting teammates, coaches and yes trainers. Whenever I see Caitlin, it’s like a fresh of breath air has entered the room. She makes you feel so good about sports and young people. I am so very happy for this young lady. She has gained the respect from so many and now it’s her turn to enjoy this amazing time….CAITLIN WINGERTZHAN  CONGRATS TO YOU, YOUR FAMILY, TRINITY HALL AND WILLIAM AND MARY!