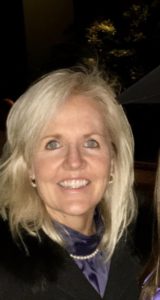 While everyone goes about the business of enjoying the high school season. Mary Beth Chambers sits and watches it all take place. It would be easy for me to join everyone and pretend that Mary Beth Chambers has not been mistreated. I could sit and enjoy an amazing Shore season… BUT I WON’T.. now that all has been decided and many have been suffered. Like the players and schools. I personally owe Coach DAWN KARPELL A huge apology.  She deserved so much better from me. I’ve  know her since she was 18 and my tweets were wrong … Dawn Karpell is a believer of kids and cares for ALL KIDS ..but anger makes people do STUPID THINGS and leap before they look…so today, tonight I want to give my thought about this entire SAD chapter and put it  to bed..

For those of you who are unaware or need a refresher on the 365-day rule:

“There is a period of one (1) year at the beginning of the appointing/hiring of a coach, paid/unpaid, volunteer or assistant or head coach, or at the end of the one year assignment where the coach is ineligible to be hired if that person has had contact with Student‐Athletes during the out‐of‐season time period. A coach must go an entire 365 days without any contact with team status Student‐ Athletes before they could be hired or re‐hired so as not to violate the out‐of‐season time period.”

SHAME on the person(s) that brought the fine print of the NJSIAA rulebook to light after over a decade of being completely ignored.

SHAME on the NJSIAA for enforcing the 365-day rule this year when, in fact, it has been and continues to be either unknown or unenforceable unless you self report.

SHAME, yet again, on the NJSIAA for making the 365-day rule known at its first Athletic Director’s meeting in October. Their unprecedented announcement tied the hands of the St. Rose Athletic Director. If St. Rose played ignorant and Chambers continued to coach, the NJSIAA would, no doubt, have taken away wins from their highly ranked girls basketball team and/or not allowed their girls basketball team to complete in the state tournament.

That’s the number of girls currently in high school that Mary Beth Chambers has had contact with. They have either been coached by, trained by or “guest played” on one of her teams. Let’s break that down a little further, shall we?

That means that Coach Chambers would be ineligible to coach at any of these schools despite the fact that coaching is her livelihood.  Whatever happened to the right to work???

TO CLARIFY: Mary Beth Chambers DID NOT violate any rule as reported by the NJSIAA. St. Rose unknowingly violated the rule by hiring Chambers who coached a single player in the spring on her AAU team. That player was already enrolled at St. Rose and is now a senior at the school.

I can’t count the number of college coaches, high school coaches and parents who have reached out to me in support of Chambers and St. Rose. These same coaches are incredulous that such a rule exists and is enforced so strictly. Is it unreasonable to have NJSIAA review these situations on a case-by-case basis? You know the answer that WE’RE ALL thinking! I’ve PERSONALLY HAD VIDEO OF TOP 20 teams  violating this rule sent to me.

I would love to know the people who did this to Beth Chambers and St. Rose.  I’d love to know if they even thought, for a second, about the players– I’m doubtful they did. Coach Chambers will be fine. The St. Rose girls will be fine– I know they will be. But ultimately, I can’t help but think that they’re the ones who will be most hurt by this decision. And that, my friends, is sad.

But let’s look to the future!

Is there any doubt that St. Rose has attracted perhaps the top coach in the state of NJ?

So for all the young players out there, I leave you with this: There is a great opportunity at St. Rose! Take advantage of it!