The 2018 season came to a close and it was a season of surprises. But somethings do remain the same as in the Powerhouse schools were just that again this year. The gap between Manasquan, SJV, St. Rose and RBC was huge. But the good news is that the upstart programs in the Shore Conference made up the 2nd half of the TOP 10. The Shore had a season high  7 teams in the state Top 20. Manchester, RBR and Jackson Memorial and Tom River North are teams of the future for sure. All most likely will start next season in the Top 20. There were some interesting story lines to end our season. Two Shore Powerhouses for the first time in recent memory RFH AND MIDDLETOWN SOUTH, did not make out Final Top 10. RFH got off to a great start including beating Franklin. Both teams were a victims of serious injuries this season. The states may be a way for both to end the season on a high note. 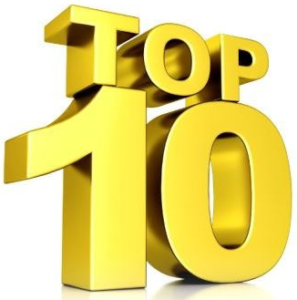 – The Tri Angle of Death was too much for the rest of the Shore Conference. Dara Mabrey and Faith Masonious had Player of The Year type seasons. Lola Mullaney was lethal all season and is clearly one of the best players in all of New Jersey. Lisa Kukoda won her 3rd SCT and she has only been at Manasquan 6 years. The role players for Manasquan will never be appreciated for their contributions. Carly Gessiler, Emma McMannmen, Annie Mako were the perfect role players, who seen to step up time and time again. Now they will look to win the TOC for a third time as well during the Kukoda era

– They went undefeated in the regular season. They were the best team in the Shore and state for most of the year. Dawn Karpell again proved she is one of the best coaches in all of New Jersey. Maddie Doring and Jada Bonner both had break out seasons. Both had all Shore seasons. Sarah Karpell will make a case as the best point guard in the Shore Conference next year after having a dream season. Karpell was masterful at running her team. Bre Bellamy and Sara Fruch formed what many believe was the best front line in the Shore. Rahmena Henderson showed why she is a future D1 player.  Babies Katie Hill and Christina Whitehead showed they too will be stars in the Shore. SJV is not done by a long shot as the State tournament and TOC  Title is now the goal.

They overcame just about every obstacle but in there path this year. If not for a last second three in the semi-finals they could be back to back champs. The three seniors, Mikayla Markham, Lucy Thomas, Ari Dalia and Loving Marsicano leave as one of the most successful group in St. Rose history. Lauren Lithgow had a break out season and will be asked to carry much of the load next season. Maggie Stapleton and Sam Mikos both got valuable time this year and will step into prime time roles next season. The point guard position is set for the next 3 years as freshman Abby Antognoli had a fruitful season. They too will have they eyes on a TOC title.

Once again Joe Montano’s team was one of the best in the state. RBC knocked off Manasquan and once again proved why they are called the Yankees of the Shore. There seniors, Rose Caverly, Hayley Moore, Amanda Hart and Katie Rice where exceptional all season. There leadership and unselfish play was on display all season. Julie Setaro as big surprise off the bench this season all SEASON. Fab Eggenschwiler fought injuries and came back to have a solid sophomore season. Sophia Sabino showed she is a future superstar at times. RBC will be eyeing the TOC title and believe they have the talent to win it.

They have become a team of the future in the Shore. It’s clear Jenna Paul  along with Brielle Bisogno one of the best duo’s in the state next year. Amanda Johnson once again was the best keep secret in New Jersey. Her younger sister Kristina Johnson is one of the best young players in the Shore and rarely is spoken of in that light. She had a effective season. TRN has a great season. They schedule keep them from gaining any real recognition this season. But spent most of the year in the Top 20 and will be looking to make a deep run in the State Tournament this year. This year could end in grand fashion this season.

There are clearly a team of the future, Kamari Reynold and Dakota Adams were great for most of the season. If not for a injury to Reynolds who is to say how good this crew could really have been. We may just find out in the States. Serenity Anderson proved she is a future D1 player. Asha Harper stepped up nicely and had some big moments this season. Nahkakeigh Hayes- Jones showed the shooting guard stop in on lock down the next two years. She was at times special this season. Freshman Morgan Brustman, will no doubt play a huge role down the road as she gained more time and confidence as the season moved on. But it was freshman Destiny Adams that made Manchester a household name. She is once in a lifetime player. Manchester got a program win over RFH and now will try and make a TOC run in the states.

They have spent most of the season not truly getting the respect they deserved. They went on a 18 game winning streak once Paige Slaven returned healthy to the team. She has become an elite point guard. Molly Collins, Melissa Buxton and Alyssa Hirschy had banner senior seasons. Sophomore Karolina Jausevicute looks more and more like a future D1 player. Baby Jordyn Keating did not see lots of time, but its clear she has a big future. They had a big win over Top 20 Manchester and shared the Divisional title. A state sectional title would be a icing on the cake to the season.

Rachel Goodale has as good a case for COACH OF THE YEAR as anyone.  Jackson was in the Top 10 in the middle of the season and never left. She watched Dani Evans, Kristina Donza and Freshman Rachel Capua have remarkable seasons. All three must be given credit for a special season they put together. Sophomore point guard Bianca Giordano has now established herself as one of the best young playmakers in New Jersey. They had a win over Top 20 TRN and lost a heart breaker to Donavan Catholic in the SCT. They are one of the real surprises this season. They went from  8 wins to 19 wins this season and games left to play. They went  6-8 in conference play last year and 12-2 this year…ENOUGH SAID…

Very quietly they have had a great season, which included knocking off Top 20 RFH. Cara Volpe has had the senior or senior years. Camryn Foltz showed why she will soon where a D1 uniform. She was brilliant in her return this season. Theresa Marsh was a nice surprise this season has she too had big moments.  This was a group that did more than anyone could have suspected this season. Now the question is can they make a run in the states. They played as a group all season and basically floated under the radar most of the season.

They once again played a tough non conference schedule and were one of the best coached teams in all of New Jersey.  Jess Broad put a cap on a great Shore career including a 33 point 14 rebound game in the SCT. Gisella Romeo was one of the most improved and exciting players in the Shore Conference. The welcome return of Theresa Besso was sweet news and next year will be even sweeter now that her return form ACL is compete. Baby Sammy Jay surprised everyone this season, she has appeared to come from nowhere and is one of the best young point guards in the Shore conference. Do not be remotely surprised if they win a sectional title. They are a very talented bunch, that had Manchester on the run late in the season.

NBS is currently accepting registration for the spring…

To register for NBS go to NOTHINGBUTSKILLS.COM