ELISE BROWN…NEEDS TO BET ON HERSELF! 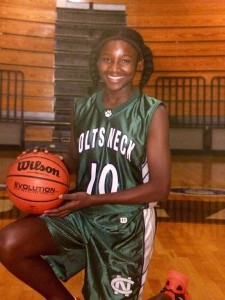 Elise Brown in the background…

I had no plans to write a blog this morning. I spent last night thinking about Point Guard school which starts Monday and how I could some how create more room for kids at NBS. But something has been EATING at me since Academic Elite.  How does a kid get missed in the recruiting process who is talented? I mean their are so many ways for a kid to be seen these days. How do so many unknown high school players, that go on to have great college careers get missed during the recruiting process?The name Elise Brown may not mean much to a lot of people. She is not a household name and plays for what I believe is THE #1 Up and Coming program in the shore…Colts Neck. 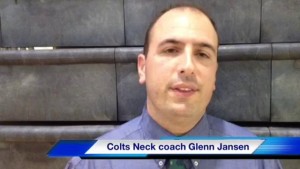 Coach Glenn Jansen is doing an amazing job with his Colts Neck  program from top to bottom. He is building a real program, his kids are training, getting to showcases and he is on top of everything Colts Neck basketball related…I LIKE IT.  When his player Elise Brown’s father called me and said he daughter was a good player a year ago I thought nothing of it. Now people I hear this every day….as in EVERY SINGLE DAY! So you must understand this means nothing to me. Now I do ALWAYS respond with “great bring her down to Hoop Group Core Skills or NBS”. In 99% of the cases, the kid never shows up and Elise Brown was no different. She didn’t show up and for it me it was no surprise, because if there is one thing I know about parents and kids…it’s in most cases they do not want their kids in strange environments against talented players when others are forming opinions. But in the case of Elise Brown something happened that shocked me a year later. 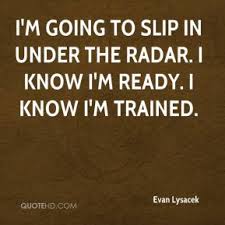 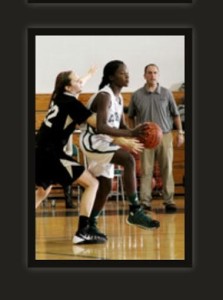 When Elise Brown showed up at Academic Elite, I recognized, the name but  had never seen the young lady. I knew her  father wanted to talk at Academic Elite, but if the truth be known I don’t know her father and I’m not really a big talker to people I don’t know…especially parents. But when Academic Elite ended I had one person on my mind… Elise Brown! She was so impressive on the day and so much fun to watch. She played with such energy, passion, athleticism and had a wonderful unselfish natural feel for the game. I couldn’t understand how a kid with these skills sets could not be more known. It got me really thinking about the recruiting process.

I have no idea what or how the recruiting process for Elise Brown is going. My gut feeling is no matter how its going, she is still most likely being under recruited. Now the question is why? So I wrote down on a piece of paper what the reasons could be. I  did this  just off the top of head; there is no real science here. I thought maybe she is getting bad advice, maybe she plays on a low level AAU,  maybe her high school team doesn’t create enough buzz and exposure. Then I thought maybe she is not as good as I think. So I went back and watched video…SHE IS GOOD ENOUGH!  I wasn’t sure and still am not sure if those were valid reasons, why I and others don’t know more about her. Folks maybe she is being heavily recruited and I don’t know and this could all be a mute point. But she is like a ghost for me that has come out of the shadows. 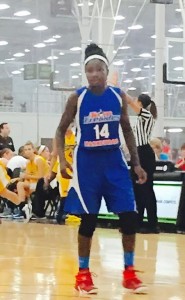 I am not sure about any of this, I just know Elise Brown has been eating at me, because I really don’t understand. I just know she’s  been on my mind since the first time I saw her play.  I went back and looked her high school stats against real competition last year. I wanted to know how she did against teams with D1 talent.  Here is what I found… 14 points vs #6 Neptune, 15 points vs Top 20 RBC ..14 points and 10 vs Two other top ten teams. She had 18 points vs Manchester in the State Tourney. She averaged 11 points and  scored in double figure almost every night. Who knows about steals and rebounds. To this day,  I have never spoken or met Elise Brown. I just have a real appreciation for the young ladies talents. 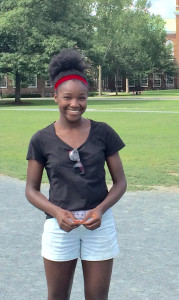 Elise Brown looks and acts like a good kid, but lets be honest I really don’t know her. Like everything else, I didn’t  know if she is a good student or not. So I checked around and like everything else with this kid I was blown away and shocked again. I don’t think her parents are going to mind if I let everyone know she has 4.47 GPA and is in the Top Ten in her class. I wondered did Ivy’s and Patriot schools know this? How could we all be missing this?  There is no question in my mind she loves basketball because she plays so hard. You don’t play as hard as this kid and not like the game.  I  just don’t understand how a player this good, this smart could possibly be so under the radar in terms of player name recognition. She is as good as any athlete in the shore, I know she has next level quickness and reaction time….. I LOVE ELISE BROWN’S  SKILL SETS. 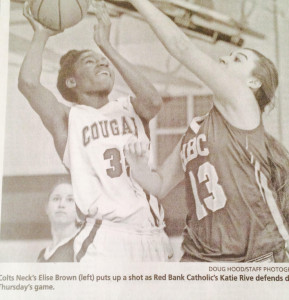 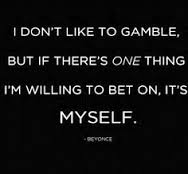 So what would be my advice to Miss Brown? I would tell her the time is NOW and the clock it ticking…so get video out…it’s the new wave of recruiting DURING THE  NON-LIVE PERIODS.  I would tell her attend more events such as NBS or Core Skills, create a reputation by playing with and against the best. I would tell her to find an advocate, somebody who believes in her and will make it their personal mission to help her make her dreams come true. I would tell her to attend College Elite camps and work the phones. I would tell her to work social media overtime and brand her name. But above all I would tell her this….ELISE BROWN I hope you are listening? This is the most important advice I have for you. Don’t bet on anyone opening doors for you, except yourself. ELSIE BROWN, YOU BE WISE TO BET ON YOURSELF……The ball is in your court...Good luck young lady and If it means anything… I believe in you!

*ALL YOU POINT GUARDS I WILL BEAT THE DRUM EVERYDAY TILL MONDAY…POINT GUARD SCHOOL STARTS MONDAY…ITS FOR YOU AND IT’S WHAT YOU NEED …COME ONE DAY…TWO DAYS.. 5 DAYS..A HOUR, I DON’T CARE….JUST COME!