WHY ARE SO MANY PLAYERS TRANSFERRING 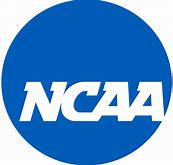 Today I want to talk about the rash of transfers in college basketball. They have always been kid transferring colleges.  These days it seems to a kid transferring every hour these days. Right now in the girls portal their are close to 400 players. My guess is that number will reach close to 600 before we get to the summer. In many cases there are players who are having success at their current schools. In some cases kids are not receiving playing time. Finally there are players leaving because they simply realize they have made a mistake in choosing a school and coaching staff. These are some of the reasons for all movement these days.  But I believe it starts well before a player gets to college. It all starts with the recruiting process.

Let me start with this, years ago coaches would watch kids play and speak to kids as often as they wanted to.  It led to coaches creating real relationships with players before they arrived on campus. But  it created a wild, wild west atmosphere in recruiting. It also took college coaches away from their teams. So the NCAA starting reducing the amount of time a coach could contact and watch a player preform. This in a time when the recruiting has gone into warp speed. Players now receive scholarships offers before they play a high school game in many cases. Since coaches cannot contact kids until there junior year. There is little if any “REAL’  relationship building developing. They rely on talking to the players high school and AAU coaches. The high school coach in most cases will not give up any bad information about the kid. The AAU coaches certainly want that kid to be recruited because it helps their programs. College coaches most intimate contact is often an official visit or when that player goes to an elite camp or unofficial visit. Where everyone in most cases are on there best behavior. There  is not a lot of time to really get to know a player anymore. In some cases it a roll of the dice. So its  when a player finally arrives on a college campus, coaches find out the true colors of a player. In too many cases these colors are not what either player of coach expected.

In some cases Coaches do not  know the work ethic of a player. They simply do not see a player enough in a practice setting and AAU games do not show this. Years ago players would go to basketball camps for example. Coaches would watch players in drills and get to see who were hardest workers. Coaches learned about the character of a player because n many cases the player was coached by someone not associated with the player. The coach would give up truthful information, be it good or bad. It’s very hard to fake a work ethic for a week or all of a high school season, when coaches could go to as many games as they wished. Anyone can put on a good show the few times a college coach attends a game these days. A player can fake their work ethic at an elite camp for 48 hours. In many cases a college coach does not find out about a players work ethic until they have signed and practicing with there team. It then becomes a problem, the coach wants more effort and the player believes they are doing there best or worst says, “I am a game player not a practice player”.  Two years ago a College coach texted me about a young lady at a D1 school. He said the young lady was lazy and didn’t work hard. I didn’t have the heart to tell him everyone except him knew this about her. She started this season and was sensation, but is transferring. Why? Because the staff really didn’t get to know her, they just saw her talent. Not the intangibles. 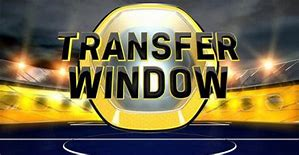 Sometimes a player wants a scholarship and doesn’t understand how much work goes into playing in college. This year I  have watched a number of players who have signed scholarships barely get in the gym this spring. They want to take time off and enjoy in most cases there first spring and summer not required to play basketball 6 days a week. These players more often than not, arrive on campus not prepared. It leads to a bad start to there college career. These players are in most cases the most unhappy of the bunch of transfers. They do not play as freshman and more importantly, there is an angry asst. coach who everyone says did not evaluate correctly and a disappointed head coach. These players in most cases like basketball but do not love it. These players do very little in the off season and become  a real problem for two reasons. They want to transfer and the coaches are too happy to see them leave.

There are players who simply go over their head when choosing a college. Many of these kids pick a school based on keeping up with the jones. They want to play at the biggest school that recruits them. These kids in many cases never gave any thought to things like, education, teammates, campus, the coaches or style of play. They simply want to impress their friends and those in the basketball inner circle. Last year I told a player, she would have a hard time playing at a Top 25 program. She was offended by what I had to say. But she asked me a question and I answered it honestly. She enterer the portal last week. There is no bigger reason for kids transferring other than for lack of playing time.

“A lot of the transfers just aren’t the traditional kids who go the same high school for four years,” Sadler said. “They’ve transferred high schools, once or maybe twice. They’ve played on several different AAU teams. If any sort of adversity hits, they automatically look for another place to play. In my mind, there’s nothing wrong with kids facing a little adversity and fighting through it. We just don’t see that much any more. It’s not just basketball, it seems a generational thing to me.”

There are other reasons why kids are transferring so much these days. Wanting to be closer to home, changing a major, looking for a new experience. The list goes on and on. But I believe the culture of sports have changed. Kids no longer want to fight for playing time. They expect to play right away, kids no longer want to hang in their and fight though. It’s much easier to just more on. You see this in AAU all the time, kids switching team. The idea of kids turning lemons into lemonade may have gone the way of the horse and buggy. Now kids want it now and waiting is no longer an option. But coaches must take some responsibility as well. They over promise and don’t do there homework in some cases….either way it’s leading to a lot of TRANFERS.