TWO teams better be very careful tonight…RBC and Holmdel. Both are facing opponents that have enough in the bag to beat them for difference reasons. Neither Freehold or Southern in my mind can win the SCT…BUT BOTH CAN SEND A TEAM PACKING EARLY 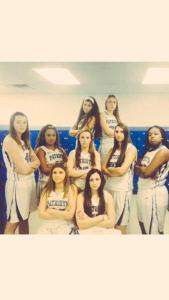 WHY RBC SHOULD BE WORRIED? Freehold Twp has a D1 center in Tori Wagner who can at times dominate games. She has the ability also to block shots and CONTROL the defensive back-boards. RBC has nobody up front with the size of the 6’3″ Tori Wagner. She could control the paint all night. Next while RBC has shooters in Alex Barazotti and Josie Larkins, understand this…. Sam Famulare is the real deal and is playing as well as anyone these days. Sam Famulare is very capable of matching both this evening. She is also capable of taking over. Finally RBC is very young especially at the Point Guard position. Harley Kneler is a big time defender and more importantly plays very physical. Freehold Twp at times has problems taking care of the ball. If they take care of it tonight…RBC could be in major trouble because they are very young and need the extra possessions. The talent gap in this game is not very big and some would say the first five are a dead heat. Alex Barazotti will need to be very good tonight…this will be no walk in park! 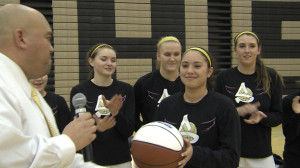 WHY HOLMDEL SHOULD BE WORRIED–Holmdel best player is Morgan Grazaino who will be playing D1 basketball at Manhattan next year. But Southern has a legit D1 post player as well in Gabby Davis. Gabby Davis has played against all best post players in the Shore and she will not be intimated. Southern no question has been waiting all year for a chance to prove they are real. They will be a highly motivated group. While Holmdel will trot out  D1 players. The Southern kids are searching for a measure of respect. Bianca Nicolini is not going to back down from those D1 guards on the floor tonight. Nicolini will want to prove she can play with anyone this evening. If this gets close and Southern hangs in late…Holmdel could be in for some real trouble. Graziano cannot let Gabby Davis get going, she is big strong and has the ability to take over…This could be an all out WAR if Holmdel is not ready to play!