Tonight is about TRADITION AND TRANSITION

Tonight in the Shore Conference one word will rule the evening…TRADITION AND TRANSITION. Tonight 4 of the best girls programs in New Jersey history, along  with its players, coaches and fans will see transition. Many people  don’t like transition, but like it or not, it’s happening tonight and it’s happening in a big way. St. Rose, RBC, Manasquan and RFH have traditions like no other. Yell all are right in the middle REAL transition tonight. How they handle it is going to say a lot where each program is going…AT LEAST FOR ONE NIGHT. 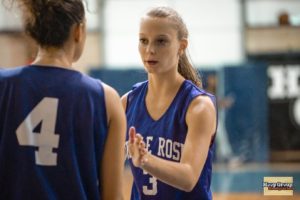 Tonight st. Rose is going to have a lot butts in the seats. Tonight is the transition many St. Rose faithful have been waiting on. Tonight a Tradition of being one of the best and playing the best will return. Tonight St. Rose, will play a meaningful Shore Conference game at home in December. It will be rocking in Belmar tonight, it will be something new to the St. Rose program for the first time in 7 long years. Tonight, nobody will complain about the weak Conference and non conference schedule they have  played in recent years. Tonight St. Rose won’t be driving to Deleware hiding from the hot lights of Shore basketball or playing a unknown North Jersey team.  This evening they truly return to the Shore Conference. Tonight they will have a chance to prove they are among the elite. They can start the process of earning a high seed in the SCT, rather than you using a derserved lower seeding as a rally cry and  motivation.

The transition will come with many questions, like can COACH CHAMBERS mold this talented group into a TEAM when it really matters…like starting tonight. She will be the biggest transition of all, tonight will begin the culture of real change. She knows all eyes are watching. She will have a disadvantage of only coaching her team for just weeks. That’s because last year a strange rule prevented her from coaching. So she is learning on the fly about her team and they are learning about her. Lauren Lithgow has been a nightmare for RBC. She will need to bring back some bad dreams tonight for RBC.  St. ROSE,  will have a super women to call on in a pinch tonight. Brynn Farrell, is something rarely seen in a St. Rose or any other  uniform. Now her teammates will need to make the transition of playing with a mega star. There will need  to be a lot of trust in the St. Rose’s lockerroom because a lost tonight would be the biggest test of all. One lost at any point thiseason and truth will be revealed. It’s then, Coaches Chambers will know who is buying into the TRANSITION AND WHO’s not..all this and Makayla Andrews has not put on her cape yet.

When SJV hit the skids, they sent somke signals out for Dawn Karpell to return, when Manasquan lost it’s way, they reached into the RBC family and pulled out a superstar in Lisa KUKODA,  to revive their program. All programs go though ups and downs, except one The one constant in SHORE basketball is RED BANK CATHOLIC. RBC is different than any program in the state. They get a differentkind of  kid and run their program unlike any other program. You don’t attend RBC if you want to be a star and win personal awards. RBC has only one concern they school reputation and classy ways of doing things. Nobody is bigger than the name on the front of there Jersey. Everyone knows that’s not changing as long as Coach Montano is running the show. But what is changing is their teams approach toward a season. 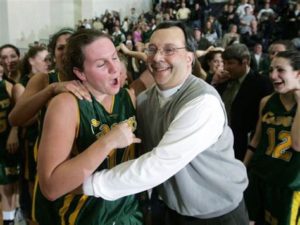 There is real transition taking place. Gone are 4 seniors who won and represented the RBC brand like few others players who wore the RBC jersey. The  Legacy Hayley Moore, Katie Rice, Rose Caverly and Amanda Hart left is everything RBC was about. Winning, no drama, titles, ranking and off to college. But now RBC is different, gone is all that seasoned leadership. There Captains are a junior Fab Eggenschwiler and a senior who never started a mega game in her career in Julia Setaro. Now RBC will try to grow up in a hurry. They have the best young talent in the state. Freshman Ally Carman had 20 points in her college debut. The baby Unicorn, Justine Pissott had 13 points in her debut. There most seasoned player is Sophia Sabino, she has proved big games are her thing. See her 24 points in RBC’s win over Manasquan last year. After her, everyone on the roster will be meeting transition head on. RBC may think there playing with house money. But Joe Montano knows the history of his program. His team is every teams biggest game. Morale victory’s at RBC don’t fly. Tonight RBC will be playing an older, stronger, experienced team. Tonight RBC could find out what being on the other side of a nightmare looks like. Joe Montano will need to make the transition, of coaching his youngest team ever… 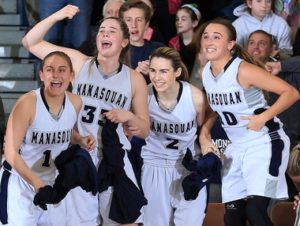 Manasquan has been to 6 consecutive TOC finals. It’s a tradition built on sucess. The past 6 years on most nights they  had the 3 best players who walked on the court. This  is where things have changed. That will not be the case on most nights this year.. They will now have the best two. Lola Mullaney and Faith Masonious are rare players. But Lisa Kukoda, knows her program is in transition. Opponents see blood, pay back and believe Manasquan is vulnerable. 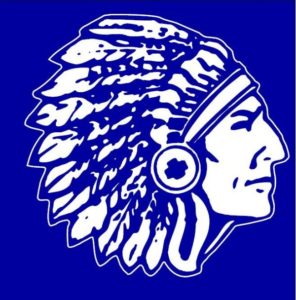 They believe this because like for many years, Manasquan has had a short rotation. But now finding 5 reliable players on the big stage will be a challenge. She will start baby Georgia Heine, but Heine has not run though the fire  drenched in  gasoline. Tonight Manasquan will need to show for the first time in years, there still different than everyone else. Tonight they need to show, the names have changed but the game is still the same.  Tonight, Manasquan needs to show Annie Makos, has been ready for years and give RFH a taste of what they been missing. Tonight the Manasquan babies, Brooke Holloway and Dorothy Loffedo must make the transition from grammar school to high school. Tonight RFH will try and pull off a surprise. The gym will be buzzing and  if Manasquan gives them any sign of life, things could get dicey. In the past MANASQUAN never gave teams in these type of games any hint of life, even before the game started..but we are in a TRANSITION. 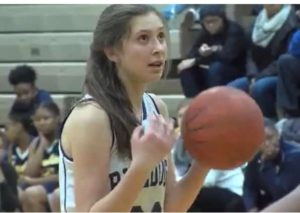 RFH, is facing a reality starting tonight. One of the great traditions in girls basketball is at the crossroads. A tradition deep in sucess. Two years ago RFH had Manasquan beat in the Group 2 semi final and the officials made what  is now known as the invisible call. Two years ago RFH was a Top 5 program in the state. Two years ago the name RFH put fear in the hearts of opponents. That was 2 years ago, last year Tori Hyduke was rolling toward the player of the year and was injured. RFH has not recovered since that day. RFH is not ranked in the state. There not even ranked in the Shore, that’s a first in 25 years. The two best players in RUMSON, don’t even play for the school. 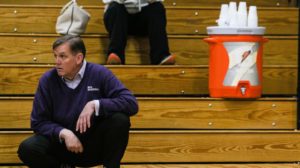 Dave Callahan Bulldogs are ready for the NOW

RFH is in full blown transition and they couldn’t have picked a worse team to start the transition against. Tonight, GRACE MUNT and LUCY ADAMS will be asked to be special for one reason…BULLDOG PRIDE. Tonight, they will have to lead the way. Tonight they will need to compete like never before. They will need to send the message to there teammates..WE ARE BULLDOGS. There will need to scream it out loud. They will need to remind there teammates what makes them special. They are great athletes who are tough as nails. Girls who have won chips in other sports,  they have a winning  Pedigree and love the word TEAM. Dave Callahan, has done one of the best jobs EVER of holding on to a programs Legacy. Tonight the real transition will start, he will need to find a way to be competitive in his own building. He will be bringing  a knife to a gun fight. But he just may have something up his sleeve because since his arrival that’s exactly what he has done. Didn’t we call the RFH PROGRAM DEAD THE YEAR HE ARRIVED…But he made a smooth TRANSITION…exactly what he needs tonight..

This evening 4 proud programs are going to find out a lot about themselves. Tonight, win, lose or draw, one thing is clear. Tonight will look nothing like the past. A new era of basketball will begin for 4 of the great traditions in girls basketball….ST. ROSE, RBC, MANASQUAN AND RFH. They each will face a new world and everyone will be watching.

UP COMING EVENTS…SIGN UP NOW