MEGAN FURCH… IS THE REAL DEAL 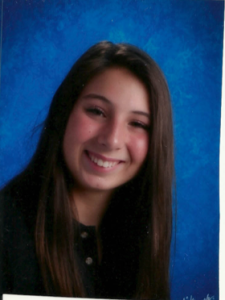 College coaches you better remember this face.  Because if you don’t,  again I will be telling you ” I told you so”. The player I’m about to write about is turning into a DREAM story. It’s starting to in fact look a lot like the Sam Guastella story. You know the former RBC player that went on to stardom at Quinnipiac. Now with that being said I fell bad writing this blog. A very talented assistant coach at a D2 school has gotten way out in front of everyone on this young lady in the recruiting process and no question today I will make her job a little bit harder.

Megan Furch plays for SJV, a team loaded with D1 players and one of the best high school coaches in America. She also plays on a team with 3 D1 players that play her position. One of those players, Kimi Evans, is going to be a BCS major college player in 2 years. Now the past 3 years she has not received much playing time in games that matter. Now in most cases this would take its toll emotionally on a kid. But Megan Furch is not like most kids, ask her about her coach and she smiles. Ask her about SJV and she says its the best school in the world and she couldn’t see herself anywhere else. Lucky for her, she is not short sighted; she realized she practices 4 months out of the year against the best competition she will see all year.  Now all the great coaching and competition in practice is paying off when it matters most. 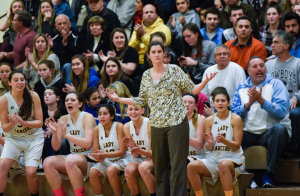 Furch standing and cheering…because she get its!

Next season folks Megan Furch is not just going to play for SJV but she is going to play a lot…BANK ON IT. This spring I have watched Megan Furch do a dance on some very good players this spring. I am talking about players going D1 next year and players with tons of offers. I have seen her knock down jumpers like a guard. I have seen her become the total package or as one coach said ” She understands how to play winning basketball.” But  more importantly she is rapidly becoming one  of the best unknown players in the shore…again reminding me of Sam Guastella’s rise to greatness.  Now you may think that is a stretch. Its not because I have seen her rock it at NBS and core skills, places many have lost and made reputations. But more importantly when college coaches send this type of text “Tiny am I missing something? The Furch kid is a beast” ..you know something is happening. Now while many players hide from real competition in the gym, just like with her high school  team…she fly’s towards competition.  Megan Furst is about getting better and that’s exactly what she has done. Not by complaining to her high school coach about playing time or playing in AAU games on the weekend where playing time is shared and practices are not a grind…MEGAN FURCH has paid the real price the goes along with earning respect ! SHE HAS OUT WORKED EVERYONE.

Last night I had a talk with a Coach and she asked me if what she saw last weekend by Furch was real? She said I saw SJV play and didn’t remember her. I told her because she most likely  played spot minutes. She couldn’t believe it, but then I reminded her who the forwards are for SJV and a lot of D1 kids wouldn’t get big minutes either at SJV. When you go to SJV nothing is given or promised, except good coaching and competitive practices. But playing time is not going to be a issue next year, because Miss Furch is as good as anyone these days. Its called growing as a player and folks nobody is growing like this young lady these days. 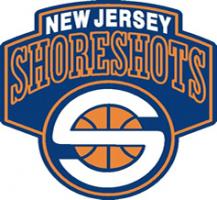 When the Shore Shots went 5-0 during the recruiting weekend, many people were surprised. But if you have been around Megan Furch the last 2 months your would not be surprise by anything. Furch has become a full blown match up nightmare for everyone. The 6ft forward buries jumpers, gets to the rim and rebounds like a animal these days…that’s why they went 5-0 and have coaches swarming there team these days. Last week I watched her play against a senior moving on to a D1 school next year. It was no contest and she made it look easy. Back to the basket moves, 18 foot jumpers, three point jumpers, offensive rebounds…you name it she did it. By the way she is doing all this with multiple D1 post players on the court, meaning its the real deal. Not some tall girl dominating a few undersized post players. Afterwards I told a friend of mine SJV is going to have some fun practices next year and Megan Furch is going to find herself being heavily recruited.

THE TINY GREEN’S ADVICE FOR THE DAY! 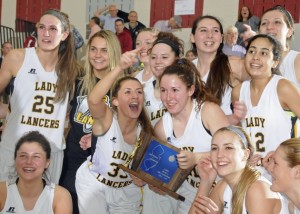 FURCH IS EMERGING FROM THE BACKGROUND!

In a time when kids want things given to them. In a time when you are telling kids to get out of their comfort zone, Furch gets it!..in a time when kids complain about playing time, while making excuses but don’t work at it the right way, Megan Furch accepts the TOTAL challenge…in a time when kids are only good teammates when they are the focus, Megan Furch is always a teammate…in a time when finding kids who work hard regardless of what they are up against, instead of running away….MEGAN FURCH stays and fights the battle and now she has won……coaches remember “I TOLD YOU SO” and please don’t question my track record folks…This young lady is going to bring a smile to a lot of coaches…and to that one coach who has done all the right things…I AM SORRY but to be honest even you said ” its going to be hard to hide FURCH, she just too good”