LUCY ADAMS IS THAT GOOD!! 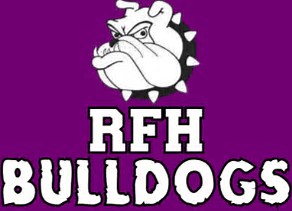 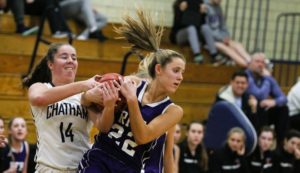 A few days ago a friend asked me who were the best players in the 2020 class. Like everyone else the names, Makayla Andrews, Karmeri Reynolds and Fab Eggenschwiler come to mind. But one name is rarely mentioned and before we are done she just may be the  best in the 2020 class…LUCY ADAMS IS THAT GOOD.

When Dave Callahan became the new coach at RFH, he told me Lucy Adams was a Division one player and was going to be a stud,  I smiled out of respect. When he told me Lucy Adams would be one of the best Freshman in the state, I thought he really loves his kids to a fault. But Dave Callahan also told me Tori Hyduke was the best player in the state this year. I’m starting to listen to him when he talks about talent. Because Lucy Adams is growing up right in front of our eyes and she my friends is starting to look like a mega star.

Last Summer Lucy Adams joined the  Mary Beth Chambers Jersey Shore Elite team. It was here I should have known Lucy Adams was going to do great things. Coach Chambers called me one day and said Lucy Adams was a D1 player and could do things that she could not believe. My respect for Mary Beth is immense, but I told her, all I ever see is her shooting three’s. Great kid, great family but D1 …I was not buying. That is until D1 coaches keep bringing her name up. They loved her long, wire like athletic body. They loved how she ran the floor and of course at 6’2″ with her shooting range, it made her not only different but special. All this should have been a sign of what was to come  this season. 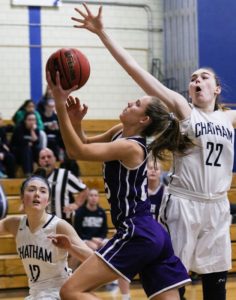 When  RUMSON lost 4 starters and then when Michela McGarvey got injured. It appeared RFH was in serious trouble. But for some reason Dave Callahan didn’t seem concerned. I found out why in RFH’s  first game of the season. On the road against Chatham and playing against a 6’3″ senior bound for D1 Dartmouth. I discovered Lucy Adams sweet innocent and quiet approach has nothing to do with her competive nature. It was  in the 2nd half of this game, I knew Lucy Adams was the real deal. Not only did she throw the Division one bound senior in the ice box. She blocked shots and seen to get every rebound. She was a warrior of warriors. She showed the fight and competitive nature of her running mate Tori Hyduke. She also showed she could play with the best of the best. Lucy Adams didn’t show me she was a Division one player, she didn’t show me, she was one of the best players in the 2020 class. What  Lucy Adams showed me is that, she is going to be one of the best players in New Jersey one day.

Dave Callahan and Mary Beth Chambers have created a monster. Last summer Lucy Adams played against real competition on the AAU circuit. She played against killers and she learned how to compete and practice . She also learned that defense is a must or in real AAU games you get exposed.That’s why a player who as a freshman was a average defender is now an outstanding defender. It’s why a player who just sat on the outside and shot three’s last year. Now is a College Coaches dream offensive package. She is relentless on the boards, gets to the rim and still has that sweet jumper. Her pride and toughness has allowed her to become the  perfect stretch forward. She can give it to you anyway you want it. Inside…outside… off the dribble …or in transition at 6’2″ ….now you know why I say… one day she will be one of the best in New Jersey…college coaches are not dumb folks. 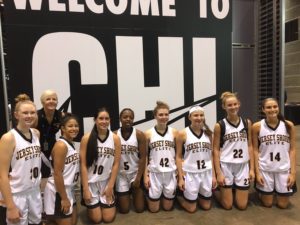 Lucy and RFH are having a blast!!!

Now don’t kid yourself, Lucy Adams is very lucky. She is playing for a offensive…Genius!! Dave Callahan knows how to set talent free. It’s no mistake Tori Hyduke is the best player in New Jersey right now. Dave Callahan likes to set his horses free. He has set his horse named Lucy Adams free on the state. While Hyduke gets the headlines., Callahan has allowed Adams to showcase her game. It could be taking the ball Coast to coast at 6’2″ or letting her release her electrifying euro step in traffic. He allows her to continue to bury threes. He has allowed Lucy Adams to show there is nothing she is not capable of doing. Like three  double/double this year already and folks RFH plays REAL competition .  In the game vs. #4 Franklin she stuffed the box score with 6 points…6 rebounds..4 dimes ..4 blocks and the two steals were just for window dressing.  The next time somebody asks me who are the best players in the 2020 class are…I will answer, I don’t know,  but I can tell you who in the 2020 will be one of the best players in New Jersey one day…LUCY ADAMS..the big skinny is now a BIG DOG.