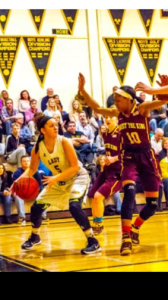 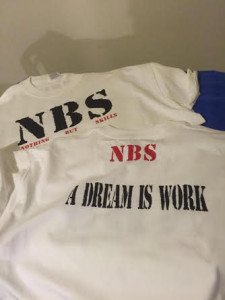 Yesterday at NBS Kellie Crouch received a NBS T-Shirt, that may not sound like much to most. But anyone who has attended NBS knows that we don’t just give out T-Shirts.  I have heard people say it’s a great way to advertise the program. I have heard it makes kids feel closer to the program. I have had parents and kids ask if they can buy a NBS-Shirt. Those people have all heard the same answer the past 7 years. You have to earn A NBS SHIRT. There have been thousands of kids who have come though NBS in the past 7 years. There has been hundreds of college players who been part of the NBS ….but its been 7 years since a player has received a NBS T- SHIRT….AND IT TOOK A SPECIAL PERSON TO BREAK THE DRY SPELL…KELLIE CROUCH. 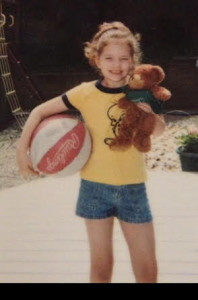 I met Kellie Crouch when she was 5 years old

Most know the story of the 2nd grader who refused the leave the park in 102 degree heat. Most know she is a D1 player who will attend Wagner College. But what most don’t know is that Kellie Crouch is a young lady with real backbone and a real understanding of what makes a good person. She understands that doing what’s right is always better than taking short cuts or stepping over bodies. 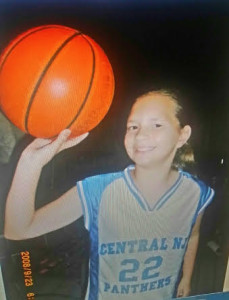 Some people play basketball because it a great way to socialize. Some play because it’s a way to be popular. Some play because it’s a way to get attention.  Some play because they can get a scholarship to college. They’re all great reasons to play the game. Kellie Crouch plays the game because she LOVES THE SPORT! The other things are just a bonus. But what really makes Kellie special is that she represents every thing coaches ask a kid to be on and off the court. It’s not easy when you  make sacrifices every step of the way of your  journey and still be able to be fair, honest and understanding of others… 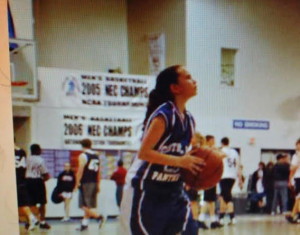 Looking to the Heavens! 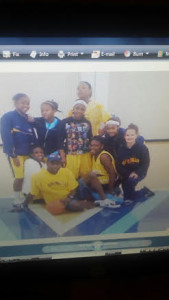 Kellie with her Team Miller crew

AAU has a way of ruining relationships. It’s a real test to leave teams and change teammates and remain a real friend to your ex teammates. When Kellie Crouch’s AAU team broke up, nobody called her or tried to see if she was okay. They all took care of themselves and forgot about Kellie Crouch. Despite this, Kellie Crouch still remains close friends to those who turned their back on her. She never let on to how she was hurt by those who were her teammates. Kellie is one of the few kids who has teammates and friends all across the state.  She forgave those who turned their back on her and embraced everyone  from day one and it’s the reason she is getting a shirt. 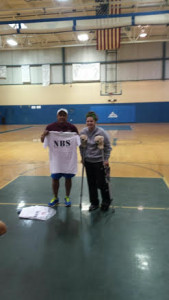 When Kellie Crouch attended SJV, she was forced to play out of position. She adjusted because others couldn’t or wouldn’t. When she was a freshman she played behind seniors who maybe were not as talented as she was…she didn’t say a word. When SJV was winning games and she was making big play after big play, she got very little credit last year. She never said a word. Why? Because while others claim to be a good teammate Kelly Crouch is truly a good teammate…when I’ve spelled her name wrong for 15 years…what did she say…NOTHING!….it’s NOT A ACT folks….IT’S A CLASS ACT! and a lot of people would be wise to learn from Miss Crouch! 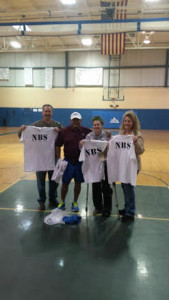 LORI AND RICH CROUCH BECAME FIRST PARENTS TO GET A SHIRT

Some parents can only be happy if their child is the center of attention. Some parents feel talking negative about other kids elevate their child. Some parents think nothing of hurting others providing their child will benefit. Some parents teach their kids to be self centered. These parents kids are never real leaders, they are front runners. They move in strange circles. Kellie Crouch’s parents would never tolerate a self centered daughter in their household. They don’t need to talk negative about other kids basketball ability to make them feel better about their daughter. They can root for other kids and be happy for them. They don’t need their daughter to pump out stats or be in the newspaper. They don’t need for their daughter to win awards. They love Kellie and that is what is most important to them….THAT KELLIE KNOWS SHE IS LOVED….THIS IS WHY THEY ARE THE FIRST PARENTS TO RECIEVE A NBS T-SHIRT… 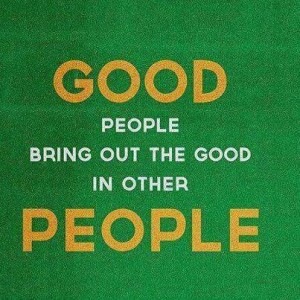 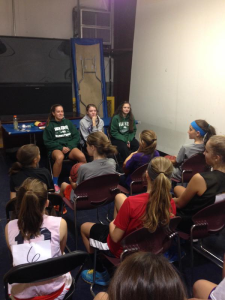 So what makes a good person? A good person makes sacrifices and doesn’t need the world to know. A good person understands helping others at your own expense at times goes without reward. A good person doesn’t resent others success and good people get along with those who have done wrong to them. This would be Kellie Crouch and it’s the reason she has a NBS T- SHIRT… 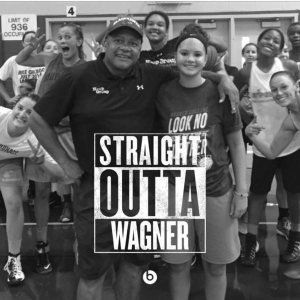 I may never give another T-Shirt out at NBS because the bar has been set so high by kids like Kellie Crouch. Kids who understand the world does not revolve around them. Kellie and family teach honesty and caring. It’s why she walked away from 5 …count them 5 D1 offers, not knowing if another one would be coming. She has always been honest and up front with people, even when it works to her disadvantage. It’s why when some colleges were not honest with her she could say ” I think it’s all for the best” ….I hope every kid tries to be Kellie Crouch. I hope they understand you don’t have to be a politician to get ahead, you don’t have to misrepresent who or what you are…I hope kids understand basketball doesn’t have to be about hurting others and it’s really about building relationships….I HOPE I HAVE A RELATIONSHIP WITH KELLY CROUCH FOREVER…..it’s the reason she has the FIRST T-SHIRT IN 7 LONG YEARS……

ITS BACK THE TEACHERS CONVENTION THIS THURSDAY AND FRIDAY…9AM-2PM