JOE GREEN THE BEST I EVER KNEW! 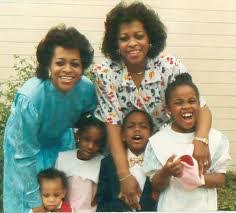 My daughter  never saw my weep, I said weep not cry. The reason was I found out my brother had colon cancer. Now I speak to my brother only a few times a year. My family is not the warm and cozy type. But when we see each other it’s like we see each other every day. I guess when you grow up with 13 brothers and sisters in 4 bed rooms this is what happens. When you share a bed your until life until you attend college, I guess you form a bond that nobody can really understand. But he reason I was weeping is that my brother is maybe more responsible for who I am than any human being on planet earth.

My brother JOE GREEN doesn’t have college coaches calling him all day. He wasn’t a D1 basketball coach, he didn’t coach NBA players. He doesn’t write a blog or train future college basketball players. Most outside of his family and former co-worker don’t know his name. But make no mistake he is the best coach I have EVER KNOWN AND IT’S NOT CLOSE. Every thing I have learned in my years as a coach always comes back to him. He was the greatest motivator I have ever met. He was the most competitive human being on planet earth, I ever met. He was by far the best teacher of basketball I have ever met.

My bother taught me and my sister how to play this game I love so much. My sister flat out was one of the best players I have ever seen. She led the state of New York in scoring, she single handily took Flushing high school to the city championship game. She was way ahead of her time. She had a chance to go play at St. Johns but it wasn’t cool for girls back in the 70s to play in college. But make no mistake today she would be a rock star in girls basketball. 4o point games was the norm for her back in the day. She learned the game using a simple formula.

My brother JOE would take me and my sister to the park. He taught us how to shoot to and dribble. He did it by making us do things the right way and he made us do it over and over. He taught us what competition means, because when you played 5-2 a shooting game for nickels and you lost, he talked smack and always took the money….no matter how much you cried.  He taught us toughness because when I played my sister one on one and NEVER BEAT HER….that’s a fact. He laughed and bragged about how she was better. He made me play her knowing I would lose and cry. He made me work harder and more importantly…figure it out myself. He liked when you cried because it showed him you cared. But losing to anyone else was a difference story.   JOE  Green was a master of phycology. He knew when to  make you feel special, he would say things loud enough for you to hear in the other room like ” he is going to be a bad man” or ” Ellonya going to be the best” now as I am older I know most of that was just to make me feel better. My brother Willie was by far the best player not just in my family but maybe in Flushing history. But that didn’t matter…what matters is how JOE made me feel…now do you understand why I cried, he was my teacher!

Today is 9/11 and on this date his two children lost their mother. My sister in law, Wanda Green was the senior flight attendant on flight 93 that crashed in Pittsburg. She was a wonderful mother and her kids loved her. My nephew was on the FDU basketball team and on 9/11 he was not at practice that morning. I was really upset because he didn’t call. It was only later did I find out the horrible news…He is a NYC police officer these days. He is following in the footsteps of his father who was a gold shield detective in the city. Anyone who knew officer Joe Green knew this…he was great at his job. Their daughter Jennifer Green is a ETM agent this days and like her mother and father she wants to help people and that’s exactly what she does these days…SAVE LIVES…both kids today will remember that horrible day that changed their lives. But what they also will know is that they have the strongest dad I know to lean on. JOE GREEN is rock and nobody knows this better than me…it was why I wept! 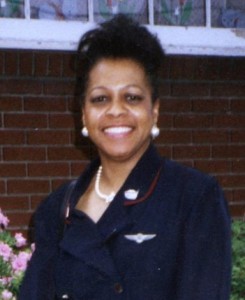 9/11 has affected a lot of lives and so many are still carrying the wounds. I have lost 2 bothers to early. I have lost a sister law who deserved so much better. But I hope it’s a long time before I lose the biggest, strongest rock I know….JOE GREEN!