On THURSDAY the Hoop Group will release the 2019 All Freshman Team. The team was  finalized 10 days ago. It is never easy picking which 6 freshman had the best seasons. Notice I said seasons, not best players. Often times a talented freshman has a talented senior ahead of them. MADDIE DORING was not on the 2015 All Freshman Team, but was a All SHORE player last year. CAM FLOTZ for example was injured her freshman year. She is clearly one of the best players in the 2020 class. 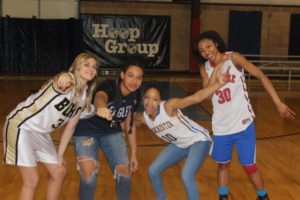 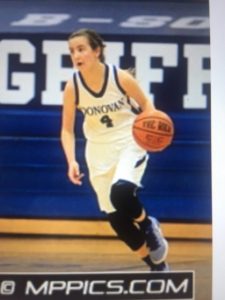 Paige Slaven was a surprise 2017 All Freshman Team Member

I am well awhere what these awards mean to kids and there  families. I also KNOW THE POWER OF MY WORDS. I TAKE THIS VERY SERIOUSLY…I am smart enough to know that making the All Freshman Team can jump start a players recruiting and give them that all important name recognition. In the past 13 years every member of the All Freshman 1st Team has gone on to play D1 except three. One had a career ending injury, Christina Antonakakis turned down Multiple D1 offers to smartly attend MIT and finally one player, sadly  did not develop. Every member of this year’s graduating All Freshman Team all have signed at D1 schools 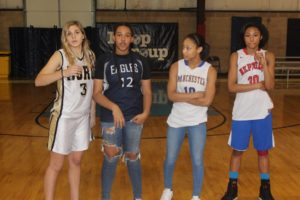 The 2017 Hoop Group All Freshman Team

THE HOOP GROUP 2018 ALL SHORE CRITERIA

1. Did the player have a major impact on their team?

2. Did that player have a big moment on a big stage?

3. Did that player play in the meat of games?

4. Did the player make the team and teammates better?

5. How much  responsibility was placed on that player?

6.  Did that player have a good attitude and was she a good teammate?

7. Did  opponents prepare differently  for them?

8. Was the player humble yet enthusiastic?

9. Did they preform on the biggest stages and receive major minutes?

10. Where they respected by teammates and opponents?

It should be noted, I did not see every team play this season. Therefore a very talented freshman could have been missed. If a player was a known gym rat, and all was equal, that player was given the nod. I  did not seek the opinion of high school coaches when putting together the 2018 All Freshman Team. I did ask two D1 coaches who had seen the Top Freshman play their opinion. I did ask one coach to send me the stats of two players who were dead even in terms of making the ALL FRESHMAN TEAM. ..Finally for the 2nd time in 8 years we will have a 2nd Team All Hoop Group Freshman Team. This is out of respect and a real HONOR TO THE 2022 class 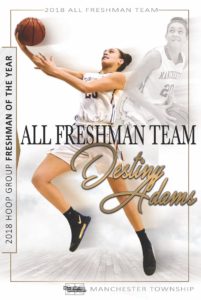 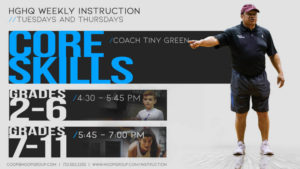 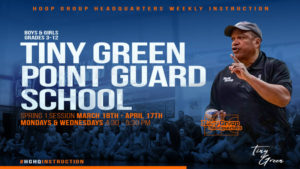 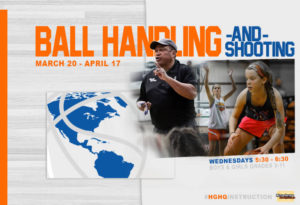