Tomorrow will begin a march for many young players to start the process of preparing for high school. The class of 202o will be challenged, on paper they will enter next season with the fewest lock D1 players in recent shore history. But that can all change in 10 weeks; as some kids will no doubt step up. There of course will those who don’t step up and those we will not know of until next year. Remember Luci Thomas came out of nowhere to win our FRESHMAN OF THE YEAR AWARD. But if the truth be told we have not missed very many over the years. College coaches and fans would be wise to pay close attention to the names coming across twitter and this blog for the next ten weeks. The New Year is when everything STARTS to come into focus, you learn everything you need to know about teams and kids over the few weeks. You find out what kids and teams look for and take shorts cuts and which one don’t… ITS PUT UP OR SHUT UP TIME FOLKS….FOR EVERYONE! 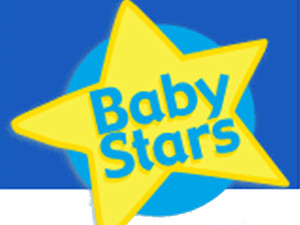 FRESHMAN OFF THE AMAZING START

There is no question one of the biggest surprises OF THE SEASON TO DATE… if not the biggest; is the freshman class. This is the most productive freshman class since the  2011 class, which went on to produce a whopping 23 D1 players, when all was said and done. But that class only started  with 7 D1 lock players. It was a class loaded with gym rats, much like this years freshman class.  This freshman class has 12 D1 locks RIGHT NOW. But what is most impressive about this year’s  freshman class is this. The impact they are having is shocking by anyone’s standards. Jenna Paul, Brielle Bisogno, Lola Mullaney, Faith Masonius, Isla Brennan and Sara Karpell’s impact on their teams for example has been earth shattering.. These freshman are not just part of their teams, their performance may hold the key to the success of their teams when it comes SCT time. Freshman of the year is going to be a major battle. There are also no less than 4 other freshman I believe could be in the hunt before the year is over, including Lauren Lithgow of St. Rose, now that she will start getting more minutes. 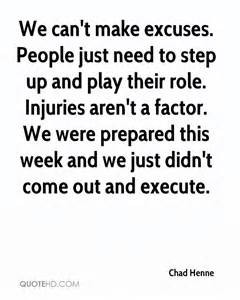 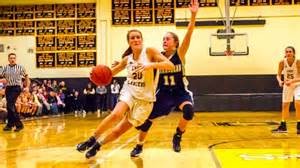 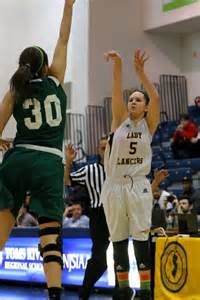 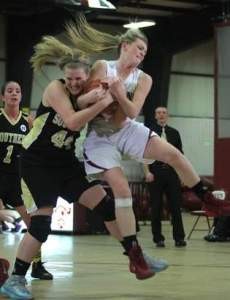 The injuries this year has plagued many teams early. Injuries cannot be used as an excuse, teams must figure out a way to survive. No team  has been more effected than maybe the two best teams. SJV has been without D1 guards Kelly Crouch and Kelly Campbell, and it finally caught up with them in Fla in a triple over-time lost. But Coach Karpell team has appeared to survived it all and is in great shape as in #1 in the state shape at years end. RFH has been nothing close to being a whole team all year. As Scanlon has been limited to a certain amount of minutes and Lesko who had been out all year returned, but with the same deal as Scanlon as 2015 closed. When RFH went 0-4,  few if any believed they could stick together. But they have clearly done just that as they have not fell apart with off court issues of fighting and knocking on Coach Sourlis’s door. Both these teams will look much different after the New Year. But there have been other injuries that have played a major role in teams success. Like future D1 post player Gabby Davis was out until last week for Southern. Davis returned against Top 20 Notre Dame in Southerns’ lost. Southern has held there ground without Davis, both there loses where tough ones, without the team falling apart, even against ranked competition. Here is a major prediction, with the development of Collen Brady and Davis back…Southern my friends is going to become a very dangerous team to EVERYONE! 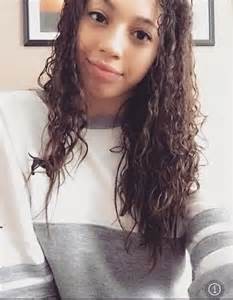 Why are we not talking about St. Rose? They took on the #4 and high school defending National Champs to end the year and gave them everything they could ask for…WITHOUT LUCI THOMAS. St. Rose is far from what they will be in a few weeks. What do you notice about St. Rose right now in the box scores in their two quality games?…Jen Louro’s looking much like her sister in the stats area. She rebounds, passes, defends and scores big baskets while  doing what ever that team needs on any given night…its called winning basketball….not being a STAT JUNKIE! 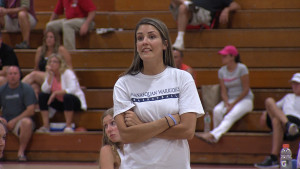 Another Coach of the Year Award?

Manasquan many felt would take a step back without Marina Mabrey AND ALL THE INJURIES. But  what we are all finding out is this…Lisa Kokoda is on track right now to win her 3rd Coach of the year award in 4 years. Kokoda’s team has been lights out. Beating RFH on the road and then winning another WOBM with a win over Top 10 Middletown South. Dara Mabrey was MVP (catch my article on Sunday about Mabrey) and she is becoming the master of the big moment. Mabrey has to be in the POY conversation right now. The next few weeks are going to say a lot about where this group is going, but as we start the new year its looks good….as in there are the #3 team in the entire STATE! 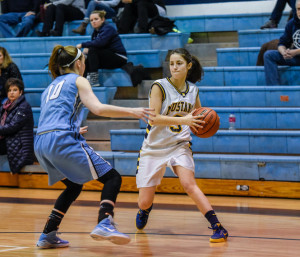 Marlboro has surprise everyone with their insane schedule and early season showing. The Mustangs have made it back into the Top 10. I for one did not feel there was any chance for this team with all they lost to make it back. But Molly Weiss has D1 schools asking about her and has been pillar for Marlboro and Tatum Evans has been beast at times in the post. Jess Board has clearly stepped up, but Jessica Iacobellis is a name most I can assure have never heard of her…folks go check her numbers out and get back to me! 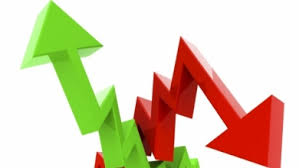 There are a number of players who stock has risen. Now you ask why? It’s simple most of these players addressed issues over the summer. They have made noticeable improvements in there game. Some players have the same weakness in the games as they did last year and in most cases it has become clear they did not address those issues.  Many players are offended at the truth and coaches often times are not honest with them. Those players go backward and there teams pay the price. College coaches catch on and before you know it, its too late! They players DO NOT fit into that category and college coaches are buzzing. 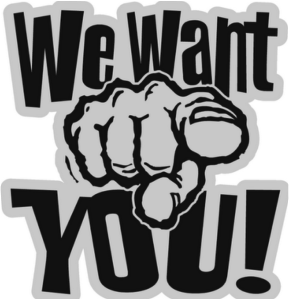 * Dezzy Allen of Neptune, right now may be the best player in the state. Why are coaches going crazy over Allen now? Two reason, first she now is the best finisher at the rim in the state of New Jersey. In a lost to Notre Dame with two D1 post player over 6’0″, Allen continued her insane play with 21 points and 12 rebounds. Next Allen has addressed a major issue in the past. She is the consistice day in and day out….that started in the fall with her work ethic and commitment to details…Allen is by far the hottest player in the state. Before the year is over, she could rival Kimi Evans as the most in demand junior.

*Katie Foos of Rumson, most are not playing attention too Foos. But there is not a day that doesn’t go by when a college coach does not ask about Miss Foos these days. Foos has long been thought of as a nice kid who lacked foot speed and D1 talent. Those days are long gone and Foos has the quickest release in the Shore and the moment she walks on the court she affects the game. Foos’s, size, shooting range and ability to get shots off make her a player as one college coach said “somebody you simply have to have on your board” Foos this summer made a real commitment to shooting quicker and most importantly using her size the right way…This kid got it done in the off season and now is reaping the benefits…from bench warmer to major weapon, it doesn’t happen very often. No player right now has done more for their stock!

Katie Rice of RBC folks is a BCS player and how do I know this? Because I said it and when I make such statements they come true 99% of the time. Rice is long, quick and athletic with an improving stretch game. She made the WOBM  All Tournament First team and that is just the start. But understand and you 8th graders pay real attention. She did it by getting in the gym, skipping politics and butt kissing . She  first addressing her ball handling skills, which now are the best of any swing player in the shore….I said anyone folks. She did it by working on her post game. Notice not just the points folks, she knocks on the door of a double, double door each night. But here is what everyone better be watching. Who is the best in the shore…dare I say the state at finding shooters off the bounce? Katie Rice that’s who! and before she is done we are going to see multiple triple doubles.

Jess Board, of Marlboro right now would be a lock for most improved player in the shore. People she is only a sophomore and its the reason college coaches are going, who and where did she come from?…well they can stop because Board is averaging a double/double and we are talking against top competition. Board my friends is going to make a case for All Shore and right now is making a claim outside of Dara Mabrey as the best sophomore in the shore…oh year D1 schools enjoy the bone just thrown your way.

Kerri Tanke  of Manalapan  is so off the radar its not worth discussing unless you are a college coach….nobody in the shore is paying attention to her.  I saw her at NBS all fall and let me tell you something. Like all Beth Chambers players she has made a major jump as a player. She did so by working on foot work when told that is what she needed to do. She has improved her scoring and balling handling skills and that could be the reason she dropped 22 in florida over the holidays… it called addressing issues.

LOST IN THE SAUCE 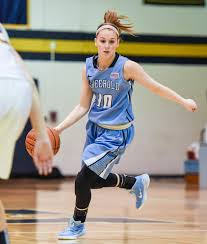 NO player is in a tougher spot than Harley Kneler of Freehold Twp. She is playing lights out and it may go unnoticed all year. I have never seen in all my years a player who has had more bad breaks than this young lady. But have no fear folks Kneler will be wearing a D1 jersey come next season. She is right now the most underrated Senior in the state of New Jersey…. 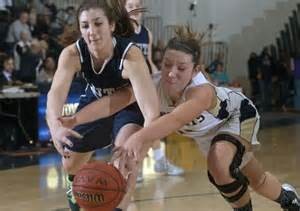 ALEXANDRA BALSAMO  of Middletown South right now is playing out of her mind. She is getting lost because the two stars at Middletown Karcz and Dalonzo both D1 players get the loins share of the attention. Throw in future D1 mega talent, Freshman star Isla Brennan and Balsamo is all but for gotten. But she made the WOBM All Tourney team and has been sensational all season. Her 24 points against Manasquan was just and example of what she is a capable of each night. The new year will hopefully bring some deserved acknowledgement from shore faithful and coaches…this is a clear example of a player suffering from name Recognition 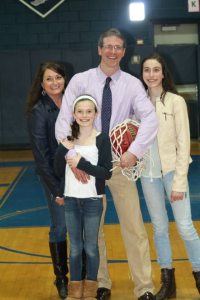 OUR PRAYERS GO OUT TO THE PROFESSOR AND HIS FAMILY…HOPEFULLY HE WILL BE BACK SOON DOING WHAT HE DOES BEST….BEING A ROLE MODLE FOR YOUNG PEOPLE!