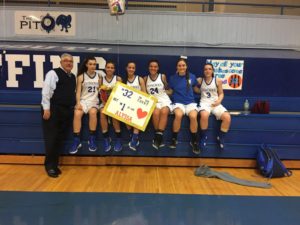 I believe the job of a high school basketball coach is to mentor kids. They also must create a atmosphere, where kids feel good about themselves; while learning right from wrong. High School basketball is about helping young people grow emotionally and mentally. Good high school coaches, teach kids how to handle the ups and downs of life. Good high school coaches also want to win. But it’s not their sole motivation, most coaches just want their kids to just give it the old college try. I have never in all my life met a coach that doesn’t love kids. This gets to me the news that Jerry Bruno has resigned as the Head Coach at Donovan Catholic.

Jerry Bruno, over the past 5 years has turned Donovan Catholic into a Ocean County powerhouse. His teams have been ranked in the Shore Top 10 the past 5 years. He has coached ALL SHORE D1 PLAYERS like Dana Carbone. He has helped turn players like Katelyn Borgeshi into scholarship players. His team has won or tied for the B South title the past 5 years. His teams have played in events as the Boardwalk Showcase.  It’s safe to say Jerry Bruno, has been one of the most successful coaches in the shore conference. But the one thing that Jerry Bruno has not been able to do is beat the elite teams in the shore. St. John Vianney and RBC are not just state powers, they are national powers. Both these schools coaches have historic coaches in teams of success. Jerry Bruno wanted Donovan Catholic to be mentioned in the same breath as those teams. But those teams have history and traditions that took years to build. Jerry Bruno was trying to catch up with these teams overnight. Despite all the success at Donovan Catholic, Jerry Bruno could not do the impossible. 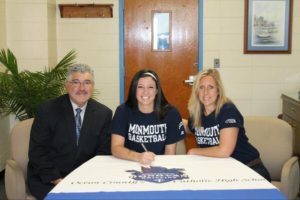 What Jerry Bruno did do at Donovan Catholic was create a atmosphere, that did not exist before he arrived. He created a program that was expected to win championships. He made wearing a Donovan Catholic uniform mean something. He taught his players the value of hard work. More Donovan kids train year round than at any other time. Coach Bruno wanted his players to believe, they could always do more and achieve more. Jerry Bruno gave his heart and soul to the Donovan Catholic kids and program.

It was not uncommon for him to call and ask me how a kid was doing. It was not uncommon for him to call me and ask for help with a players college recruitment. It was not uncommon for him to pick up the phone and tell me how his kids deserved to be a All Shore or All Freshman team member. He often called me to brag about his kids. Once I called him about a blog I was writing; about his team. He asked to please not mention his name in the blog. This was Jerry Bruno, the same man who resigned yesterday at Donovan Catholic. The same man who built something very special, that should last for years. Remember this was no one trick pony, he built. This was a coach that built a program, not a team. Their is a big difference, anyone can build a team. But building a program takes sweat and tears and Jerry Bruno gave Donovan all of that and more. OH yeah…he also asked me not to talk about him, but rather all his kids accomplished in his time…that’s JERRY BRUNO. 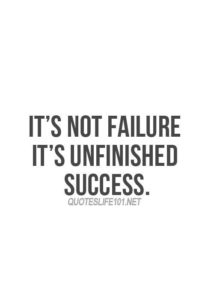 Jerry Bruno wanted to continue chasing his dream of beating the big dogs, THOSE MAGICAL PROGRAMS. But somehow something went wrong at Donovan Catholic. Somehow the school and Jerry Bruno got there signals crossed. Maybe Jerry Bruno gave Donovan Catholic to much success to quickly. Before he arrived  at Donovan Catholic, the school had suffered NINE CONSECTIVE LOSING SEASON.  Seven years later, the school record is 126-50. Those are staggering numbers for a once dormant program. Maybe winning the prestigious ESPN KSA CHAMPIONSHIP and beating beating the NJ Group 1 state champs in year three, was too much too quick. Maybe having college coaches buzzing around and kids getting scholarships- raised expectation too quickly. Maybe he made it to easy for the Donovan Catholic folks to forget, what life was like before he arrived. Maybe winning 73% of your games, spoils people. Sometimes the goals change and people want more. Sometimes a coach just believes it’s time to move on. I spoke to Jerry Bruno yesterday night, you could hear the disappointment in his voice. He knew he was one star player away from catching the RBC and SJV’s of the world. He knew that he was never on a even playing field. He never had a Kimi Evans, Megan McGuiness or a Christina Danella. Donovan Catholic, just never could attract that mega star. Dana Carbone, Chelsea Crowe and Katelyn Borgeshi all developed once they got to Donovan Catholic. They were not stars when they arrived at Donovan Catholic, he made them stars.

Coach Jerry Bruno built Donovan Catholic from the ground up

Jerry Bruno is walking away from a program he loves and he built, call it resigning or pushed out; it really doesn’t matter. Jerry Bruno won’t be on the sidelines next season. It’s not just a major lost for Donovan Catholic, but a big lost for the entire Shore community as well. Not because of all he accomplished on the court…but rather because COACH JERRY BRUNO WAS A GOOD MAN WHO DID THINGS THE RIGHT WAY! ….I KNOW THE DONOVAN CATHOLIC FAMILY WISHES HIM THE BEST…and so do I.