We live in a time where kids specialize in sports. They play one sport year round. There circle of friends are from those who play that one sport. Today trying to find a well rounded healthy athlete is getting harder and harder to find. That’s because all kids hear is that if you play multiple sports you cannot excel and you can’t make your dreams come true. It’s a good thing Rumson’s Chase Boyle and her family pay no attention to such talk…Because the star basketball player at RFH is on her way to Loyola College on a full Division one… Lacrosse scholarship!

There is a big PARTY happening at the Boyle house tonight… well done young lady pic.twitter.com/JZIqZa2JfO

The day after Chase Boyle committed to Loyola of Md her #17 Rumson Fair Haven team knocked off the #1 ranked team in the Shore Conference Tournament. It was she that scored the winning goal in overtime.  The very same week Chase Boyle was up for Player of the Week in soccer. By now you most likely have figured it out.  Not only does Chase Boyle have great timing, she is also a three sport athlete at RFH and she has excelled at all three sports. Last season she was one of the biggest reasons for the success of the RFH basketball team. 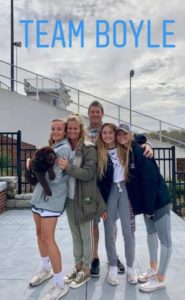 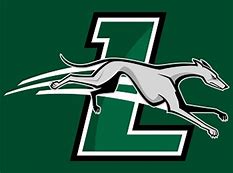 If your wondering  why Chase Boyle just may be one of the best athletes in the State. It simple, she got good genes as in really good genes. Her father is 6’6″ and was a three sport star in high school. Pat “Paddy” Boyle  was a tremendous athlete. Chase’s mom, Farley  (5-11) was a multi sport D1 athlete at Jacksonville University – played volleyball there. Was an SEC-level recruit. Older sister McKenzie – was all Shore in Volleyball and Lacrosse. She followed her Moms footsteps and is at Jacksonville for Lax. (Payed hoops for 2 years at RBC as well). There is a younger sister Abby who is an 8th grader – plays Lax and Hoops as well. You see it’s no surprise that Chase is this big time three sport player. The family clearly understands it’s a benefit to kids who play more than one sport. It keeps them balanced and allows them to touch many circles and make friends from all walks of life. Chase Boyle has been doing just that and doing it in a big way. 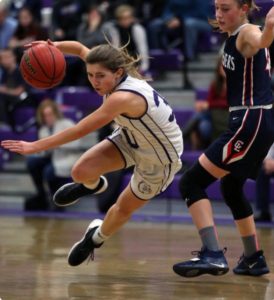 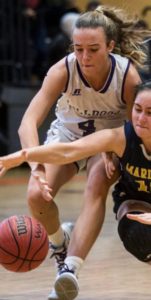 Last season RFH was the surprise team of the Shore. In a year that was suppose to be the year that Bulldogs program was to  ride off into the sunset. They shocked just about everyone and there coach Dave Callahan was named the coach of the year. Chase Boyle was a the quite star of the team. She was the teams best defender, I have to think the soccer and lacrosse has a lot to do with that. She was one of RFH’s best players the 2nd half of the season. She was 2nd on the team in VPS (value point system which measures, points, FT makes, steals, rebounds, deflections, charges against negatives (miss FT’s, turnovers and fouls). The player in front of her? Another two sport player Cortland McBarron who averaged  16.0 pts..3 assist and 5 rebounds a game in the 2nd half of the season. McBarron has 23 in a half against Top 20 Middletown and 23 vs Holmdel. She and Chase proved that two sport athletes can be dominate. They also make a case it really pays off in many cases to play multiple sports. The RFH team is loaded with two sport players. Chase Boyle has an off the charts competitive nature and it just may be because she is such a well rounded athletic player. 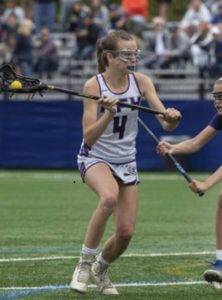 There is a lot to be said about a kid who plays multiple sports. They are willing to play different roles. In basketball Chase is the blood and guts for the team. She does all the little things that make the team success. In Lacrosse she is a star and the player that stirs the drink. You see playing 3 sports has taught how to accept a role that will is best for the team.  It says way more that she can be great playing any role. Loyola College is very lucky because the one thing that is really different about Chase Boyle is this…she is a winner. Be it in soccer, Lacrosse or basketball. She also has taken a little from each sport and blended it all together and for that she is being rewarded by going to one of the two best Academic conferences in the country...THE PATRIOT LEAGUE. Loyola College is pretty lucky… but they going to have to wait for Chase Boyle because she has some unfinished business to take care this fall, winter and spring… CHASE BOYLE IS JUST GOOD AT EVERYTHING!