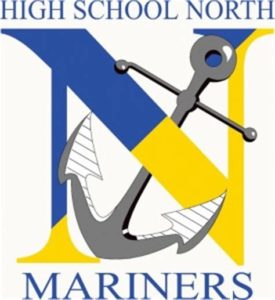 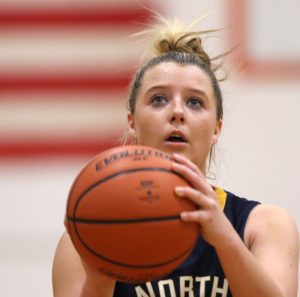 Today I start my Team and Player Spotlight. Each day I will spotlight a team or a player. Today I will start with what I believe is the best returning Point Guard in the shore and one of the best in the state…BRIELLE BIGSONO OF TOMS RIVER NORTH HIGH SCHOOL (TRN).

Three years ago, it was predicted that TRN would become a powerhouse team in the shore and the state as well. She was the type of player TRN has not seen in years. She was blessed with lighting quickness, toughness and ability to knock down shots. More importantly she was part of one on the best AAU teams in the state. The Toms River Starz was loaded with players like Kylee Watson, Lola Mullaney and her future teammate Jenna Paul. It was a team of D1 All Stars and she was the leader of the team. It was clear that TRN would become a powerhouse, with Paul and Bisogno leading the charge. 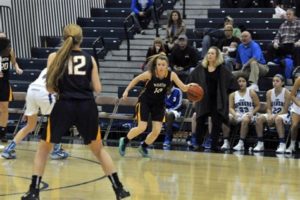 Brielle Bisogno proved from day one she was going to be special. She also sent a message to the Shore Conference and the state, she had arrived. She debuted with 23 points in her first high school game. Then backed that up with 21 points and 14 points in the next two games. If there were any questions about weather she was going to be a star; it was answered in the first week of her high school career. It was  her explosive and savage approach to the game on both sides of the ball, that opened everyone’s eyes. She was a physical defender who put ruthless pressure on opponents with  her attacking offensive style. She was named to the HOOP GROUP 2016 ALL FRESHMAN TEAM. She averaged 13 points, 5 assists and a ridiculous about of steals. Those numbers were mind shocking for any freshman. But most importantly she helped TRN change the balance of power in Ocean County. 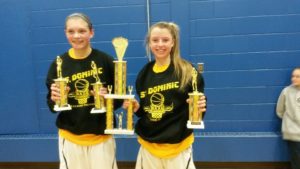 It was clear going into her Sophomore year TRN was going to be a powerhouse. They were expected to be a Top 20 team in the state and a Top team in the Shore. It was all in place and everyone just couldn’t wait. That was until Bisogno tore her ACL and was forced to sit out her entire Sophomore season. TRN was still a very talented team led by Jenna Paul(verbal to Colgate), who for years had been in Bisogno shadow. Paul was brilliant and helped lead TRN to a outstanding season. TRN was ranked as high as 10th in the state  but lost a heart breaker in the state final to Cherokee at the buzzer. They finished 27-4 and went undefeated while winning the divisional title. As predicted TRN was a powerhouse.  But everyone knew if Brielle Bisogno was there, things may have been different. 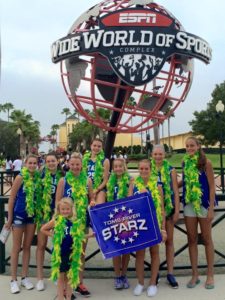 Brielle Bisogno was part of the powerhouse Starz team

I watched the rehab of Brielle, I saw the frustration on her face.  I saw the jump shot become a suspect and she lose confidence. Last spring, I called her father and told him to shut her down. I told him she would not be ready for July. I told him the college coaches would not see the real version of Brielle. I told him coaches just may label her, if they were not careful. But Bisogno, played anyway last summer. She had moments and at times showed flashes of old self. But more importantly, she proved to herself she could make it back. 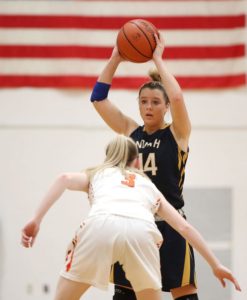 When the pre season ranking came out this past season. I had a nice chuckle, because I knew something most did not know. TRN was going to be real good as in really good. Why? I watched as Brielle Bisogno got healthier and healthier. I watched how her decision making got better and better. I noticed the jumper had found its way back. I noticed she again she was one of the best on ball defenders in the state. I even watched her run some great guards out of the gym. Brielle Bisogno was not 100% back, but she had stepped up her game. But it was not until I saw her play in the WOBM semi-final did I go….SHE’S BAAAACK! It was against #12 ranked Ewing with two D1 players including Mya Grimes, that she reminded everyone what she was capable of…. folks trust me few players eyes light up  more, when challenged like Bisogno. “SWEET B” as I like to call her had 29 points, 6 rebounds, 5 dimes and 4 steals. She put on a show of shows in the win over the 12th best team in the state. She would go on to make the WOBM ALL TOURNMENT TEAM.  All this with less than 5 months of basketball under her belt. Many who were not in the know, believed losing conference player of the year Ashley Tutzauer would cause TRN to go back a step. They had all forgotten about one of the best players in Ocean and the Shore… “Sweet B”… TRN with Bisogno rolled through the division, with a 14-1 record, a 28-4 overall record and a #10 ranking in the state. But they still had unfinished business…like a state title. 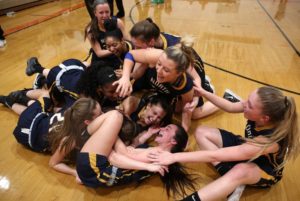 Bisogno was the difference this year in the G4 state Final

If you really don’t understand what Brielle Bisogno is all about. Know this, when TRN played the #8 ranked team in New Jersey  and defending SJ group 4 champs Cherokee, in the state final. Bisogno, watched in pain as she could not help her teammates. This time she was available and it was she that delivered the knock out punch to start the 3rd quarter with her two steals and buckets. It set the tone for the remainder of the afternoon. She finished with 10 points 5 dimes and 6 rebounds. In a convincing victory OVER CHEROKEE for sweet revenge.  Once again, when the games are biggest ….”SWEET B” plays her best. 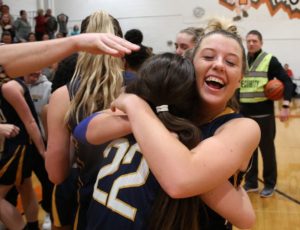 We are now seeing her best after a year away

This Spring I have seen Bisogno  continue to grow. I know she is still not 100% where she would like to be, the decision making is coming back and the her basketball instincts are still off the charts. This spring she has proven to be a major handful for everyone. This April she was about 70% of who she really is…but these days Bisogno is cooking folks. It why right now she is the best point guard in the shore for my money. She is the total package these days, she is easily the best on ball defender in the Shore, her ball handling skills are already next level. But its the improved shooting and basketball savvy that has really elevated her game. College coaches you are in for a major shock!! The lost year,  she cannot get back, but her upside is really scary…its why I believe she is a high major player. I believe she is A-10 good and a dominate player at the Mid Major level…..Brielle Bisogno is going to prove me right yet again…. 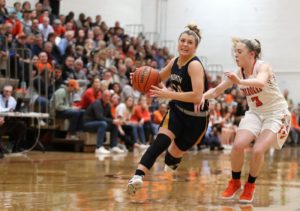 College Coaches take this as a gift from me to you. https://t.co/GNncmZJ8G5 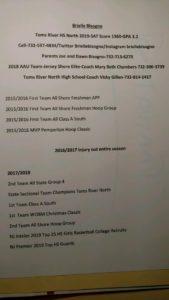