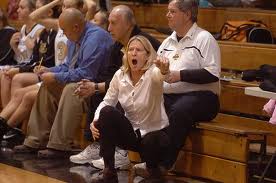 Hall of Fame Coach Kathy Snyder will be missed

Again this is a one horse race on paper. Southern Regional won the A SOUTH title last year. But they lost two games in conference to Tom River North and that should raise a red flag. But TRN has lost senior leadership and yes Brick High School is getting very serious about their basketball program as kids are training year round. But both schools lack the talent or size of Southern Regional. 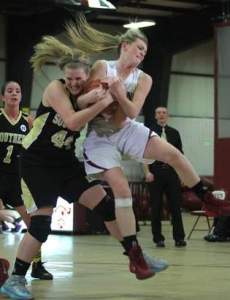 Southern Regional returns 3 starters and they are all impact players. First they have one of the best young post players in the ENTIRE STATE,  in Gabbie Davis, she will be heavily recruited by mid major Division one programs across the board. College coaches make no mistake she is the real deal. Davis has hands from the heavens and has every back to the basket post move you know. Her ability to rebound in traffic allows her to be a one-woman rebounding machine. She is a real issue for everyone in this or any other conference. He is something to chew on; Gabbie Davis starts for every single school in the shore. But Miss Davis will not be alone.

Bianca Nicolini will shock everyone with her new aggressive offensive attitude. She has danced in the shadows the past 2 years. She has had some big scoring nights in her young career. But this year she appears to be ready to step out into the light. She spent the fall playing against some of the best players in New Jersey and tested herself and found out she can play with the best… her confidence is in full bloom. She has a blazing first step and is murder off the dribble. Look for an All Division type season from this young lady. She is also going to find out that college coaches will be flying toward her like bees to honey. 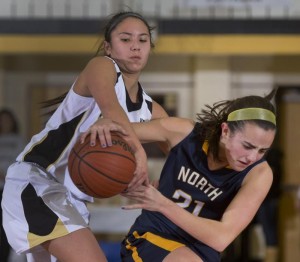 Bianca Nicolini is ready for a great year!

Southern has that all-important senior leadership as well. Sr. Vicky Ciazzo will join Davis in the front-court. She has been in the battles and will give Davis that added support up front. Tierney Goetz seems as if she has been around forever. The senior guard is backing down from no one and can score if called upon. She will be very important off the court as well, as she must be the voice of the team and hold them together when things get tight. 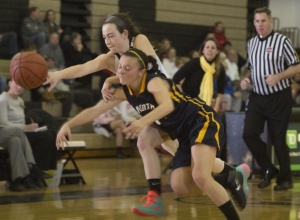 Replacing Allison Spaschak will not be easy

Southern if everything breaks right could end up in the Top 10. But it will require everyone playing at  a high level. The tools and talent are there, but the chemistry and willingness to play, as a group will need to be front and center. The lost of Allison Spaschak cannot be understated. Somebody will need to replace those shoes…

FRESHMAN OF THE YEAR– no clear favorite

COACH OF THE YEAR– no clear favorite