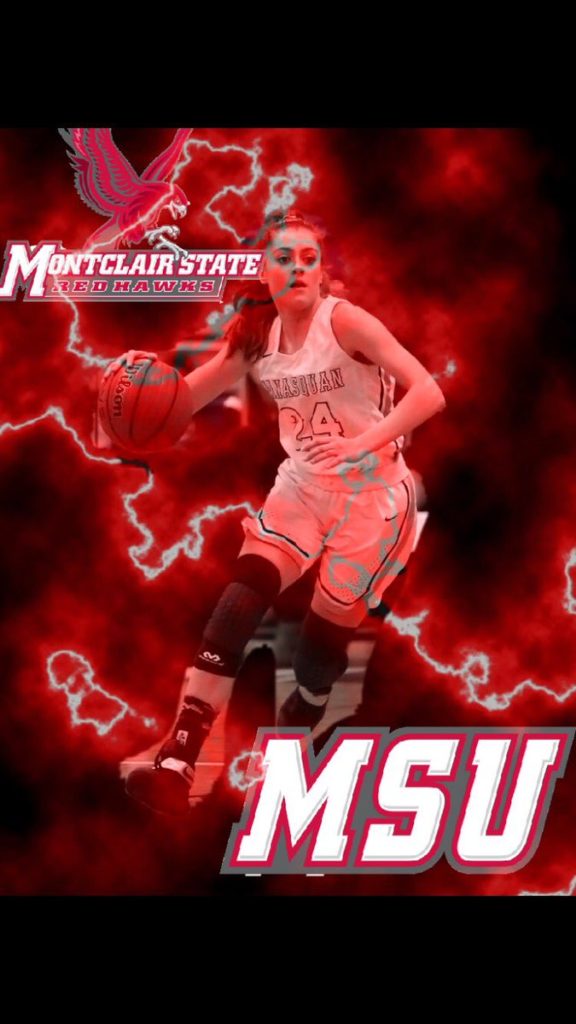 Annie Mako, has won just about everything their is to win in high school. I believe every program is better with a Annie Mako in it. She gets it done with her smile and welcoming attitude. She has played with some of the best players in the country. More importantly Annie Mako knows what it takes to win. She understands winning trumps everything. She has played her role at Manasquan to perfection. She has been the ultimate teammate, she has never made playing the game of basketball about herself but rather about the team. It’s why she has been able to fit in like a glove at Manasquan. It’s why she has never fully gotten credit for being a very important part to Manasquan’s success, but is appreciated by the Manasquan faithful. 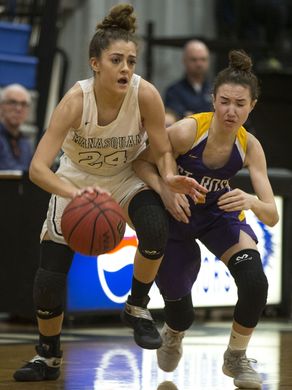 Annie Mako made one of the biggest shots of the year last year vs St. Rose

Annie Mako has hit some big shots in her time at Manasquan. Like her big three late in the game to help Manasquan knock off St. Rose in one of the biggest games of the year, last season. But that is not what Annie Mako is known for. She doesn’t win personal awards, she doesn’t get the spotlight or newspaper headlines. What Annie Mako has done in her three years is find ways to help her team win. If they ask her to play defense, she has been winning to do just that. If they ask her to handle the ball mistake free, that’s exactly what she has done. She is the biggest cheerleader of her teammates. It’s she that is jumping up and down on the bench and rooting for her teammates. Its’s she that understands little things matter. Hitting big shots are things that get you in the newspapers, like it did last year. But winning is what’s makes people never forget your name. Annie Mako is a name that few at Manasquan will ever forget. Annie Mako has done something few can accomplish…she has been the ultimate winner and teammate… 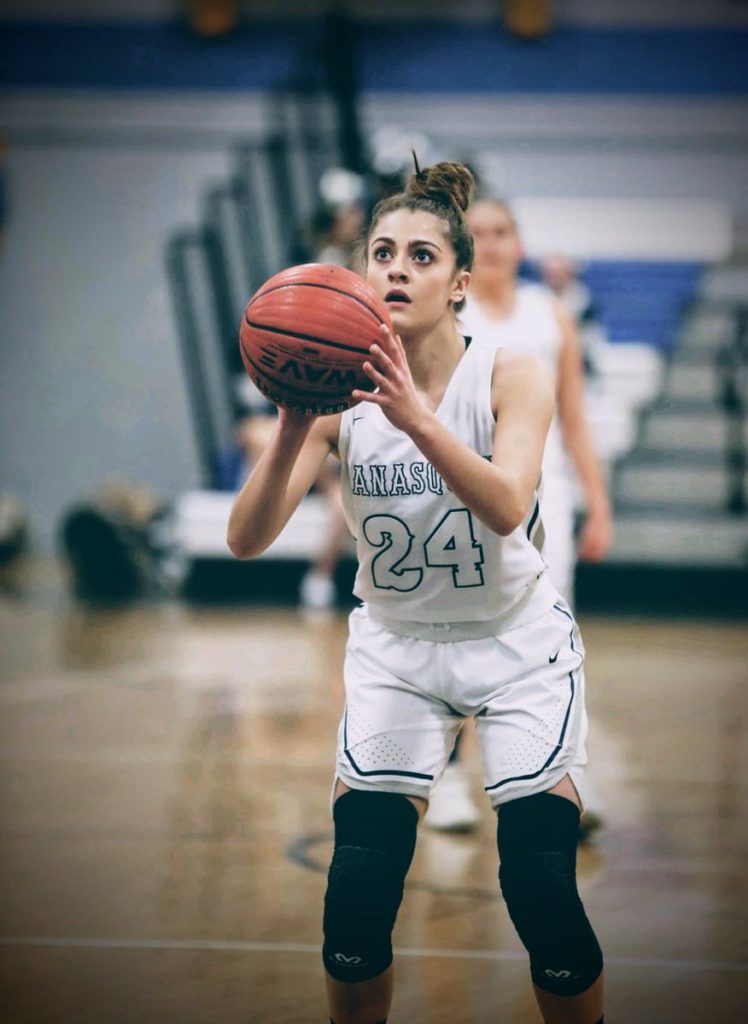 Annie Mako’s teammates love her. She is that rare kid that gets along with everyone. She is the kid who embraces the new freshman on this years Manasquan team. She is in a slightly different role this year. Now she is one of the leaders of the team. She will have more scoring responsibility that ever before. In the past she has played with some of the best players in the country. She plays now with two mega stars Lola Mullaney and Faith Masonious. She knows they will get the loins share of the attention. But she knows that this season they can’t do it alone. Annie Mako will be ready, how do we know this? Because when have you ever seen Annie Mako not ready? She has always been ready to go on game night. When you play for a school like Manasquan with so many great players. Playing time is not easy to come by and so are shots. But Mako’s it seemed every night you could count on for a few buckets even in big spots. So this year it will not be much of adjustment changing into a much needed bigger scorer. She will still do the little things and more importantly show the talented Manasquan babies how to work and WIN CHAMPIONSHIPS. 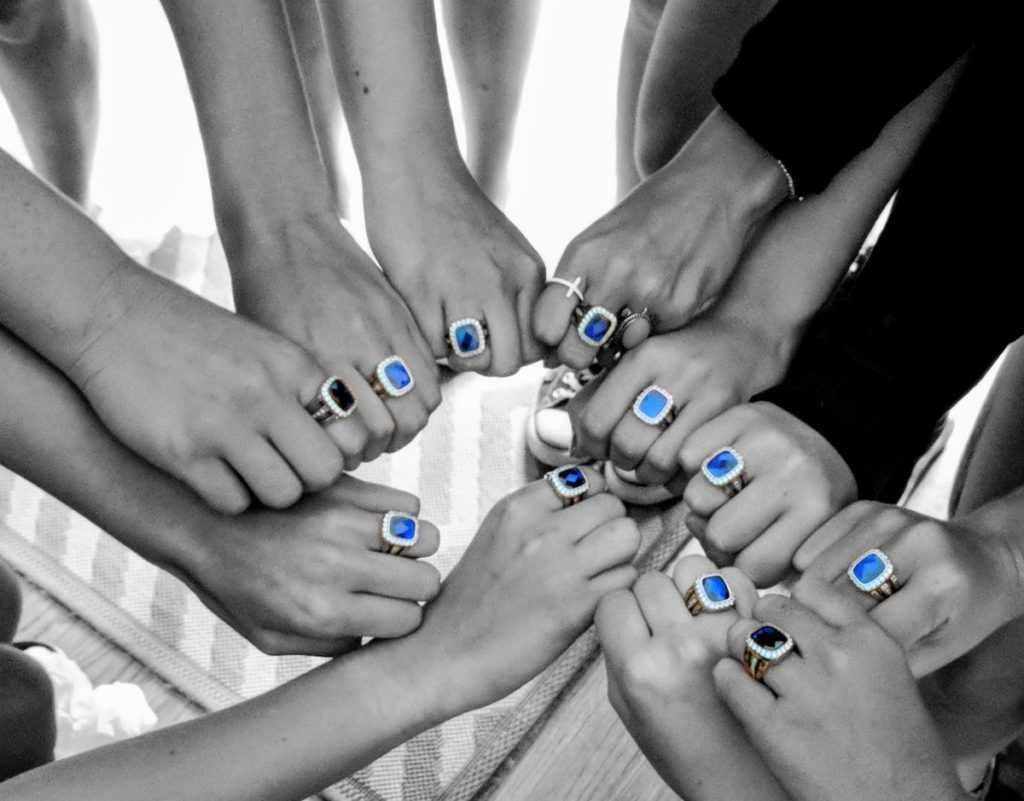 ANNIE MAKO AND RINGS…THEY SEEM TO GO TOGETHER

Montclair State likes winners but they also like good kids. Annie Mako is not just a good kid but she brings teams together. She shows everyone around her, that working together for a goal as a group can be fun…and it’s why EVERYONE ROOTS FOR HER. Now Coach Harvey has once again dipped into the shore conference and stole a little piece of royalty. Annie Mako is going to bring a toughness and a work ethic even Montclair will be surprised about. She has also, much like Montclair State, played in the biggest games on the biggest stages. She will reunite with her former teammate Nikki Stevens who served as a manager at Montclair State. But before any of that happens she will try and cap off one of the most successful careers in Manasquan history…..

Montclair State University it’s a school were winning is a tradition. They also play the best competition. Many young ladies walk on to the Montclair Campus not prepared. They don’t understand they are walking into a D1 environment. They don’t understand the expectations are higher at Montclair than many D1 schools. Many kids need months before they realize they are in the big time. That will NOT happen to Annie Mako. She has been in the big time her entire career. She knows about the bright lights. She knows what tight games look like. She understands what high level competition looks like.  Lisa Kukoda and Manasquan have prepared Annie Mako for this great opportunity and she will help Montclair continue doing what they have been doing for years…because she knows no other way….WINNING…congrats to Annie Mako well done!