MY RANT…ENOUGH TO THESE PARENTS

When will it stop? When will somebody say enough is enough? When will coaches principals athletic directors and other school officials, say we have seen enough. The behavior and actions of some parents are becoming downright disgraceful these days. In past years the craziness didn’t begin until the real season. You know the kids leaving the gym crying, spectators watching with their jaws dropped. Not any more apparently because I’ve seen the worst behavior on and off the court this fall….EVER.

We are the point where parents these days believe they have the right to tell a coach who should and shouldn’t play. We are at the point where for some reason parents believe there kids derseve to play, not because their child earned a spot but rather because they have paid there so called  dues by being part of a team or was expected to play. These parents meet with coaches and question everything the coach does, why? In an effort to  create an environment which allows their daughter or son to play. They want to intimidate or better put a coach on their heels. They do this because coaches are afraid to give these parents truth. There afraid to say, she’s too slow, out of shape, can’t shoot, can’t dribble, cant defend, has a bad attitude or most of all…the players ahead of their child is BETTER. Why are the coaches afraid to give truth? Because they know these parents will twist there words and write letters to  principles,  athletic directors and administrators. What will the administrators do? Cover their asses, not tell these parents who never coached a REAL GAME to take a hike. This gives these parents the impression that anything goes when dealing with the coach…it gives them a sense of POWER OVER THE COACH. There is no fear of repercussions for their boorish bulling behavior

They scream in the stands, bad mouth other kids. They bellyache about everything, shots, playing time, other parents and nobody says a word. They call coaches at home, at work and anytime they please, criticizing other players on their child’s team. Nobody is safe from these parents craziness. Yet nobody says a word and there is no penalty for their behavior. They lie and exaggerate just about everything and anything in order to benefit their child and nothing is done. They do these things because nobody will say ENOUGH. There kids often are bullies because they themselves are bullies. These parents think nothing of confronting a coach, a child or an administrator in public. Do you know why? Because we allow it and hope it all just goes away…well it doesn’t and it’s ruins other kids experience. These parents only care about one child’s experience …the experiment of one child and only child ….THEIRS! and its usually all about one little thing called playing time

I have seen it with my own two eyes. Parents who feel they have the right to tell other parent where there kid can and can’t attend school…or shall I say at least when it come to there school. Especially if the freshman or transfer is better than their child. They don’t care, we live in the United States of America and a parent can send there kid to any school in America they choose…inculding there little precious school.  But some parents don’t believe this. So they tell lies and make false accusations. Do you know why? Because school officials and coaches are scared. There scared to stand up to these parents. They entertain this nonsense that comes with no proff…99% of the time. Why? There scared to tell these parents to take a hike. There scared to say the only thing you child was promised when they choose our school was …THE BEST EDUCATION WE HAVE TO OFFER…it didn’t include   guaranteed playing time on any team for any sport. See that would be too harsh, but guess what? The parents have become harsh and feel they have a say in who plays…and that usually starts with there child.

Now if a child is being mistreated, picked on by a coach or a teammate. A parent must stand up for their child. Verbal or phyical abuse is wrong. The parents are the last line of defense. But if a parent is upset about there child’s playing time or how there being used. That’s an entire different story….TOO BAD! Coaches right or wrong can play any player the way they choose as long as they are the coach. But “NO” parent should have the right to walk into the coaches office or confront them about this. What they should say is ” what can my child do to EARN MORE opportunities. Here is also a new concept for these out of control parents to consider….tell your kid to work harder and be a better teammate. Administrators must stand up to these parents and explain that they hired a coach to do a job, end of story. They must not let bad behaving parents ruin everyone’s experience. If the parent will not change, administrators must tell the child of these parents they can no longer be part of the team. The coaches must demand these children not be allowed to be part of there team. Nowhere does it say a coach has to allow anyone  on a team whose outside distractions, in many cases parents, be disruptive to the team. A parent should not ruin the atmosphere for every kid in a program…. it’s time administrators and coaches start making this clear to parents who are out of control...YOU ARE NOT MAKING THE DECISIONS AROUND HERE!!..no matter how much you you complain and try to intimidate us! The best players and teammates WILL PLAY 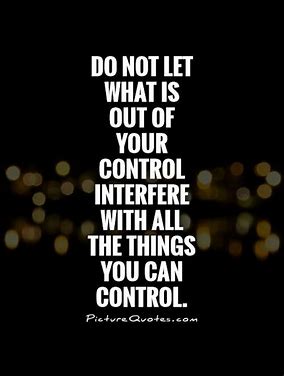 Every coach should remember this!!

This fall I have seen and heard some of the worst behavior imaginable. Its like a disease and running across the state. Coaches are quitting or changing jobs. It must stop and it must stop now, this is unacceptable Behavior. The good parents must step up and say enough when these out of control parents start trying to implement their self centered agenda. I hope coaches remember,you can’t control parents behavior. But you can control  your team atmosphere.. But more than anything else, I say this to coaches.. You would allow parents and some kids to disrespect you? What does that say about your team culture?  I know I wouldn’t and it’s time COACHES SAY…ENOUGH! .. and administrators must get there backs…because there is something ugly happening and good folks need to come together and SPEAK UP and STOP  this ugliness.