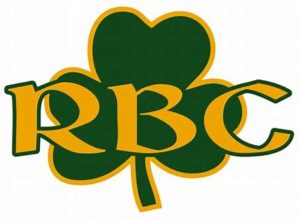 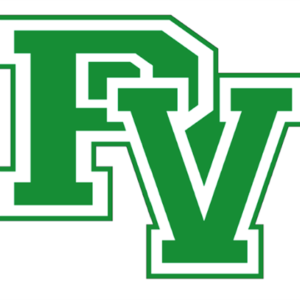 could talk about how they both have helped elevate a sport to new heights. I could talk about how  every college and high school coach have the upmost respect for them. But most know all this, their records speak for themselves. 100 years from now their record will be there for all to see. What the record book won’t show is what I want to talk about. I want to give you a lesson in what makes a GIANT. I want you to understand both of these men represent way more that Championships and numbers . What they represent is something that is dying in high school sports… integrity.

Joe Montano and Jeff Jasper have so much in common that go way beyond the  600 and 1000  wins. When you think about Pascack Valley and Red Bank Cotholic, what’s the first thing that comes to mind? You got it, there  legendary coaches and the culture they have created at their  perspective  schools..  The reason is because both men run their programs with an iron first. No player, parent or supporter is bigger than the program. In a time where outside  influences leave there imprints all over programs. The only imprints on Pascack Valley and RBC are  those of TWO GAINTS;  JOE MONTANO AND JEFF JASPER. There is never drama surrounding these programs. Never Stories of a player who has embrassed the program on or off the court. Never have you seen a player disrespectful to opponents, officials, coaches or fans. Never is a there a blind eye turned.  The reason is simple, Coach Jeff Jasper and Joe Montano simply would never stand for such behavior. Never do they make excuses for players  One of those associated with the programs. They hold everyone with a uniform accountable. Not everyone can wear there uniforms because being a great basketball player is only a tiny part of what matters to these GIANTS.. 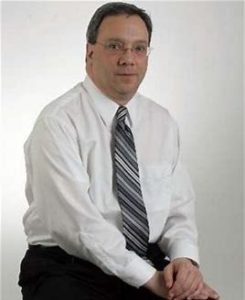 JOE MONTANO has coached some of the best players in Shore history. Many believe all his sucess is because of the talent he gets at RBC. This is the most  misunderstood thing about coach Montano. It was only  5 years ago he had a team do the impossible by going undefeated in the Shore. There have been  teams that have gone undefeated in the past. What was different is that Coach Montano’s team did this without a  Division One player. Never has this happened. What they had is what all Joe Montano teams have…a love for playing for the name on the front of the uniform…Joe Montano has made the letters RBC mean something special to anyone that follows basketball. It goes well beyond having talent. Joe Montano has never sold his or his schools reputation to win titles 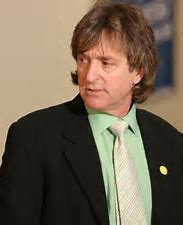 JEFF JASPER teams have won titles and made numerous TOC appearances. The first time I saw his team play my jaw dropped. His Pascack Valley team beat my daughters highly ranked RFH team. I was not shocked by the lost as even good teams lose. What shocked me was how they lost. I felt RFH had more talent but Pascack Valley played like a team that seem to know each other like the back of their hand. The ball movement and unselfish play was something I had not seen in all my years. It seemed nobody cared about anything except the team.  I thought Jeff Jasper was a  Genius. Which gets me to this..Pascak Valley has never had the talent of other Top schools. …EVER!! Jeff Jasper has always had to beat opponents with one thing…Respect for the culture of Pascack Valley. Every kid who plays at Pascak Valley knows, you must give of yourself for the greater cause….THE PASCACK  VALLEY CAUSE…Coach Jesper has always done more than anyone else with less. Coach Jesper has never sold his soul for titles. He danced always with the kids he got. 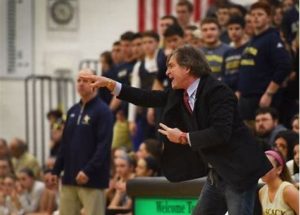 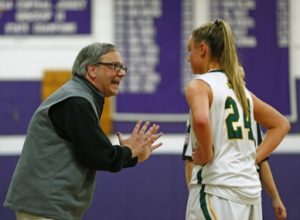 In a time where the AAU couture has spilled over into high school basketball. Joe Montano and Jeff Jasper have remained committed to kids doing things the right way. They believe in players having the high school experience. There are no promises of playing time, awards and promotion. Jeff Jasper and Joe Montano promise a opportunity to wear a uniform which is bigger than any player. Not every kid can play for these two GIANTS. Not every kid want to be part of something. Today kids what to be the center piece and have programs and media, revolve around them. Backroom promises are now common place.  Joe Montano and Jeff Jasper don’t believe in backroom deals. Just like they don’t believe in kids padding stats or embarrassing  opponents by running up scores. Nobody is bigger than than the teams….JEFF JASPER AND JOE MONTANO still believe in one word….CLASS…these are two of the Classest men and Programs in ANY SPORT AT ANY LEVEL. 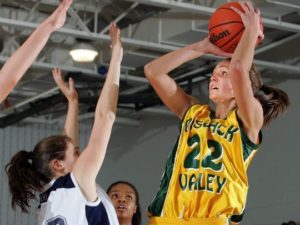 There was a time when most coaches were mentors and teachers. Those days seem to be slowly dying. In a time where so many coaches are best friends with their players. Jeff Jasper and Joe Montanto are developers of Alpha females. They take little girls like Heather Zurich and Lisa Kukoda and turn them into leaders. Then then become friends for life. No two men have the respect of there former players more. The ex players don’t just admire these two GIANTS…THEY LOVE THEM. They love them because the TWO GIANTS never allowed them to short change themselves. They love them for teaching them how to be part of something special. They love them because they ALWAYS KNEW THE GIANTS WOULD ALWAYS DO WHAT  WAS BEST FOR THEM….good luck finding these qualities today. 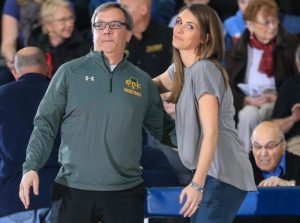 What separates JOE MONTANO AND JEFF JASPER from all other coaches is not there personal accomplishments. It’s that they get young people with big hopes and dreams, to give up some of their individual freedom for the unity of a team and school. It’s a indication of the type of player that wears a Pascack Valley or RBC uniform. The word CHAMPION means diffent things to diffent people. It’s clear the word CHAMPION means something very different to these two GIANTS. Coaches JESPER and MONTANO believe there is something wrong if the word  CHAMPION referred only to the team that wins it all. They believe the word CHAMPION is a state of mind and a code of conduct, which in turn makes every player who plays for them and there schools…SPECIAL 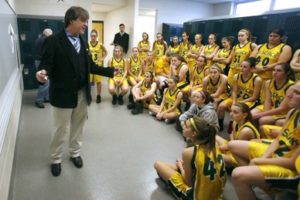 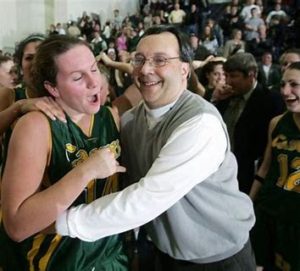 AT times people must wonder about the player who is the distant sub at RBC or PASCACK VALLEY. Why do they make the sacrifices knowing full well, they will not be afforded the same acclaim or playing time as a starter for example? If you ever tend to ponder that query, first ask yourself a more important question. 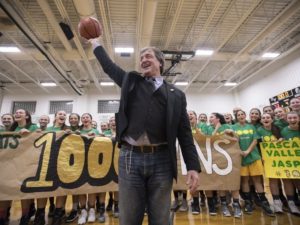 HAVE YOU EVER PLAYED FOR A GIANT? Have you ever been part of something special? Well just  ask all those families whose lives have been touched by JOE MONTANO AND JEFF JASPER and you will have your answer 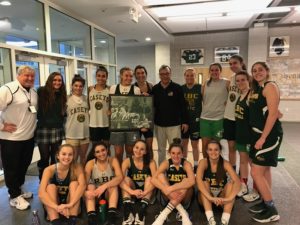