There are times when a kid grows up right before your eyes. There is a change and the change is so clear its impossible to ignore. There entire approach toward everything changes. This summer that’s exactly what took place with Staten Island Academy’s Allie McGinn. 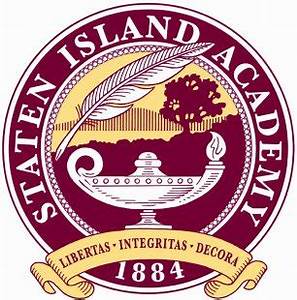 Allie McGinn, has always been the fun lively kid who everyone likes. She has a great sense of humor and an ability to fit into any circle. It’s a asset when a player gets along with those around them. Allie McGinn gets along with everyone. It’s one of the reasons she has Division one offers on the table. Not because her size at 5’11” and insanely quick hands, or her ability to beat opponents off the dribble with her lighting first step or make plays for teammates. Those are all bonus things which come with the package. She has a work ethic and toughness which is flat out off the charts. When I told her she needed to become a better shooter. That’s exactly what she did, become a deadly shooter. She will play any position her coaches ask her to play. That’s because she one of the most competitive players you will ever meet. So having this great personally is just a bonus at the end of the day. But it was this personality that got her in trouble this summer at camp and helped lead to this transformation.

Couldn't make NBS today with @CoachTinyGreen because I had soccer game for HS. Still got to the park to MAKE 400 shots. pic.twitter.com/3P4fJhlaQb

This summer I was not happy with Allie McGinn at camp. She was smiling, laughing and having to much of a good time for my liking. So one day at camp, I jumped all over her and kicked her off the main court. I also did not allow her on the court with the Top 30 players. We pick the 30 players who play the best each day and they play on the main court. I told my coaches that Allie is not be chosen. Then I told her in front of everyone. “Your living on rep and not game” I could tell she was upset by this. But I know that Allie is a grinder and I wanted her to grind. I wanted her to appreciate all the time she puts in the gym and never take it for granted. I knew her grandfather had made the hour drive from Long Island to camp. I knew it meant getting up at 6.30 to make the trip, when her dad drove. I wanted Allie to know, these workouts were not to ever be just a routine. I reminded her that nobody cared that she played for the 2021 ShoreShots. I told her she is judged by her daily performance. Then everyone went to their courts and Allie McGuinn played as hard as any kid could possibly play. It was on this day I saw a change in Allie, that I have not seen in any other player, this entire year. 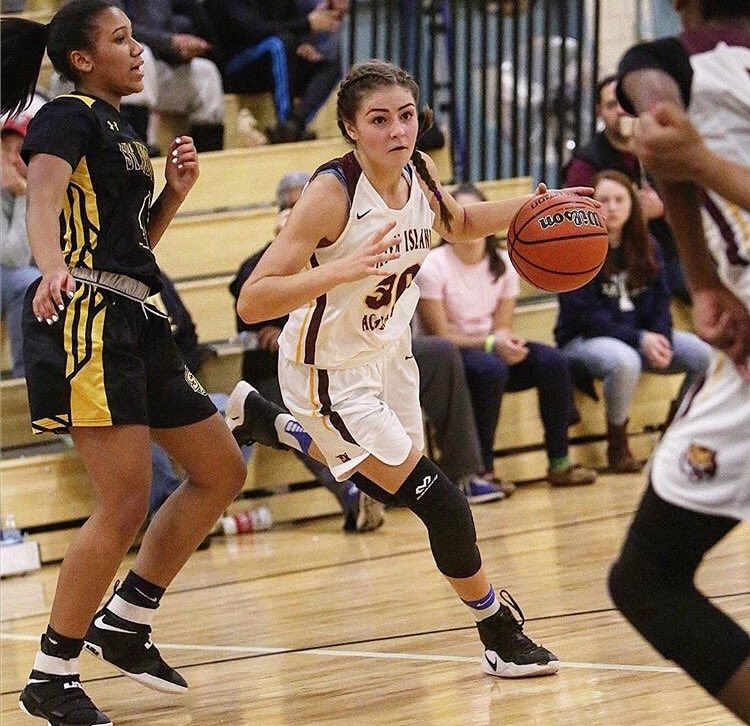 When we all met on the baseline after playing. I told Allie, I was so proud of her because she got lit up by me. Yet came back and responded, she didn’t pout or make excuses. She just went out and played hard. It was a sign of things to come. Because the rest of the summer Allie McGinn did her best super women impression. In the fall, nobody worked harder on their game. I matched her up with one of the best 2021’s in the state everyday at NBS. She is 6’2″,  long and just as skilled at Allie. The two of them would try to kill each other at NBS. It was by far the best match up at NBS, so good in fact I never changed their match up the entire fall. I have never, ever done that in 18 years at NBS. These two young studs just got after each other. The best part of the entire thing was they became friends over the 3 months. Allie McGinn has grown up so much in the last 5 months its really hard to be believe. Her mental approach to the game has been amazing for such a young player. I have never seen a kid step up like she has done this fall. I told her dad “you better get ready. “You daughter  going to have a season that is going to even blow your mind”.

How great is my little brother? https://t.co/MDksbIjcqc

Allie McGinn has had to be a rock, she has watched her younger brother survive brain surgery to remove a tumor. She never showed a hint of this stress and never told me about it once. Her entire family has had to fight this battle together. But Allie McGinn has a toughness you cannot teach. I believe she gets some of that from a her 5 year old brother, who has officially won the battle of his life, this past month. Maybe it’s why this summer she was able to step up so big. Allie McGinn, little sister  Kasey is going to be special. She is in 3rd grade and is already flashing her big sister’s talents. Allie is a role model for both her younger siblings. I think that Allie McGinn, has something few kids have today. An ability to get the job done without making excuses… 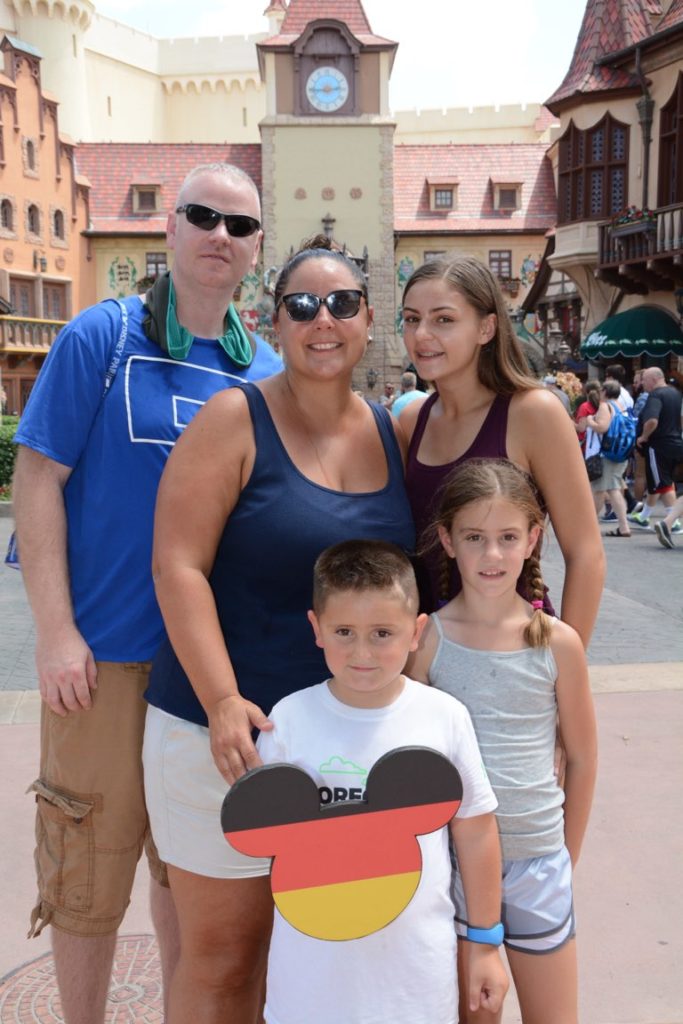 I really don’t know where to start with Allie McGinn. I just know there are few kids out there like her. I know whatever school gets her signature on a letter of intent one day, is going to be very lucky. Allie is a winner and fighter. Allie McGinn does little things beyond her skill sets. She has this ability to let your coach her hard and respond to it. This summer, I watched her high school team play. She was playing center and never complained or said one negative word about playing out of position.  Allie is one of the most reliable kids I have ever met. Again she just does not make excuses. You tell her to work on something and she doesn’t question it. She just goes to work.

I consider Allie McGinn, Shore Adopted. She plays for the most talked about AAU team in New Jersey the ShoreShots. I had a local Division one coach tell me this, “you know Tiny, I think when its all said and done, Allie just might be the best of the bunch”  he could be right!  I feel like she has been around forever. It’s why I’m 100% sure before she plays her last game at Staten Island Academy, she will be a one of the most well liked and respected players in the schools history. I already feel that way about her and her family right now. They are close knit crew and support each other. They know their daughter will soon play Division one basketball. Yet working hard and remembering family comes first is what they are all about…they should also know Allie is getting ready to have a dream season and they can bet the house on that folks. 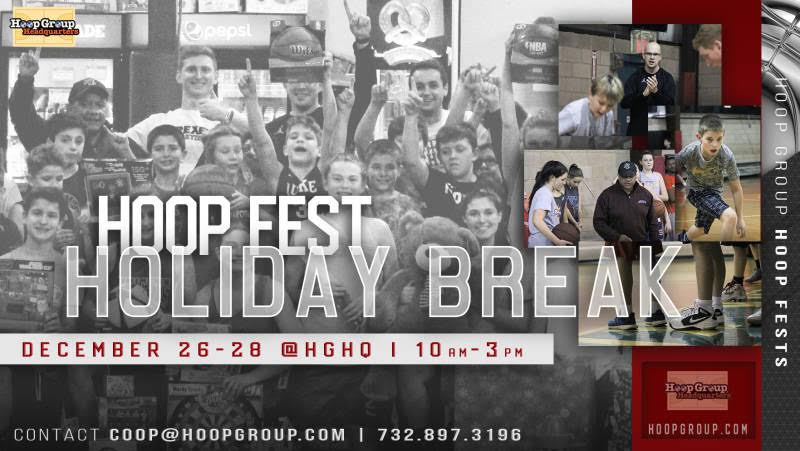 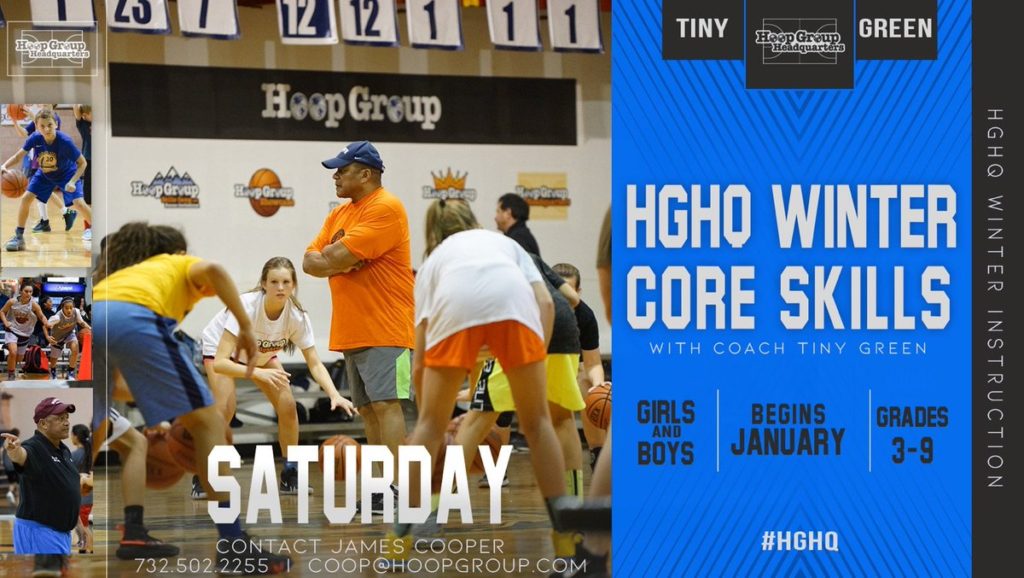