WHERE HAS ALL THE TALENT GONE?

I had two of the best AAU basketball coaches in the pass week, say to me, this is the least amount of talent in the area EVER.  Both said the drop off in talent is because kids don’t want to be in the gym. Well they are right to a certain degree. But I have a different opinion but I believe we are getting to the same place.

A former Big East Head Coach asked me if the Shore Conference is as good as it’s been in the past? I answered “NO” anyone who has been around the shore knows this to be true. The teams are not as talented and the talent in the player pool has dropped.  But I believe that the overall state talent is down as well. I recently saw a State Top Ten ranking and I can tell you 5 of those teams would not be top 4 in the Shore and if Haley Dalonzo doesn’t get hurt, it would Top 5. So why is the Shore and the State talent down? It’s a combination of 4 things in my opinion, Coaches chasing our best athletes out of the sport too early. Controlling Coaches, Bad Advice and yes to some degree kids not getting in the gym. So let me explain.

I am not going to list the number of talented two sport players over the years. But let me give you two as an example. Shanelle Colman of East Brunswick and Haley Dalonzo of Middletown South. Last year after watching Haley Dalonzo play a AAU game, her father came up to me and said he daughter may give up soccer or basketball. Now understand Dalonzo is an elite soccer player and basketball player, she has D1 offers. He said both sports coaches were pressuring her to choose. I laughed and told him to find a new team at least in basketball. She decided to give up soccer for I believe the fall or spring. Don’t hold me to that , the point is that she was forced to choose. This folks is happening more than you think these days and at an earlier age. Guess what? There are a lot of Haley Dalonzo’s who did not choose basketball. Shanelle Colman is one of the fastest 10th graders in all of America. She is also a D1 basketball player, if she played in the shore everyone would know her name. But recently she was ready to give up basketball for the  spring and summer, because she could not find her a team that would allow her to do both sports. Thank god she found a team. These are two examples, of talented kids who found a way to continue their basketball development. But I can list many more examples, where great talent choose to play THE OTHER sport….many talented athletes are chased out of the sport at an early age.

Next controlling coaches is a major reason the talent level is down, why? Because in some cases the coach is telling the kid where and who to train with. Forcing them to in many cases to train within there AAU organization. This is dangerous trend that will catch up with kids in time. Playing and training with the same group of kids year round will hurt a player long term. Many coaches are controlling all the kids’ movements. I had a coach last year advise a kid who signed with a D1 school, it was better for her to train with his team of D3 players rather than attend workouts at MONMOUTH UNIVERISTY…folks he was dead serious. The reason? He wanted to control the player. There was in my opinion a real fear of somebody stealing her or removing her from a practice setting that she makes better, therefore hurting his team. I know a player who went to a ball handling coach because her coach told her to do. Folks without trying to be mean….she needs a new ball handling coach in a hurry, because not one college coach is seeing the benefits. You see years ago this type of behavior with coaches was not going on, kids could go and do as they please. Here is a dirty little secret the parents and in some cases the kids are afraid of the coach. This has led to kids not training in the best environments for their development.

I agree with the AAU coaches, getting in the gym is also a problem. I am shocked how many kids you have to tell, get to point guard school, core skill, come shoot on your own.  Many kids talk about weighting training, speed and conditioning but not their game. I say wait, you can’t shoot or dribble but you are worried more about speed and condition….CRAZY! In many cases for whatever the reason, some don’t have time to get in the gym. Studying or not having transportation has become a real issues these days.  You say Coaches should call kids out on their work ethic right? Well that’s easy for me to say, I don’t coach an AAU team. If you get too aggressive he or she may just start looking for a new team. The list of players who trained with me as youngster who no longer do, is so long it would take 100 blogs. Most leave because you bruise their ego, don’t give the love or are jealous of  other kids getting attention. In my case I can say deuces and good riddance, because NBS is bigger than any player. But AAU coaches don’t have that luxury. Talent rules the day and they must keep that talent happy …even if in some cases the player doesn’t reach their potential.

Bad advice, I can think of nothing that is hurting the development of kids today more. Why? There are so many choices which to play and train at now. Navigation of what to do these days is a real challenge. Who to trust and listen too…is not an easy decision.  I know a young lady who was considered one of the best 8th graders in the state; her development has come to a complete halt. It has been shocking and sad, but she has listened to the wrong the people. Her AAU coaches tell of all the interest from college coaches and feed her false confidence. Many times the parents put all their hope into people whose advice is simply bad. I have seen kids in great teaching setting leave teams because somebody told them they would be better off…the kid was developing and was happy but that was not enough. Bad advice is killing some real talent.  I know a point guard who every year I tell, you need to become an offense threat and work on this skill set. But I believe she is getting bad advice, because she trains the same way every spring…SAD.

Yes the talent level is clearly down in the Shore, but also across the state. This year’s freshman class was special. Last year’s freshman class was great as well, now the question is will it develop. I would tell you not all those kids are gym rats like Lola Mullaney for example. I would tell you some are even spoiled and catered too. The junior class has 4 players all on the D1 bubble, why? Ball handling ability…ball handling! Folks do you how silly that sounds. But it’s true and all the above factors are some of the reasons why.  Next year’s incoming freshman  has 7 D1 locks, that number is shocking, because the shore averages about 15 D1 players a year. This year we had all time low of 12 D1 players in the senior class.

I believe these things go in cycles and maybe we are just in a little low. But I also know there will always be kids who develop. If somebody told me 3 years ago Katie Foos would have a legitimate chance to be a college starter, I most likely would have disagreed strongly. But she has willed herself into my opinion as the best available spot up shooter in the Shore. But she also paid close attention to her ball handling and skills sets. But also I think being dismissed by so many over the years has worked to her benefit. I believe you will have more Katie Foos types as the years go on. I know an 8th grader for instant who is not a lock D1 but I am very confident she will be a first team all shore player one day, why? She loves being in the gym. Not every kid is or should be expected to have the work ethic of a Kelly Campbell. But a good, solid work ethic is certainly something every kid needs in order to be successful 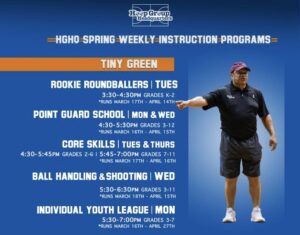